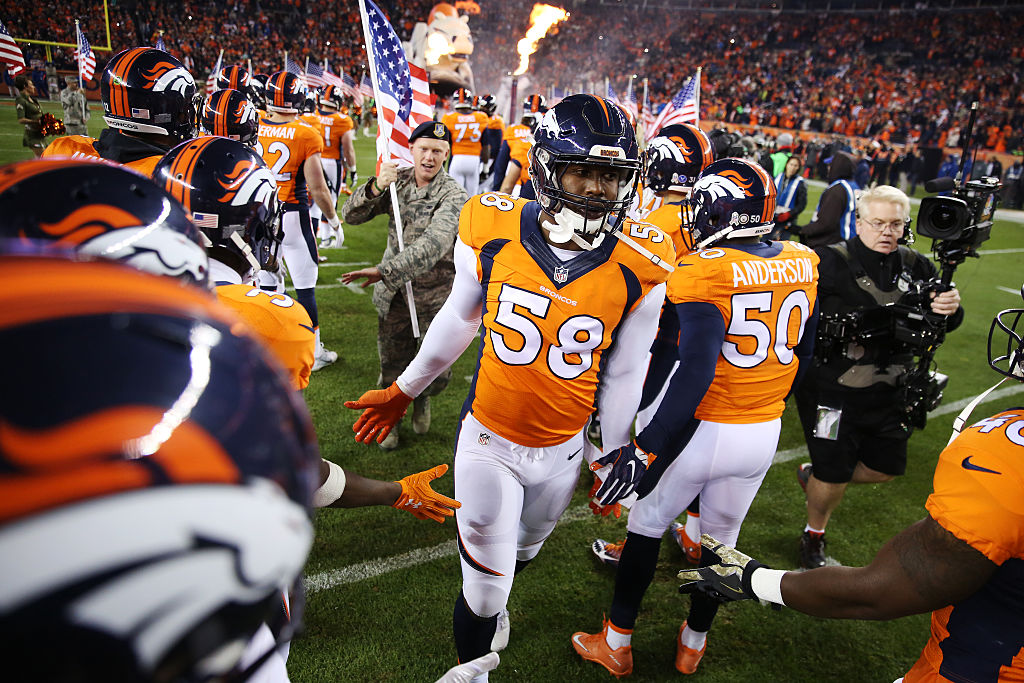 The hit Chris Harris Jr. took from Harry Douglas continues to be a boiling point with the Denver Broncos this week. Aqib Talib basically put out a very public warning for Douglas, but Von Miller has taken some time to cool down and try to put things in perspective. To Miller, he wants to see his NFL colleagues handle themselves a bit more like those in the NBA do.

“They’re playing hard and the superstars are going to be superstars, but they’re always taking care of each other,” Miller said this week, according to ESPN. “There’s never crazy, hard fouls that can lead to somebody getting hurt. That stuff happens in basketball, but it’s never intentional.”

This may be true. There are intentional hard fouls at times, and from time to time, emotions boil over and some pushing and shoving can get a little out of hand, but it does feel the NBA is a league where the players are a bit more, shall we say, considerate of the well-being of their opponents. Relatively speaking, of course.

Miller also makes a good point in suggesting hard fouls that do happen in the NBA tend to take place with the actual play on the court, as opposed to being a good distance from the ball at the time. The hit on Douglas happened a fair distance from the play on the field at the time, which did not sit well with Miller and other Broncos players. And even then, sometimes you know when to lay back a little during a play in the NBA.

“In the NBA, you see it all the time. You know, guys can go up for a huge dunk and you see a guy coming in and trying to defend the shot or the dunk and he eases up a little bit,” Miller explained. “He takes care of his opponent.”

Do that in the NFL and you will quickly be labeled “soft.”