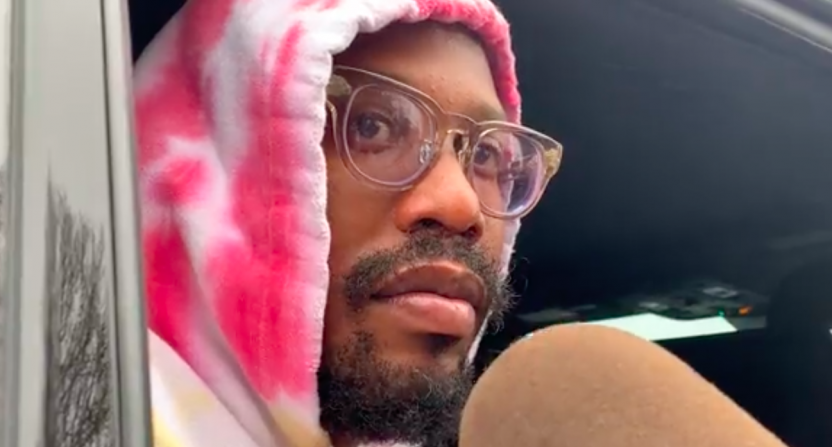 The NFL world was shocked on Monday when news dropped that the Denver Broncos were trading eight-time Pro Bowl linebacker Von Miller to the Los Angeles Rams for draft picks.

Miller is now saying his goodbyes to his friends in the Broncos’ training facility. pic.twitter.com/wJjlDOQkPU

For the Rams, the move means they’re all-in on this season, having essentially forfeited many of their upcoming draft picks. That now-or-never attitude could pay off for them, especially given the defense they’ve lined up for themselves.

As for the Broncos, it’s the end of an era. Miller was drafted No. 2 overall by Denver in the 2011 NFL Draft and he made good on the hype that accompanied that. The eight-time Pro Bowl selection has also received first-team All-Pro honors three times and second-team All-Pro honors four times. And of course, he was Super Bowl MVP when the Broncos won Super Bowl 50 in 2016.

Denver7 reporter Troy Renck caught up with Miller as he was leaving Broncos facilities on Monday and headed to Los Angeles. Miller shared it’s still hard to know how to feel about things ending so abruptly but he maintains some perspective about what lies ahead.

Just got an emotional @VonMiller on trade. Hard to see him go. He was still a little numb. #Broncos #Denver7 will post more later as well pic.twitter.com/0s6medE69o

“It’s still hard — you can’t really put it into words,” Miller said. “Somebody told me once you want to make God laugh, then make plans. You’ve just got to keep going, keep taking it one day at a time. I’ve got a beautiful baby boy, had a lot of beautiful years here, lot of great memories, lot of great teammates, lot of great coaches, lot of great fans.”

Miller and Broncos fans will always have that Super Bowl victory, no matter what else happens in his career.

“Always have Super Bowl 50 — seeing the pictures when I was walking out made me tear up,” Miller said. “We always got Super Bowl 50, always got Broncos Country and got to keep going.”

Miller will always be remembered fondly by Broncos fans and is almost certain to one day join their Ring of Fame.