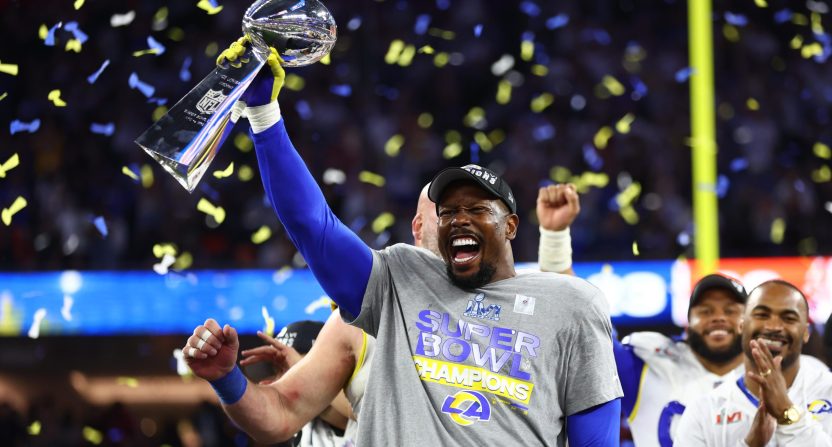 The Los Angeles Rams are looking to “run it back” in 2022 and defend their Super Bowl championship. They’ve got a lot of pieces in place to do that but they’re still trying to figure out if Von Miller will be one of them.

Miller’s Instagram Story from Saturday night certainly seems to imply that he wants to be part of that process. Miller posted an image of a checklist that includes three items that he and the Rams accomplished (winning the NFC West, winning the NFC, and winning the Super Bowl). The only unchecked item on the list? “Run it back,” which is the phrase that many people in the organization have been using to talk about winning another title next season.

Does Von Miller know something? 👀 pic.twitter.com/MktujG4TTH

There seems to be more to back up the idea that Miller wants to come back for a second season with the Rams after being traded there by the Denver Broncos. NFL Network Insider Ian Rapoport reported Saturday that there is “mutual interest” between the two sides. Rapoport noted that Miller will “no doubt command a big payday” but he thinks that Los Angeles will do what it can to keep him in uniform.

“It’s gonna be high but I have no doubt the Rams are going to do everything they possibly can to bring him back,” Rapoport said.

This is Miller’s first time as an active free agent but the 33-year-old clearly seems to want to stay put if possible. And his pash-rush buddy Aaron Donald has said that he wants Miller (and Odell Beckhan Jr.) back if he comes back, there’s a lot of reasons to return and “run it back.”