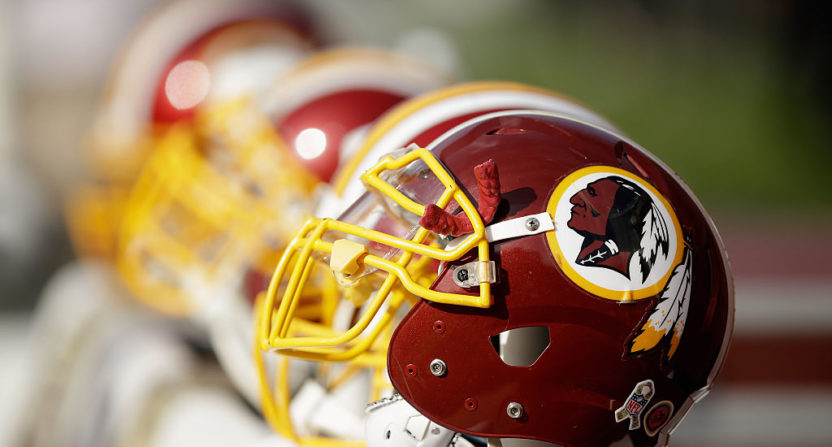 That may finally have been the breaking point for Dan Snyder, as the team released a statement today promising a “thorough review” of the team name.

And here it is: the Redskins are undergoing a thorough review of the team’s name.

And let’s be clear: There’s no review if there’s no change coming.

Redskins on way out. pic.twitter.com/ZrS3cCvhMg

While Adam’s point on the review only taking place if the name is changing feels a bit optimistic, it is certainly long past time, and the sponsors are serious (after facing pressure themselves.) Nike, for example, removed all Washington gear from their company site. As for the statement itself, Snyder’s quote is pretty much a big nothing, but Ron Rivera’s choice of words is interesting:

“This issue is of personal importance to me and I look forward to working closely with Dan Snyder to make sure we continue our mission of honoring and supporting Native Americans and our Military.”

The mention of the military comes seemingly out of nowhere, but it’s that incongruity that could be a clue. If Washington does finally change it, going with a new nickname that is somehow tied to the military is a logical step for a variety of reasons.

The Ron Rivera quote invoking the military seems to come out of nowhere, but it also seems to indicate the path forward. A military based nickname seems like their best chance to placate all sides. https://t.co/vQ1GcoNURl

It would obviously still be imperfect, but something referencing the United States military makes more sense for a Washington D.C.-area team than it does anywhere else in the country, and the league has a relationship with the military that isn’t likely to change any time soon. It also cuts off the potential crowd who would complain about PC-culture (their probable words) leading to their team’s traditional racist nickname changing; no group of people is more susceptible to “What, you don’t support the troops?”

They’d probably fold into themselves until they winked out of existence if they had to figure out a way to get around that.

Now let’s all just hope Snyder falls in love with “Generals” and does absolutely zero research before announcing it.