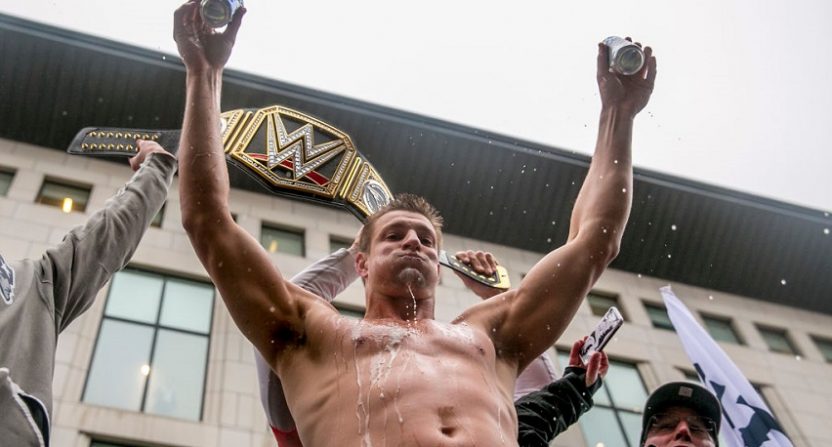 OK, we know: the Super Bowl just ended. But that’s already been like three days ago. The Patriots had their parade celebration. The 2016 NFL season is over. And it’s never too early to begin thinking about next season.

While the Patriots enjoy their victory tour and the Falcons work through the seven stages of accepting such a heartbreaking loss, the rest of the NFL is moving ahead toward the next campaign. The NFL Draft and free agency still loom on the calendar, but as things stand right now, how do all 32 teams currently rate? Here are some unnecessarily early 2017 NFL power rankings.

2. Green Bay Packers (12-7): The Packers have the best quarterback in the game and a hell of a lot of momentum. They just ran out of gas, thanks to so many injuries in January. If they’re healthy, they’re the cream of the NFC crop.

3. Seattle Seahawks (11-6-1): This is me betting that they finally address that offensive line. Throw Earl Thomas back in there, too. And don’t forget that they were in the mix without either of those components in 2016.

4. Oakland Raiders (12-5): The NFL’s most improved team was on a tear before losing MVP candidate Derek Carr. They’re young, loaded with talent and flush with cap space. They’re only going to get better.

5. Denver Broncos (9-7): Super Bowl hangover, guys. I’ve had a lot of hangovers over the years, and I can tell you that nothing’s better than the feeling you have when waking up the day after a hangover. The Broncos are sleeping like a goddamn baby, and they still have the best defense in the NFL. They’ll be ready to make a run in 2017.

6. New York Giants (11-6): That defense got better as the season progressed, and we’re still talking about Eli Manning and Odell Beckham Jr.

7. Pittsburgh Steelers (12-6): I’m detecting a little too much turmoil. Is the feces about to hit the fan in Pittsburgh? They still rank highly because of the Killer B’s, but — like Iran — they’re on notice. 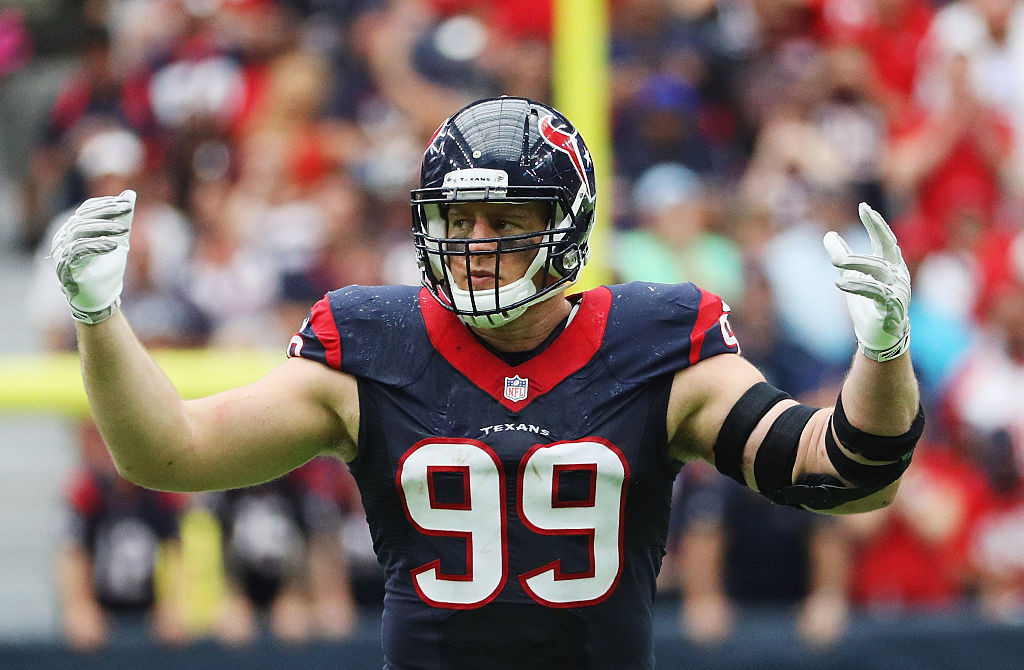 8. Houston Texans (10-8): Take the league’s top-rated defense and add J.J. freakin’ Watt. I’m also ranking them here in hopes that they get better quarterback play in 2017, because it can’t get much worse. I’m looking at you, Tony Romo.

9. Tampa Bay Buccaneers (9-7): They improved greatly in 2016, and Jameis Winston could have a breakout third season. I’m expecting double-digit wins and a playoff appearance, especially considering how much money they have to spend in free agency.

11. Washington Redskins (8-7-1): This becomes non-binding if they do something stupider than calling themselves the Redskins. Like letting Kirk Cousins go.

12. Dallas Cowboys (13-4): I know, I just pissed off a bunch of Duke/Lakers/Yankees fans, but the good news is that I have no data to defend this decision. It’s all in my gut. Sophomore slumps are real, and nobody ever wins the NFC East two years in a row.

13. Miami Dolphins (10-7): Despite their talent at quarterback and elsewhere, I don’t really know if anybody believes in the Dolphins. But that’s how most of us felt about the Atlanta Falcons at this point last year.

14. Atlanta Falcons (13-6): Speak of the devil. The traumatized Falcons may need counseling and that Super Bowl hangover will be raging. We’re talking nausea, migraines, the whole gamut.

15. Carolina Panthers (6-10): Let’s not forget that they were in the Super Bowl just a year ago. Same quarterback and still just as talented on both sides of the ball.

17. Kansas City Chiefs (12-5): In order to compete in that division, the Chiefs will have to get better. That’s hard to do when you’ve got no salary cap space and Eric Berry is slated to hit free agency. Good luck with that.

18. Arizona Cardinals (7-8-1): They’re better than that record and they have tons of talent on offense and defense, but I do think they have a ceiling with the aging Carson Palmer under center.

19. Baltimore Ravens (8-8): The defense will continue to be good while Joe Flacco continues to try to live off of the 2012 playoffs.

20. Philadelphia Eagles (7-9): Carson Wentz remains a wild card, but at least we know he might have it in him. That’s something in a league with 32 teams and fewer than 32 franchise-caliber quarterbacks.

21. Indianapolis Colts (8-8): Considering all that’s gone on in Indy the last couple years, it’s crazy to think how much lower they’d be on this list if not for Andrew Luck. So long as he’s around, they’re at least mediocre.

24. Minnesota Vikings (8-8): The Vikings were just as phony, but they weren’t a contender. With Adrian Peterson’s future up in air and Teddy Bridgewater’s status TBD, they lose more points for now.

25. Los Angeles Chargers (5-11): It’s not as though they lack talent in a major way, but they’re stuck in the league’s toughest division, they’ve got no money to spend and I think the move will do some damage.

27. Jacksonville Jaguars (3-13): Even if the defense improves and Blake Bortles finally gets it together, they’re still at least a year away.

29. Cleveland Browns (1-15): I’m giving the benefit of the doubt to Cleveland’s process. That’s why they aren’t ranked last.

30. Los Angeles Rams (4-12): Because we haven’t decided Jared Goff is a bust yet and it’s possible they haven’t totally ruined Todd Gurley’s career yet.