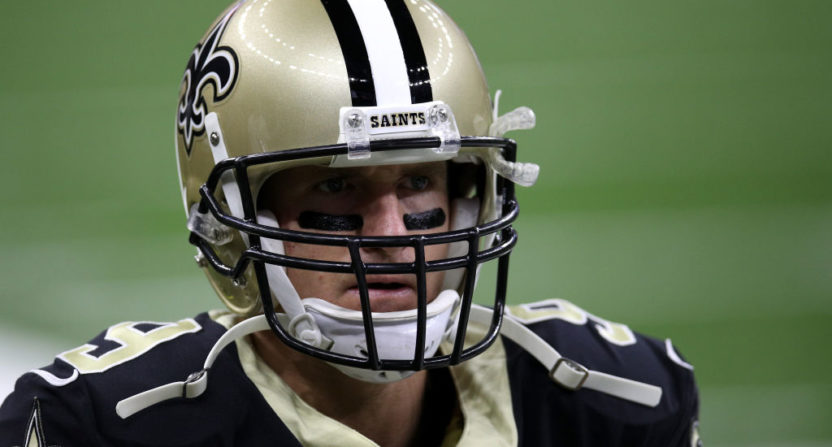 Week 10 of the 2017 NFL regular season is here, and you might be entering the weekend with your own preferences regarding which games to focus on, and which to place on the backburner.

Apologies to CBS, which drew the short straw with FOX this week. They have a comically bad batch of games, while their competitor is airing each of the week’s top three matchups.

1. Saints at Bills (Sunday, 1 p.m. ET, FOX): Once a team is riding a winning streak of half a dozen games, it’s time to pay close attention. And a road matchup with a Buffalo team that is very much in contention sounds as though it’ll be juicy.

2. Cowboys at Falcons (Sunday, 4 p.m. ET, FOX): The NFC’s top two teams from last season haven’t been on their game this year, but Dallas has gotten hot and Atlanta needs this home victory in a major way. Should be close with plenty of fireworks.

3. Vikings at Redskins (Sunday, 1 p.m. ET, FOX): One of the league’s top defenses against one of the league’s most exciting offenses in a potential playoff preview. Both teams really want this, and it should be tight.

4. Patriots at Broncos (Sunday night, NBC): Don’t overlook Denver here. The Broncos have beaten New England in three of their last five meetings, and Tom Brady has a passer rating of just 82.6 in those affairs.

5. Chargers at Jaguars (Sunday, 1 p.m. ET, CBS): Los Angeles is still hanging around and the Bolts play an exciting brand of football. Could be worth checking them out against the contending Jaguars, who have the league’s top defense.

6. Seahawks at Cardinals (Thursday night, NBC/NFL Network): Seattle hasn’t been right but is in the thick of it, while the Cards are trying to stay alive. That makes for a solid Thursday night divisional matchup, especially considering that every Seahawks game is a thriller these days.

7. Bengals at Titans (Sunday, 1 p.m. ET, FOX): The Titans are an interesting team to watch and it wouldn’t be shocking if Cincinnati kept this close. Monitor until late.

8. Giants at 49ers (Sunday, 4 p.m. ET, FOX): This game is so bad it’s good. Major draft implications. If only we could see Jimmy Garoppolo.

9. Dolphins at Panthers (Monday night, ESPN): Miami isn’t as good as its record and that offense is boring. There’s also a chance this’ll be a prime-time blowout.

10. Texans at Rams (Sunday, 4 p.m. ET, CBS): The Tom Savage-led Texans just aren’t a draw right now and there’s a good chance this is one-sided. The Rams are worth checking out, but this still takes a backseat to Cowboys-Falcons.

11. Steelers at Colts (Sunday, 1 p.m. ET, CBS): Pittsburgh should crush an Indy team that has nothing in the tank, so this can be ignored unless you’ve got fantasy implications.

12. Browns at Lions (Sunday, 1 p.m. ET, CBS): Probably only worth checking out if the 0-8 Browns have a chance to upset a playoff contender in the fourth quarter.

13. Packers at Bears (Sunday, 1 p.m. ET, FOX): The rivalry just isn’t the same when both teams are babying their quarterbacks. Green Bay and Chicago are just going through the motions now.