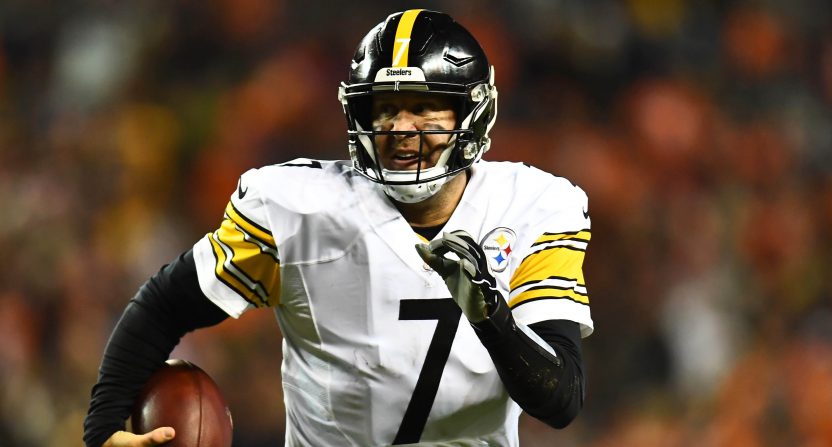 Week 13 of the 2018 NFL regular season is here. You might be entering the weekend with your own preferences regarding which games to focus on, and which to place on the backburner.

1. Chargers at Steelers (Sunday night, NBC): Two AFC contenders and a tremendous battle between future Hall of Fame quarterbacks in prime time. As long as the Chargers stick around sans Melvin Gordon, this should be a barnburner.

2. Vikings at Patriots (Sunday, 4 p.m. ET, FOX): Both Minnesota and New England really need this in the midst of playoff races, and these two teams are pretty evenly matched. There’s a chance the Pats pull away at Foxborough from a Vikes team that is sometimes mistake-prone, but there’s a better chance this is up for grabs in the fourth quarter.

3. Saints at Cowboys (Thursday night, FOX/NFLN): Regardless of whether you believe in Dallas, this is a high-quality matchup between two talented and popular teams that lead their respective NFC divisions. And with the game in Arlington, there’s a chance it’ll be close.

4. Browns at Texans (Sunday, 1 p.m. ET, CBS): Cleveland has become one of the most entertaining teams in the league, while the Texans are riding an eight-game winning streak. This might be a lot of fun if the Browns can keep it close.

5. Redskins at Eagles (Monday night, ESPN): I mean, it’s a game that could eventually decide who wins the league’s most popular division and it should be a close contest, but there’s something missing with both of these teams (in Washington’s case, a quarterback).

6. Bears at Giants (Sunday, 1 p.m. ET, FOX): Wouldn’t be shocked if the better-than-their-record Giants put up a fight at home here, especially considering Mitchell Trubisky’s injury status. Could be a close one, and it matters to Chicago.

7. Ravens at Falcons (Sunday, 1 p.m. ET, CBS): Wonder if the desperate Falcons put up a fight at home. If so, this could contain a wild finish. Lamar Jackson is also worth checking out.

8. Rams at Lions (Sunday, 1 p.m. ET, FOX): New Orleans could run away with this, but it’s worth monitoring if the desperate Lions stick around at home.

9. Broncos at Bengals (Sunday, 1 p.m. ET, CBS): Denver is playing really well and is now in the playoff picture along with Cincinnati. This should also be close considering the site, but the Bengals are sort of sad right now.

10. Colts at Jaguars (Sunday, 1 p.m. ET, CBS): The Jaguars are a mess and might not hang around here. Only check it out of they do and it’s the fourth quarter.

11. Chiefs at Raiders (Sunday, 4 p.m. ET, CBS): The Chiefs are always fun, but the blowout potential is high here.

12. Panthers at Buccaneers (Sunday, 1 p.m. ET, FOX): The Panthers are still very much alive, but the Bucs are toast and this could be one-sided. Only worth the backburner.

13. Cardinals at Packers (Sunday, 1 p.m. ET, FOX): Neither team is going anywhere, and it probably won’t be close either.

15. Jets at Titans (Sunday, 4 p.m. ET, CBS): Forget the Titans, who have imploded the last two weeks but should still easily beat a much worse and even less relevant Jets team.

16. Bills at Dolphins (Sunday, 1 p.m. ET, CBS): Two teams not going anywhere and no super-major draft implications. These games are the worst.