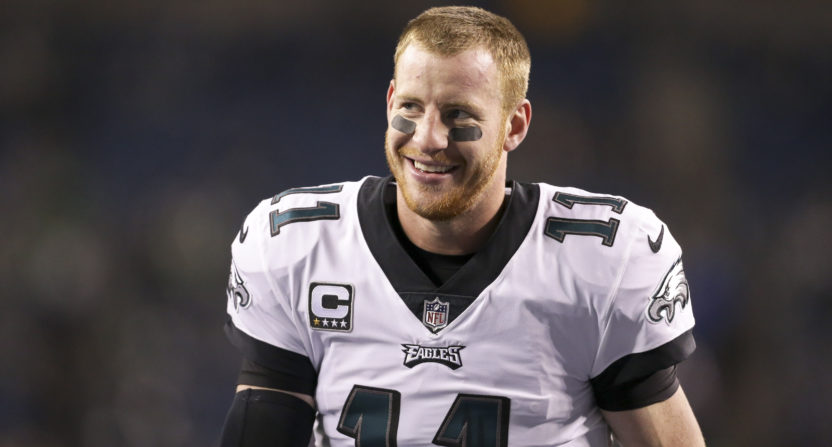 Week 14 of the 2017 NFL regular season is here, and you might be entering the weekend with your own preferences regarding which games to focus on, and which to place on the backburner.

Best weekend of the year?

There are several potentially huge and/or inevitably entertaining games on the slate this weekend. In fact, I don’t recall the last time we had this many seemingly banner matchups in one weekend. Certainly hasn’t happened this year. Here are the biggies this week:

1. Eagles at Rams (Sunday, 4 p.m. ET, FOX): Carson Wentz and the 10-2 Eagles against Jared Goff and the 9-3 Rams. The league’s two most pleasant surprises in a battle that could decide who winds up with a major edge in January. Also a potential NFC title game preview. This is the centerpiece of Sunday.

2. Saints at Falcons (Thursday night, NBC/NFL Network): The Rams are trying to lock down a first-round bye and separate themselves from an NFC South pack that involves the Falcons, who are fighting for their playoff lives. Even without those circumstances, this is a matchup between two of the most entertaining offenses in the NFL.

3. Raiders at Chiefs (Sunday, 1 p.m. ET, CBS): The ultimate early-December desperate game! Oakland and Kansas City are locked in a three-way tie atop a division that will likely only send one team to the playoffs, and you know a matchup under those circumstances between these wild-ass teams will be bananas.

4. Vikings at Panthers (Sunday, 1 p.m. ET, FOX): Minnesota is now the top seed in the NFC but is being hunted by everybody, including a Carolina team that is fighting for playoff positioning. Huge implications here.

5. Ravens at Steelers (Sunday night, NBC): One of the era’s best rivalries, and both AFC North teams are fighting for playoff positioning. This could be a cleaner version of Monday’s Steelers-Bengals game, with a lot more on the line.

6. Seahawks at Jaguars (Sunday, 4 p.m. ET, FOX): Seattle is being carried by MVP candidate Russell Wilson, and the Jags are still trying to prove they’re legit. The blowout potential probably isn’t a concern in Jacksonville, and the matchup between Wilson and that incredible Jaguars defense could be breathtaking.

Keep an eye on these peripheral games

They aren’t worth your full attention, but could require some of it at some point.

7. Packers at Browns (Sunday, 1 p.m. ET, FOX): Green Bay needs this in a major way with Aaron Rodgers likely to return in Week 15, but it wouldn’t surprise me to see winless Cleveland put up a fight at home. If that happens, this becomes a must-watch in the fourth quarter.

8. Redskins at Chargers (Sunday, 4 p.m. ET, CBS): Los Angeles is one of the most interesting teams in the league right now, so if Washington puts up a fight on the road this could be an attention-grabber in the late-afternoon time slot.

10. Patriots at Dolphins (Monday night, ESPN): The Dolphins usually put up a fight against New England, which won’t have Rob Gronkowski. Have to at least monitor this if you’ve got plans Monday evening.

11. Lions at Buccaneers (Sunday, 1 p.m. ET, FOX): Might be some entertainment to be found if it’s close in the fourth quarter, but it doesn’t look as though there are any major implications here.

12. 49ers at Texans (Sunday, 1 p.m. ET, FOX): I stubbornly believe Jimmy Garoppolo is worth some of your time. Give him a series or two.

Just check the boxscore before bed

13. Cowboys at Giants (Sunday, 1 p.m. ET, FOX): Both teams are shells of their former selves, making this one of the least interesting NFC East matchups in a while. I’d tune in for some Davis Webb, but the Giants are stupidly going back to Eli Manning. Forget this stale game.

14. Colts at Bills (Sunday, 1 p.m. ET, CBS): Let’s be real, Buffalo isn’t a legit contender after having lost four of five games. This team will finish 8-8 at best, so there’s little reason to watch them struggle against a terrible opponent.