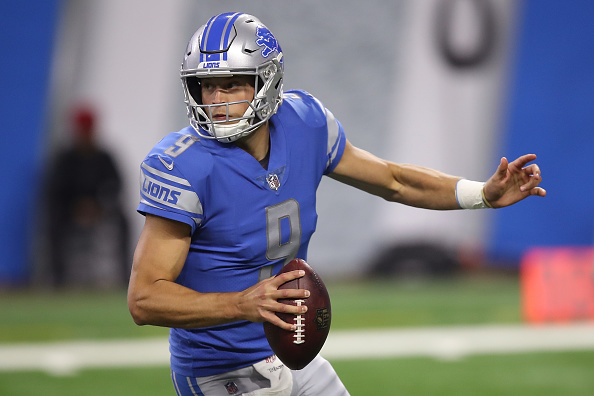 Week 3 of the 2017 NFL regular season is here, and you might be entering the weekend with your own preferences regarding which games to focus on, and which to place on the backburner.

Most of you have your favorite teams and fantasy players to track. But in case you’re completely neutral or need help breaking ties with regard to what to watch, we’ve ranked all 16 games from most appealing to least enticing.

1. Falcons at Lions (Sunday, 1 p.m. ET, FOX): A pair of 2-0 conference rivals that made the playoffs last season, featuring a pair of MVP candidate quarterbacks — Matt Ryan for the Falcons, Matthew Stafford for the Lions — in their prime. Throw in that both squads have some bright young stars on defense and this is worth being your default game to kick off Sunday.

2. Seahawks at Titans (Sunday, 4 p.m. ET, FOX): Marcus Mariota and Russell Wilson. A rising team in one conference against a juggernaut in the other. Tune in to see the new-look, exciting Titans against a supposedly elite opponent, or just to watch the Seahawks offensive line burn.

“The ? is gone!” ~ @mitchholthus #TBT to the last time we played the Chargers pic.twitter.com/zCiDkAHS7d

3. Chiefs at Chargers (Sunday 4 p.m. ET, CBS): The Chargers are often the league’s least lucky/most entertaining franchise, while the Chiefs can do no wrong this season. These teams played two wild, high-scoring games last year. And in Los Angeles, I’d expect more of that on Sunday.

4. Raiders at Redskins (Sunday night, NBC): The Raiders are tearing it up again but in D.C., the Redskins should at least put up a fight. You usually get fireworks from Kirk Cousins at home against defenses like these, so I’m expecting a close game with plenty of points.

5. Saints at Panthers (Sunday, 1 p.m. ET, FOX): Drew Brees, Cam Newton. Division rivalry. Great offense versus a defense that has been nearly perfect this season. Hard to go wrong here, even if both teams are likely to miss the playoffs.

6. Buccaneers at Vikings (Sunday, 1 p.m. ET, FOX): See what the revamped Bucs did to the Bears last weekend? This is worth checking out just to see Jameis Winston and Co. If Sam Bradford (known this week as “Sam Bradford, league’s highest-rated passer”) is able to play this as a top-three game.

7. Giants at Eagles (Sunday, 1 p.m. ET, FOX): Tune in just to see what that strong, deep Philly defensive front will do to Eli Manning and his horrible offensive line. The Giants are a mess, which is always interesting to see. And any game in the NFC East is at the very least worth monitoring.

8. Cowboys at Cardinals (Monday night, ESPN): Dallas always creates buzz, but this could be a dud Monday nighter. Arizona is that bad, and the Cowboys aren’t the same this season.

Punters can throw first downs too ?

9. Rams at 49ers (Thursday night, NFL Network): This generally awful divisional matchup between two weak teams is saved slightly by the fact it’s taking place early in the season. Both teams are technically still alive, and watching Jared Goff and Co. against that talented young San Francisco defense could be a treat. Oh, and this should also be close. It might surprise you in a few ways. I didn’t even mention Kyle Shanahan’s offense.

10. Ravens at Jaguars (Sunday, 9:30 a.m. ET, Yahoo!): The London thing is hardly still a novelty, but the early start is still kind of fun and the streaming aspect makes things a little more interesting. The game itself possesses a blowout risk, but both teams are intriguing for very different reasons right now.

11. Texans at Patriots (Sunday, 1 p.m. ET, CBS): Likely to be one-sided, but you do have the whole Deshaun Watson thing. And don’t forget the resilient Texans were a playoff team in 2016. Also, J.J. Watt and Tom Brady on a field together isn’t something you should fully ignore.

12. Broncos at Bills (Sunday, 1 p.m. ET, CBS): Is Trevor Siemian the real deal? And is Tyrod Taylor in trouble? The drama and questions attached to both quarterbacks make this one worth keeping a close eye on. I wouldn’t make it my centerpiece, though.

13. Dolphins at Jets (Sunday, 1 p.m. ET, CBS): This is the kind of game you ignore entirely until learning it’s close in the fourth quarter. Unless it isn’t, in which case you ignore it entirely. It’s what RedZone was made for.

14. Bengals at Packers (Sunday, 1 p.m. ET, CBS): A stellar matchup in years past, this’ll probably be over by halftime. Tune in if AJ McCarron takes over for the train wreck that is Andy Dalton in the fourth quarter. Otherwise, you have like a million better options, including bars and tone.

15. Steelers at Bears (Sunday, 1 p.m. ET, CBS): If this game doesn’t have fantasy implications for you, it doesn’t need to exist in your Sunday afternoon mind. Likely a blowout anyway.

16. Browns at Colts (Sunday, 1 p.m. ET, CBS): Now that we’ve been exposed to DeShone Kizer and we know Andrew Luck and Myles Garrett won’t play, this is safe to ignore entirely. Could be one of the worst games of the year.