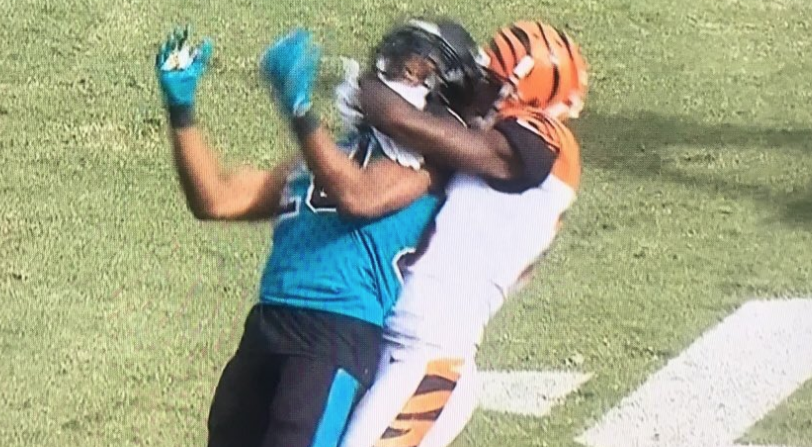 This Weekend in NFL Stupid highlights the dumbest moments and decisions in football throughout the season. We’ll get to the stupid brawls that lowlighted Week 9, but first we take a look at a bad call that might have cost the Ravens a win.

This is simply happening way too much. It’s a byproduct of the league’s continued emphasis on protecting quarterbacks, which is understandable. That’s why I usually don’t blame the officials for botching these calls. There’s a lot of pressure on them with this rulebook, and the game is played so damn fast. That’s also why I think plays like this should be reviewable, because the consequences are simply too dire. But in this case, it was just a bad call.

And it might have impacted the result of a very important game. The call extended a Tennessee drive that resulted in a touchdown. Had the officials not thrown a flag there, the Titans would have kicked a field goal on fourth down. That’s a four-point difference in a game the Titans won by three, which is really unacceptable.

For this, Jalen Ramsey (the shover) received the same penalty as A.J. Green (the brawler)

Yes, Ramsey technically instigated, but that doesn’t mean both should have been ejected. You can penalized Ramsey for the rather innocuous cheap shot without throwing him out of the game. Green should have been the only dude to get tossed.

I’m tired of even having to address these decisions, but…

The Chiefs punted on a 4th-and-7 on the Dallas 42-yard line. Even if you pin them deep on the punt, how in the world is the risk of going for it there not worth the potential reward? Field position is so friggin’ overrated in this league, and you have to consider that there’s a chance the punt is going to sail into the end zone for a touchback anyway.

That’s what happened in this case. In other words, Andy Reid sacrificed a half-decent chance to continue a potential scoring drive in order to save his defense 22 yards on the ensuing possession.

I have just three words for Mike Evans…

Mike Evans is me when someone starts talking down on #JusticeLeague pic.twitter.com/qicTblOx86

It came in a huge spot as the Texans were driving down the field on a two-minute drill down by a score. Houston waited out the play clock before the next snap, but the booth didn’t call for a review.

How the hell does that happen?

Finally, Cam Newton needs to either take a history course or a film class…

Made video of #Panthers Cam Newton saying: "We just lost a great player, but nevertheless the Titanic still has to go."- He never watched it pic.twitter.com/p8qO4W9zVx