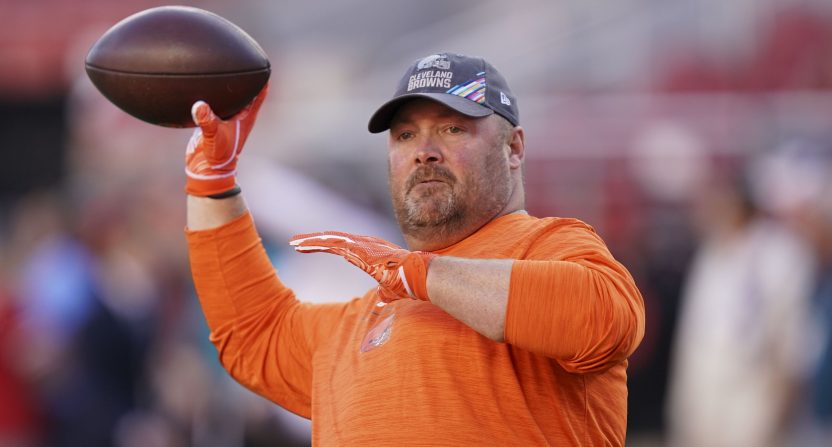 If you’re under .500 right now, you’re probably toast for this NFL season. I mean, maybe the 5-6 Cleveland Browns have a shot at the playoffs, but even then they’d face an uphill battle in January.

With that in mind entering December, here’s a look at what the AFC’s seven losing teams have to do in order to be competitive in 2020. (You can see our similar NFC look here.)

The Browns are essentially locked in with this team now. These are the results of a long rebuilding experiment, and there’s no going back. They have to give it at least another year with this core, but there’s no reason to stick with Kitchens as head coach. He wasn’t qualified to begin with and was in over his head from the start. There’s no discipline in Cleveland, and the culture looks as though it could become toxic at any moment. He’s also a bad game manager, strategist and play-caller. Unless Cleveland wins playoff games, Kitchens should be one-and-done.

Jacksonville Jaguars (4-7): Load up in support of Nick Foles and replace Doug Marrone

They’re locked in with Foles financially and they’ve got something with Leonard Fournette and D.J. Chark. But the offensive line is a problem, and they lack depth beyond Chark in the pass-catching corps. Robby Anderson and Hunter Henry are two intriguing potential free-agent targets. That has to be a huge area of emphasis in the offseason for a team that should also replace Marrone. This team has too much talent to post back-to-back losing seasons. Would love to see them give somebody like Matt Eberflus or Kris Richard a shot. No retreads.

This won’t be easy, and it’s not the entire reason the Chargers have fallen short of expectations. But if you’re in win-now mode and you figure you can’t upgrade over Philip Rivers at this point, the key will be to protect the old man as best you can. The Bolts are in desperate need of stability along the offensive line, and that should be their focus in free agency and the draft.

We already know they won’t dump head coach Adam Gase, so let’s focus on what they can do to become a better all-around team while hoping that Gase, Sam Darnold and the rest of the core can put it all together. The pass rush is virtually nonexistent off the edges, and that has to change immediately if they want to contend. Jadeveon Clowney, Everson Griffen and Dante Fowler Jr. should be targeted if they hit free agency.

In other words, the rebuild has to begin now — and preferably without general manager John Elway, who has tried and failed on too many occasions. Maybe Drew Lock is the answer, and it’s OK to wait to find out, but there’s a good chance he isn’t and the Broncos need to recharge anyway. It’s time to move on from Chris Harris and to get something valuable in return for Von Miller. The Broncos should start operating with an eye towards 2021.

Ditto for the Dolphins, who have already gutted the roster beyond recognition and are focused on rebuilding for 2021 and beyond. All they can do is keep drafting the best players available while making smart purchases in free agency. No reason to believe Brian Flores isn’t the right man for the head-coaching job. They’re playing hard for him.

Maybe that’s LSU’s Joe Burrow, or maybe it’s Oregon’s Justin Herbert. Maybe it’s Cam Newton or Teddy Bridgewater. Regardless, if the Bengals want to push to turn it around in one offseason, they’ll need a stud under center. They’ll also need A.J. Green to return healthy along with a breakout season from Joe Mixon, several new defenders and an upgraded offensive line. It won’t be easy, but this team is actually well-positioned to rebound in comparison to Miami and Denver.