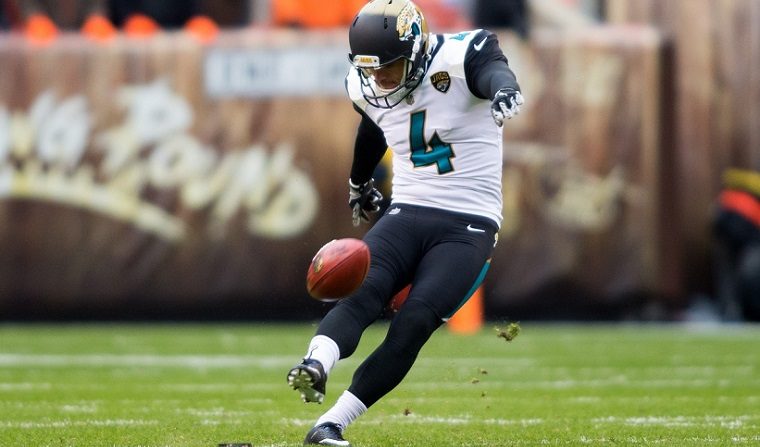 The kickoff is an endangered species.

It’s been teetering on the edge of extinction in the NFL for several years now, with many rules put in place to try to make the kickoff safer. As the evidence has shown, more injuries and concussions take place on kickoffs compared to any other type of play. And the NFL has put so many rules and restrictions into place — from changing how you can block to how far you can stand behind the ball to where you kickoff from and where you take touchbacks out to — that it’s a wonder why the league hasn’t just gone ahead and pulled the plug already.

But that day may be coming very soon.

According to the most recent report from the NFL’s competition committee, injuries on kickoffs are now five times higher compared to other plays. And the number of touchbacks seem to not make an impact, either. The league found concussions even on touchbacks. And Packers President Mark Murphy says the kickoff has to get safer or be put to the sword.

“If you don’t make changes to make it safer, we’re going to do away with it. It’s that serious. It’s by far the most dangerous play in the game.”

Prepare yourselves now, football fans. The kickoff is going to be a thing of the past, and probably within the next two to three years. The NFL has already done everything they can do to change it and make it safer and little has seemed to work.

The extinction of the kickoff will dramatically reduce the impact of special teams by eliminating one of the few handfuls of plays where specialists take the field. But with the field goal and the punt still a part of the game, it’s not likely that anyone currently on an NFL roster or coaching staff will lose their job over this.

Getting rid of the kickoff would be one of the single most dramatic rule changes in NFL history. The kickoff has started every NFL game since the beginning of the league. It’s the standard way teams change possession after a score. It’s the rare occasion where the scoring team has an opportunity to get the ball back. It’s a fundamental part of the game. And no kickoff means no more flash bulbs at the start of the Super Bowl.

But does the eventuality of no kickoffs have to be a bad thing for football? Well…. not necessarily.

The NFL has a number of different options when it comes to replacing the kickoff ranging from simple and straight-forward to creative and unprecedented. Here are just a few ideas:

The Easy Way Out

In lieu of a kickoff, the “receiving” team would just get the ball at the 20-yard line to start every possession. A virtual touchback, if you will. While this would surely save time and be the simplest solution, it does open up some dilemmas.

First, it removes drama at the end of games. What happens to a team that needs an onside kick? If there’s no kickoff, there’s no onside kick. And if there’s no onside kick, it removes any possibility of a team being able to get successive possessions. Any team down by two scores in the last two minutes of the fourth quarter would be guaranteed to lose. Do you think the NFL wants to actively wants to do something that would make their games significantly less exciting? (On second thought, don’t answer that.)

Second, it removes drama at the beginning of games. A team wins the coin toss and then the starting quarterback jogs out to the 20-yard line? It’s hard to imagine any flash bulbs popping for something so seemingly anti-climactic.

Vince McMahon’s brainchild, the opening scramble, infamously resulted in a player missing the rest of the season due to injury. The NFL going with this option has about the same percentage of happening as Tim Tebow returning to the Denver Broncos and winning the Super Bowl this year.

How would you feel about an opening punt instead of an opening kickoff? It’s basically the same thing, right? Maybe? Have the kicking team line up in punt formation with the snap taking place from the 35-yard line. There are some positives: 1) Special teams maintains its same significance, 2) returns are still a major part of the game, and 3) there is still the act of teams actually changing possession.

However, there’s still the major stumbling block of the team that needs to regain possession. That’s where the NFL needs to get creative.

How can the NFL get around a team needing to regain possession? Simply apply the rules of the onside kick to the punt and make it legal for any eligible receiver to gain possession of the football, even if they were to touch the ball first. The NFL could go back to its roots for a play that would look similar to a rugby team that does a high kick designed to advance the ball and win back possession. Kicking teams wouldn’t be allowed to interfere or hit a returnee, but they could at least be allowed to compete for possession with a well-placed and high enough kick. If the league wouldn’t want to go crazy with the rule changes, teams could be forced to designate when they were going for an onside punt and trying to win back possession.

But what if we wanted to take the kick out of it all together and do something wildly different?

What if it was up to an individual team’s offense and defense to decide where they got to start each possession? The “receiving” team would start on the 50-yard line and given one untimed down. Each yard gained would equal a yard the ball was moved up the field on their possession. No gain would mean the team would start on the 20-yard line. A 10-yard gain would begin on the 30-yard line, etc. A score would provide an effective 10-yard bonus that moves the team to the opponent’s 20-yard line and into the red zone. A loss of yardage would move the ball backwards and a turnover would result in the defending team gaining possession at their own 20-yard line.

Imagine the strategy that could develop from just this one play. A team trailing could choose to be more aggressive and try for a downfield pass to gain a shorter field while risking a negative play or a turnover. A team playing more conservatively could run the ball, but would risk almost certainly trying to march down a long field. What better way to replace the kickoff than with an impactful, high-stakes, football play?

What about a team that needs to win back possession? We would have to tweak the Radical Option a little bit to prevent the offensive team from just taking a knee to keep the ball. If a team were to declare the onside option, they would be given the chance to stop the offense from gaining a first down over a series of downs in four plays from midfield. Whoever succeeds would gain possession from where the series left off. This way, an offense or a defense could actually earn possession with the game in the balance instead of depending on the fluky bounce of a ball.

Just think about how momentum could swing if a defense could put its offense back onto the field to give them one last chance to win. The tension and excitement would be unlike anything else we have in the game right now.

What’s your preferred option for when the kickoff disappears? Something simple or something completely off-the-wall? If football is going to be turned upside-down as we know it, we might as well have fun with it.