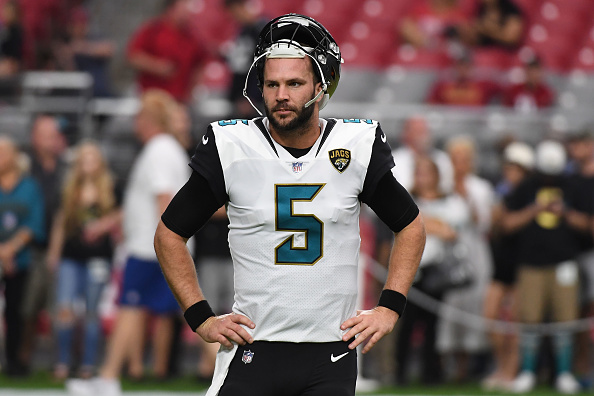 It may be hard to believe for some, but besides Julio Jones finishing his game with 253 receiving yards, Aqib Talib and Michael Crabtree brawling in Oakland, and the Philadelphia Eagles winning for the eighth straight time, there were actually other things that went on during Week 12’s NFL action.

So what exactly were some of these lesser-known moments from the 12th Sunday of the 2017 NFL season?

Titans win in Indy for the first time since 2007

Despite only scoring six points and quarterback Marcus Mariota throwing two interceptions in the first half, the Tennessee Titans were able to pull off a 20-16 win over the Indianapolis Colts on Sunday. The last time the Titans won a game on the road in Indianapolis, Peyton Manning was still the Colts’ quarterback.

Tennessee’s victory had very little to do with their performance on offense, as it was their defense that led the way. The Titans’ defense did not allow a passing touchdown, caused a turnover in Indianapolis territory, and sacked Colts quarterback Jacoby Brissett eight times.

With the win, Tennessee is now 7-4 and their chance at making the postseason for the first time since 2008 is still very much alive.

Their Week 4 matchup against the Cleveland Browns had been the only time this season that the Cincinnati Bengals have scored 30 or more points in a game. That is, until Sunday when the Bengals defeated the Browns for the second time this year by scoring at least 30 points.

Cincinnati defeated Cleveland by a final score of 30-16 and getting the win did not seem very difficult at all for the Bengals. Led by Andy Dalton’s two touchdown passes, their offense rushing for 152 yards, and their defense finishing with four sacks, Cincinnati swept their season series with the Browns for the third consecutive year.

After 12 weeks, Cleveland has still yet to win a game this season. With three of their final five games on the road, the fear of finishing 0-16 is creeping closer and closer to becoming a reality.

Thanks to Jacksonville Jaguars quarterback Blake Bortles throwing a late-game interception (shocker), the Arizona Cardinals were able to get a 27-24 victory after kicker Phil Dawson hit a 57-yard field goal with one second remaining in the fourth quarter. With the win, the Cardinals are now 5-6 this season and making the playoffs is still a possibility.

Arizona’s lineman on both sides of the ball really came up big against the Jaguars. Jacksonville is home to the top rushing offense in the NFL currently and the Cardinals’ defense held them to just 91 yards on the ground on Sunday. While on the other side of the ball, Arizona’s offensive lineman kept the Jaguars’ relentless pass-rushers to just one sack.

Since the NFC has a slew of good teams in 2017, the Cardinals basically have to win each and every one of their last five games to get into the postseason. With matchups against the Los Angeles Rams, Tennessee Titans, and Seattle Seahawks coming up, betting on Arizona making it to the playoffs this year does not seem like the smartest of ideas.

Yes, everyone has probably heard about quarterback Jimmy Garoppolo leading the San Francisco 49ers to a touchdown against a prevent defense during his very first in-game snaps with the team. But the Seattle Seahawks are the team that came out of the game with the win, defeating the 49ers 24-13.

After throwing an interception on his first pass of the day, Seahawks quarterback Russell Wilson settled down a bit and ended up tossing two touchdowns and running for another against San Francisco. Even with the win, Seattle at 7-4 would not be a part of the NFC playoffs if the season ended on Monday.

As for Garoppolo, there is no reason the think that he will not be the starting quarterback for the 49ers next week when they take on the Chicago Bears.

1 thought on “What you missed in the NFL, Week 12: Bengals beat down Browns, Cardinals’ hope alive, Titans snap near decade-long streak”