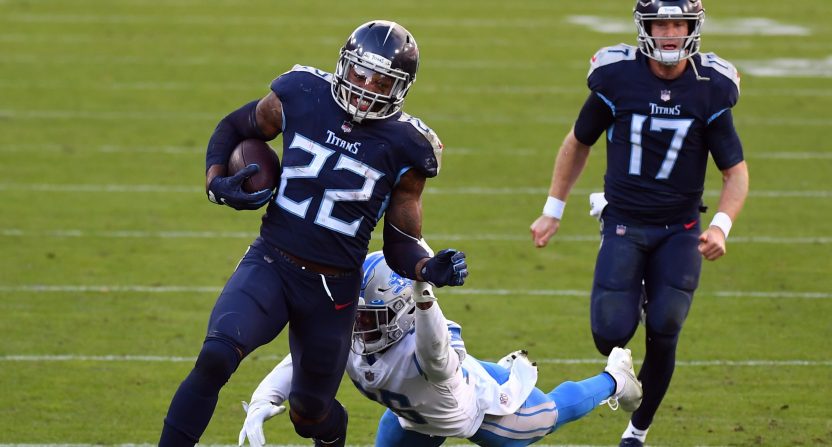 With two weeks remaining in the 2020 NFL season, the defending Super Bowl champion Kansas City Chiefs are practically locked in as the top seed in the AFC. However, seven high-quality teams are vying to take down Kansas City between now and the end of January.

Here’s how we rank each non-Kansas City AFC playoff contender in terms of their likelihood of defeating Patrick Mahomes and company.

7. Miami Dolphins: A tough closing schedule means the 9-5 Dolphins are still more likely to miss than make the playoffs, and they don’t appear ready for a Super Bowl run just yet. The defense ranks first in the NFL in points allowed, but that no-name unit might not have the top-end talent or experience to deal with Mahomes. Plus, rookie quarterback Tua Tagovailoa has yet to move the needle.

6. Pittsburgh Steelers: It’s starting to feel as though the Steelers might not win again this season. The wheels have fallen off for a team that has lost three straight and has become grossly vulnerable even on defense. Aging quarterback Ben Roethlisberger looks beat, the offense lacks balance and stability, and injuries to front-seven defenders Devin Bush Jr. and Bud Dupree have caused issues as well. Forget about the Steelers.

5. Baltimore Ravens: You never know with reigning MVP Lamar Jackon under center for the Ravens, who are suddenly rolling on all cylinders after a midseason slump. But Jackson is 0-3 in his career against the Chiefs, and the Ravens just don’t seem to have the ability to rise to the occasion in January. Maybe that will finally change, but this team has been roughed up in 2020, so the timing isn’t great.

4. Indianapolis Colts: The Chiefs defense is vulnerable on the ground, and rookie running back Jonathan Taylor has averaged 6.6 yards per carry the last three weeks. The Indy defense can also be stellar when it’s clicking, and although it’s tough to trust veteran Colts quarterback Philip Rivers, the 39-year-old has a 103.6 passer rating since Week 6. Maybe this is his turn?

3. Cleveland Browns: The Browns’ run game is even stronger with Nick Chubb and Kareem Hunt rolling, and quarterback Baker Mayfield is also red-hot with a 117.7 passer rating in his last three games. Mayfield hasn’t earned our trust, but he hasn’t burned us like Rivers. And while the Cleveland defense is much weaker than Indy’s, edge defender Myles Garrett and cornerback Denzel Ward can be game-changers.

2. Buffalo Bills: Buffalo’s running game isn’t as established as Cleveland’s, but the Bills are a better all-around team riding a much higher wave. The Bills lost to the Chiefs in Week 6, but their only loss since then came by way of a Hail Mary in Arizona. Quarterback Josh Allen has a higher ceiling than every other quarterback in this field except Mahomes, and it’s hard to find a weak spot on the Buffalo roster.

1. Tennessee Titans: If anyone in the NFL is primed to take advantage of a weak run defense, it’s Derrick Henry. The Titans’ superstar running back leads the league in rushing yardage by a huge margin, and he’s rushed for 733 yards in his last five games alone.

Yeah, he was just as hot before he hit a wall in Kansas City in last year’s AFC Championship Game, but Henry has made a habit of getting stronger in rematches with teams, the Kansas City defense is in worse shape this year than it was last season, and the Chiefs wouldn’t benefit from a cacophonous full house at Arrowhead this time around. Quarterback Ryan Tannehill is also on fire for a Titans team that has averaged 37.4 points per game in the last five weeks. This is very doable for the Titans, who did defeat Kansas City in the 2019 regular season.