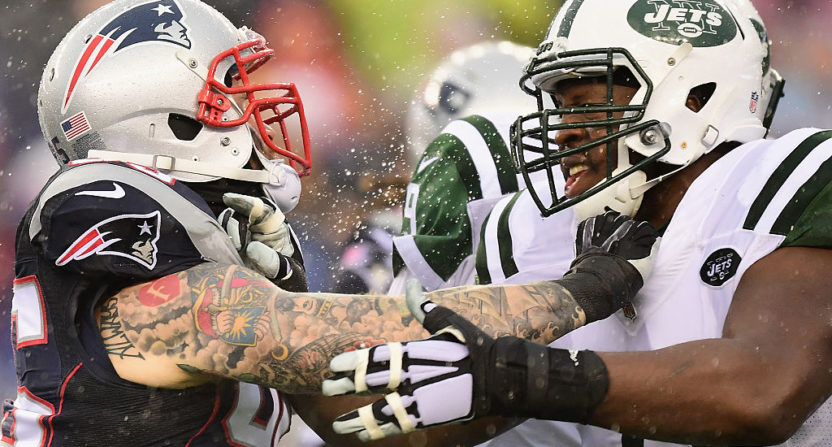 Each NFL season, there is at least one division in the AFC which features multiple teams that qualify for postseason play. In 2016, it was both the AFC East (New England Patriots and Miami Dolphins) and AFC West (Kansas City Chiefs and Oakland Raiders) that sent more than one team to the playoffs.

The last time the AFC North had at least two teams make the postseason was in 2015 and the AFC South has not had multiple teams earn a playoff berth since 2012.

But making the postseason is not the only factor that determines which division reigns supreme at the end of each season. A division full of lopsided records is not going to be rated better than one full of teams that have a group of teams who share similarly successful records.

So who has the best division in the AFC heading into this upcoming NFL season?

Wait, what? The home of the current Super Bowl champion Patriots is the worst division in the AFC?

Sure, the division has an NFL powerhouse in New England, but what else does it have? Not much.

The Dolphins did make the playoffs in 2016, but no one sees them as a threat to really do anything this season. Especially since they are putting all their eggs in the basket of a 34-year-old quarterback who was just dragged out of retirement and is coming off a year in which he played just five games.

Most kids who will be graduating high school this year in Buffalo have never lived in a time where the Bills have played in the postseason. The last time Buffalo was in the playoffs, Brad Pitt and Jennifer Aniston were still a couple and Beyoncé was still performing as a member of Destiny’s Child.

The Bills also just traded away two of the best players on their roster in wide receiver Sammy Watkins and cornerback Ronald Darby, so that streak of missing the postseason should have no trouble continuing along this year.

Then there are the New York Jets. Hey, maybe they will win a game this season.

This division has been one of the worst for a while now, but its teams seem to have a bit of potential this year.

The Jacksonville Jaguars have been one of the ugliest teams to watch for the past decade-plus. But they just hired a new coach in Doug Marrone and drafted a stud running back in Leonard Fournette, who could be the missing piece to having a feared offense.

In Tennessee this year, there is a bit of a buzz going around that this could be the season that sees the Titans back in the playoffs for the first time since 2008. The team won nine games last year and could be in for more in 2017 if quarterback Marcus Mariota can remain healthy for the entire year.

After making the postseason in Chuck Pagano’s first three years as the team’s head coach, the Indianapolis Colts are possibly on the verge of being left out of the playoffs for at least three straight seasons for the first time since 1994. The fact that the Colts have won at least eight games in each year of Pagano’s tenure with the team definitely does help keep this division out the AFC’s cellar, though.

Somehow, the Houston Texans’ four division titles in the AFC since 2011 are second only to the Patriots’ six division crowns in that same time period. They have not won more than nine games in the past four seasons, but the Texans have still found a way to be successful.

If not for the Cleveland Browns, the AFC North may be the conference’s best division. Since 2003, the Baltimore Ravens, Cincinnati Bengals, and Pittsburgh Steelers have all won at least four division titles and no team has topped the AFC North for two straight seasons since the Ravens did it back in 2012.

The battle for the top of the division will likely take place between all three of these teams once again in 2017 and each one of them is fully capable of finishing with the division crown. Pittsburgh and Cincinnati seem like the frontrunners in the AFC North this year, but do not sleep on Baltimore’s chances to capture the division either.

As for the Browns, their streak of six straight last-place AFC North finishes should extend to seven without much of a struggle. Has anyone ever commented on how the color of their home jersey truly embodies how well the franchise has played since moving back to Cleveland in 1999?

The AFC West has easily been the most competitive division in the entire conference for the past few seasons. Despite this, last year was the first time since 2010 that the Denver Broncos did not finish the season with the division title.

This year, any one of the four teams in the AFC West could win the division. Yes, even the Los Angeles Chargers.

Will the Kansas City Chiefs be able to repeat as AFC West champs in 2017? No one saw them winning it last year, so there is no reason to count them out this season.

The Oakland Raiders seem to be the trendy pick to win the division this year. But will they be able to maintain a similar amount of success from 2016 while not having the advantage of playing a last-place schedule?

No team was more obliterated last season by injuries than the Los Angeles Chargers. So perhaps a new home, a new head coach, and a semi-healthy roster could lead them to their first AFC West crown since 2009.

Despite their uncertainty at the quarterback position, the Broncos have more than a decent shot to win their their sixth division title in the last seven years. When a team has a frightening defense like Denver does, success always remains as an attainable goal.