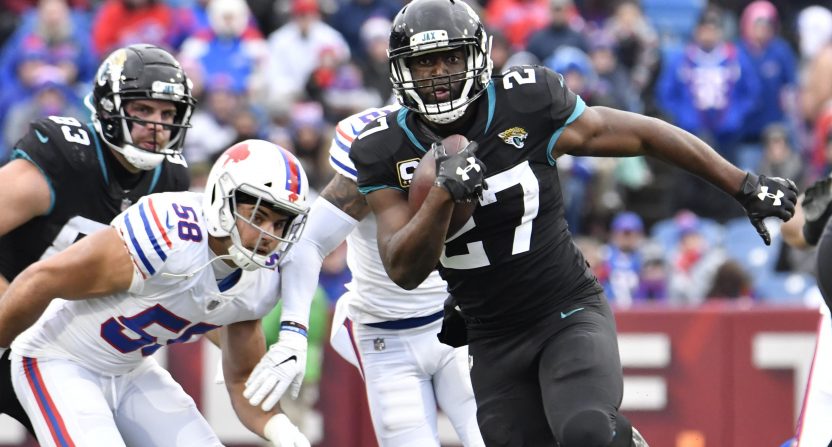 Parity is a way of life in the NFL. Every season there will be would-be contenders who turn out to be pretenders and vice versa.

Because of the parity around the league, though, teams are also able to make quick turnarounds from one year to the next. Look no further than what may be the most shocking success story of 2018- the Cleveland Browns. While the Browns may not yet have a winning record, their 6-7-1 mark with Baker Mayfield now firmly at the helm is already an incredible six-win improvement on last year’s bagel.

While a young quarterback coming into his own and taking the reins of a franchise is one way to climb out of the cellar, another is just through reversing some bad luck. Another team that’s turned it around in a huge way is the AFC’s current #2 seed, the Houston Texans. With a now healthy DeShaun Watson, the Texans’ massive midseason winning streak has them now ahead of the Patriots and staring at a first-round bye with a 10-4 record after going 4-12 last season.

With the 2018 season winding down, there are several teams who may have had high hopes coming into the campaign that are already looking ahead to 2019. And while this year may have been a huge disappointment, there’s still some reason for hope.

Here are three teams that look most likely to quickly turn it around by the time next September rolls around:

The 49ers were a popular dark horse pick coming into the 2018 season because of the way they finished strong in 2017. After a midseason trade for Patriots backup Jimmy Garoppolo, the 49ers won five straight games to finish the year. The conventional wisdom around the league has always been that momentum can carry over from one year to the next (which also slightly discourages tanking), so the 49ers were definitely trending in the right direction.

Sadly for 49ers fans, Garoppolo tore his ACL in the team’s Week 3 matchup against the Kansas City Chiefs. At that point, the 49ers were 1-1. After Garoppolo’s injury, San Francisco went on to lose their next six games and nine of their next ten under the guidance of Nick Mullens and C.J. Beathard.

Next season Garoppolo should have a couple decent weapons at his disposal. Running back Matt Breida has established himself at 5.3 yards per carry (4th in the NFL), and George Kittle has exploded onto the scene with a 1,000 yard season from the tight end position. Kittle is second in the league among tight ends in receiving yards to only Travis Kelce, and put up the highest yardage game at the position since Shannon Sharpe in Week 14 with 210 yards.

It’s highly unusual for the Packers to be languishing out of playoff contention in December, yet this will be the second straight year that Green Bay will post a losing record. The Packers had made the postseason in nine out of ten years prior, including six NFC North titles. And, quite frankly, when it comes to Green Bay’s bounce-back ability, they have an edge that very few other teams do- a Hall of Fame quarterback in Aaron Rodgers.

Yes, Rodgers has had a down season by his impeccably high standards, even with an absurd 23-2 TD to INT ratio. Rodgers’ 97.2 QB Rating sits 14th in the NFL this season, and the team’s offense is 16th in the league in scoring. Green Bay’s struggles even cost Mike McCarthy his job after 13 seasons and a Super Bowl triumph.

The deteriorating relationship between McCarthy and Rodgers drew most of the headlines in Green Bay this year. Green Bay’s hope for next year is that a new coach can revive the latter stages of Rodgers’ career and turn around the ship quickly. With older quarterbacks like Drew Brees and Tom Brady still playing at a top level on either side of 40, there’s no reason to believe that Rodgers is done being an elite quarterback at age 35. And there’s no reason to believe that the Packers don’t have what it takes to climb back into the NFC North race immediately if they can get it right with a new coaching hire.

On the opposite end of the spectrum is last year’s AFC finalist, the Jaguars. It’s easy to forget now, but the Jags were just a couple key plays away from reaching the Super Bowl last year. However, this year the Jags fell from that high with a very loud thud. It’s not a good sign that Blake Bortles has a brighter future as a running gag on The Good Place than he does as the starting quarterback of the Jaguars.

Bortles was finally benched in favor of Cody Kessler after Jacksonville’s Week 12 loss in Buffalo which also coincided with a seven-game losing streak. Any time you’re benched for a Cleveland Browns castoff at quarterback is probably not a good sign, either.

Clearly Kessler isn’t the long-term option for the Jaguars, and one of the biggest offseason storylines around the league will be their search for a new quarterback. If Jacksonville can find someone to step in, the rest of the roster is Super Bowl ready. The Jaguars still have an elite defense (6th in Total Defense, 6th in Points Allowed) and a workhorse back in Leonard Fournette.

With a high draft pick coming up next spring, the Jaguars can try again on a rookie quarterback (like Oregon’s Justin Herbert or Ohio State’s Dwayne Haskins), or they can try to acquire a veteran quarterback. Nick Foles, Joe Flacco, and Teddy Bridgewater figure to be among the veteran options available.

Jacksonville doesn’t need to worry about who’s going to be their quarterback for the next ten years because the roster is good enough to win now. In spite of their terrible 2018 season, they’re the most likely team to bounce back in 2019 if they can find even a slightly above average quarterback for 2019.