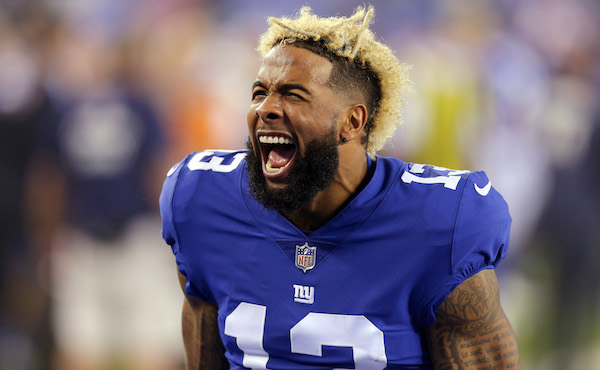 Before the start of the 2017 NFL season, absolutely no one predicted the Philadelphia Eagles to be the team that would end the year by winning the Super Bowl. Some who cover the league saw them possibly making the playoffs, but definitely not going all the way to the big game and defeating the mighty New England Patriots.

But why would anyone think that? The Eagles were coming off a 2016 season in which they finished last in the NFC East with a 7-9 record and quarterback Carson Wentz was nothing more than mediocre during his very first year in the NFL.

Philadelphia’s success in 2017 is the exact reason why the NFL is the most popular professional sports league in the United States. Each year, fans of more than half of the teams around the league believe that the upcoming season could be their squad’s time to shine.

So which team could be like the Eagles and go from worst to first in 2018?

This seems almost too easy of a choice based on how the 49ers finished last season. Following the team inserting Jimmy Garoppolo as the starting quarterback in Week 13, San Francisco went on to win its final five games of the season after beginning the year with a 1-10 record.

The 49ers recently locked up Garoppolo with a lucrative, multi-year contract and are hoping his winning ways continue into next season and beyond.

If San Francisco is going to have a chance at winning its division in 2018, though, they will need to add some more weapons for their quarterback to throw to. Running back Carlos Hyde is a free agent this year and the 49ers need to decide if they want to bring him back or not.

San Francisco may improve a lot next season, but getting to the playoffs may be a tall task considering the teams on their schedule in 2018. The 49ers have to face each team from the NFC North and the AFC West next year and how they fare in those matchups will likely determine how successful their season will be in 2018.

A year after making the playoffs, the 2017 season could not have gone worse for the Giants. The team fired its head coach midway through the year, lost Odell Beckham to a broken ankle in October, benched Eli Manning for no reason, and it all resulted in winning just three games.

The Giants now have a new head coach in Pat Shurmur and a bunch of high draft picks. With Shurmur now in charge, there’s a good chance Manning will be back starting under center in 2018. Which is not the worst idea in the world.

Shurmur is coming off a season as the offensive coordinator with the Minnesota Vikings in which he helped turned career backup quarterback Case Keenum into an above-average signal caller. New York’s head coach may possibly be able to turn things around for Manning too in 2018.

But before they can have any legitimate thoughts about returning to the playoffs next season, the Giants must fix their awful pass defense (31st in the NFL last year) and find a running back who can actually be productive in the offensive backfield.

Once the Texans stopped messing around and finally put rookie quarterback Deshaun Watson in as their starter in 2017, the team looked on its way to a third straight AFC South division title.

But that quickly came to a halt after Watson suffered a torn ACL in November and was lost for the rest of the season. Without their rookie under center, Houston was victorious in just one of their final nine games.

Watson is on track to fully recover before the start of next season and the Texans are hoping that they can have him on the field for all 16 games this time.

In addition to their quarterback returning next year, Houston is expected to have All-Pro defensive lineman J.J. Watt back from a knee injury as well in 2018. Watt said in January that he will likely be ready to get back on the field by the time the Texans’ training camp rolls around this summer.

It happened again last year. Everyone fell under the mystical spell of believing the Bucs would be good in 2017 because of what they saw from the team on HBO’s Hard Knocks.

Things looked to be headed in the right direction after Tampa Bay won of two of their first three games last season. However, that success turned out to be short-lived as the Bucs only won three more times in their last 13 matchups.

It’s not like they were not competitive, though. Of Tampa Bay’s 11 losses in 2017, six were by five points or less and one required overtime in order for them to be defeated. If the Bucs scored 25 points in every single game last season, they would have finished with 10 wins.

With a roster that features players like Jameis Winston, Mike Evans, DeSean Jackson, O.J. Howard, Gerald McCoy, Lavonte David, and Kwon Alexander, Tampa Bay certainly has the talent to turn things around in 2018.