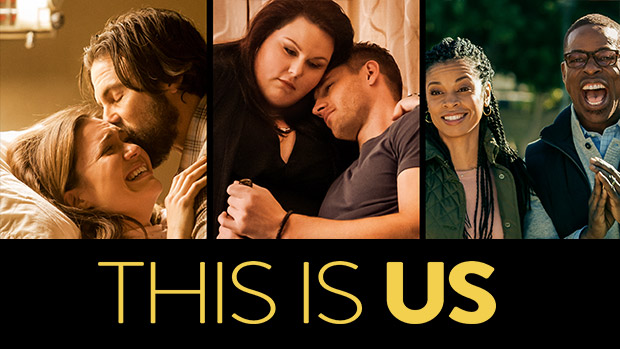 This week, NBC announced that its biggest scripted drama hit of 2016-17 TV season, This Is Us, will air after the biggest TV event of the 2017-18 season, Super Bowl LII. The tear-emitting series gave NBC big ratings and got some big momentum thanks to heavy promotion during last year’s Rio Olympics. And thanks to it becoming Must See TV, the network has given it the honor to follow the Big Game. And it will be one of the last episodes before taking a brief hiatus for the Winter Olympics.

Having an episode follow the Super Bowl usually guarantees huge numbers. The norm has been for networks to program an established series after the Super Bowl, but there was an era when series like The A-Team, Airwolf, MacGruder and Loud, Hard Copy, The Wonder Years, The Last Precinct, Grand Slam, The Good Life, Davis Rules, Homicide and Extreme got their premieres in the post-Super Bowl slot. Some of those shows became huge hits while others fell by the wayside very quickly.

Starting in the early 1980’s when the NFL began pushing the Super Bowl into primetime, networks saw the value in the post-Super Bowl slot. NBC gave The A-Team heavy promotion before and during Super Bowl XVII (which included an awkward in-game interview between Bob Costas and Mr. T). The promotion worked and NBC got a huge viewership, almost 22 million viewers. It was then and there where the networks really thought long and hard about the programs that would go into the post-Super Bowl slot.

In the summer of 2000, Survivor’s first season became a huge summer hit for CBS. Its finale garnered a viewership of 50 million which was unheard of for a summer series. So feeding off that momentum, CBS decided that its second season would kick off right after Super Bowl XXXV which was a Baltimore Ravens blowout of the New York Giants. This is the opening of Survivor: Outback. Yes, that is Elisabeth Hasselbeck on the plane. This season premiere commanded a whopping 45.3 million viewers, the highest in this century and the second-highest for a post-Super Bowl program. You can probably guess what the highest audience was, but we’ll get to that later.

This was NBC’s last Super Bowl until 2009. NBC would lose the AFC package to CBS so this was the Peacock’s last NFL game until 2006. Denver beat Green Bay and NBC decided to transition from the game to 3rd Rock from the Sun by having series star John Lithgow interrupt Super Bowl host Greg Gumbel live on the air. It was strange, but it kind of worked:

The original Shondaland show was the beneficiary of a great lead-in from the Pittsburgh-Seattle game in Detroit. And it hit the air at 10:05 p.m. ET which was relatively early. Some post-Super Bowl programs like this year’s 24: Legacy had the misfortune of going on at or after 11 p.m. thus suppressing the numbers. But in the case of Grey’s, it got a excellent average audience of 37.8 million. And it marked the last time that ABC aired the Super Bowl.

Here’s one scene of the Super Bowl episode. I have no idea what’s going on here:

The series that launched the careers of Fred Savage and Danica McKellar premiered after Washington blew out Denver. Throughout the game, Al Michaels, Dan Dierdorf and Frank Gifford hyped the show and the result ended in a solid audience of almost 29 million.

This marked Fox’s first Super Bowl after wresting the NFC package away from CBS in late 1993. So network executives thought long and hard about the show that would follow the Big Game. It had plenty of options — The Simpsons, Beverly Hills 90210, Melrose Place — but instead, Fox went with The X-Files. And the episode that aired was “Leonard Betts,” which centered around a cancer-eating mutant and introduced the storyline of Dana Scully’s cancer. On the surface, it was an strange choice to follow the Super Bowl, but it averaged an audience of 29.1 million.

This was an odd Super Bowl. Tampa Bay blew out Oakland and for the postgame cereemonies, the NFL and ABC broke up the Super Bowl trophy ceremony and MVP presentation with commercials and threw in a Bon Jovi performance to boot. So this delayed the airing of Alias with the always delightful Jennifer Garner until 11:15 p.m. ET. That suppressed the audience to a very low 17.3 million. And ABC was hoping to use the built-in audience for the premiere of Jimmy Kimmel Live, but it didn’t hit the air until 12:35 a.m. ET. Suffice to say, it was the last time the NFL allowed the Super Bowl trophy and MVP presentations to be broken up in that manner.

Here’s the beginning of the Alias episode complete with Jennifer Garner in lingerie. This should have gotten a bigger audience, but the whole thing was screwed up.

This was an era when networks launched series after the Super Bowl. From 1983 through 1995, eleven series had their premieres after the Big Game. The Last Precinct premiere had an audience of 39.7 million viewers! You would think that it would have been a lomg-running series, but here’s an instance where the premiere was the pinnacle for the series as it only lasted eight episodes.

It was a comedy that starred Adam West. Yes, Batman’s Adam West and it was supposed to be a comedy about a bunch of police academy rejects. Also in the cast was Ernie Hudson who was in the original Ghostbusters, Randi Books formerly of ChiPs and tennis star Vijay Amritraj. You can see where this is going. It was created by Steven J. Cannell who also was behind The “A” Team and Silk Stalkings. I guess comedy wasn’t his strong suit.

This changed how networks treated the post-Super Bowl slot. Since Friends, networks have only premiered three series. Friends was already a big hit, but after this episode aired, it become a cultural phenomenon. This episode garnered the highest audience for a post-SB slot at 52.9 million. For this episode, Friends pulled out all of the stops making this an hour-long installment and getting A-listers like Julia Roberts, Brooke Shields and Jean-Claude Van Damme (don’t laugh, he was big at the time) to appear.

Here’s Monica and Rachel arguing over Jean-Claude Van Damme. I know, I know. He was big at the time!

Will This Is Us match Friends‘ numbers? No, but with This Is Us‘ built-in fanbase it should get a very good viewership provided the Super Bowl doesn’t go into overtime like it did last February.