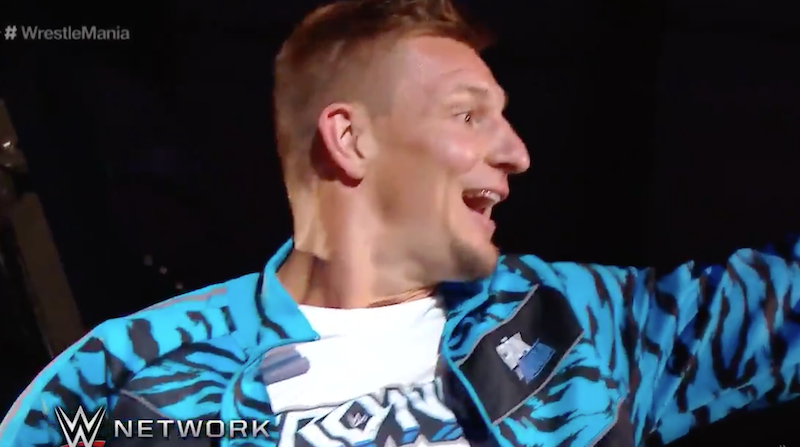 Former New England Patriots tight end Rob Gronkowski was supposed to host WrestleMania this year at Raymond James Stadium. The COVID-19 pandemic prevented WrestleMania from happening there but that won’t keep Gronk from performing in that stadium.

According to Adam Schefter, Gronkowski told the Patriots he wanted to come out of retirement and play with Tom Brady and the Buccaneers. Because the Patriots owned his player rights, New England has reportedly traded Gronkowski’s rights and a seventh round pick to Tampa Bay in exchange for a fourth rounder.

Trade, pending physical: Patriots are trading TE Rob Gronkowski and a seventh-round pick to the Buccaneers for a fourth-round pick, source tells ESPN.

Gronkowski had been injured a bunch and retired in 2019 at the age of 29. Gronk has stayed busy working for Fox and now he’s with WWE, but after a year of not taking any hits on the football field, he seems ready to come back.

As for his employers Fox and WWE, they’ll probably be cool with Gronkowski playing football as well. Fox is an NFL partner and they’ll likely be patient and bring Gronk in whenever he can and WWE would love to have an active superstar playing pro football in front of millions of people. Gronk is the current 24/7 Champion and while I’m sure the NFL wouldn’t allow a title change to happen during an NFL game, he can certainly run out on the field with the belt and give WWE and the 24/7 Championship lots more mainstream exposure.

Suddenly, business just picked up in Tampa Bay and the Rob Gronkowski experience is heading to Raymond James Stadium.