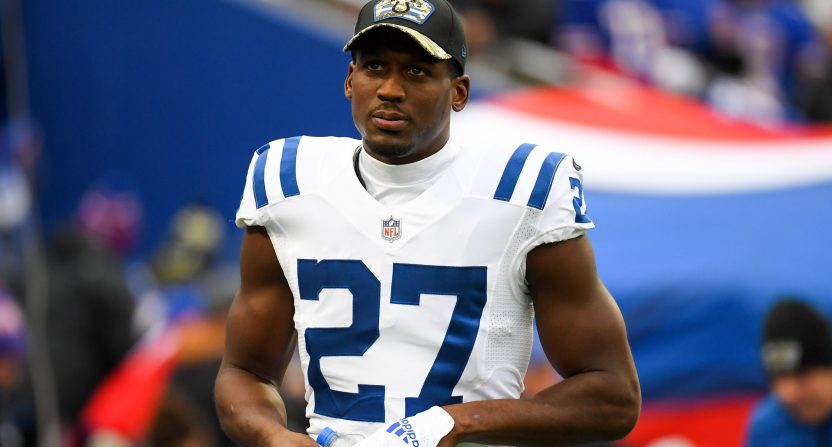 There have been a number of big injuries over the past few weeks in the secondary for the Buffalo Bills, and they have decided to host a former Pro Bowl cornerback for a visit on Tuesday.

According to NFL insider Mike Garafalo, Buffalo will be hosting former Minnesota Vikings cornerback Xavier Rhodes for a visit while they discuss a potential contract.

Buffalo has been without star cornerback Tre’Davious White for the entirety of the season thus far after being placed on Injured Reserve to begin the season.

Third-year cornerback Dane Jackson is recovering from a scary-looking injury. They will also be without star safety Micah Hyde for the rest of the season after a recent neck injury.

These injuries played a big role in their shocking Week 3 loss to the Miami Dolphins, and Rhodes may potentially play a key component in their defense moving forward if signed by the Bills.

Rhodes last played with the Indianapolis Colts last season, where he started all 13 games that he played for the organization in the 2021-22 season.

The visit makes sense considering he has a long history with the team’s defensive coordinator.

Buffalo’s defensive coordinator Leslie Frazier was head coach of the Vikings when Rhodes was drafted by them in 2013.

While he is certainly not the player that he once was during his stint with the Vikings in the prime of his career, he showed last season that he can still compete at the NFL level.