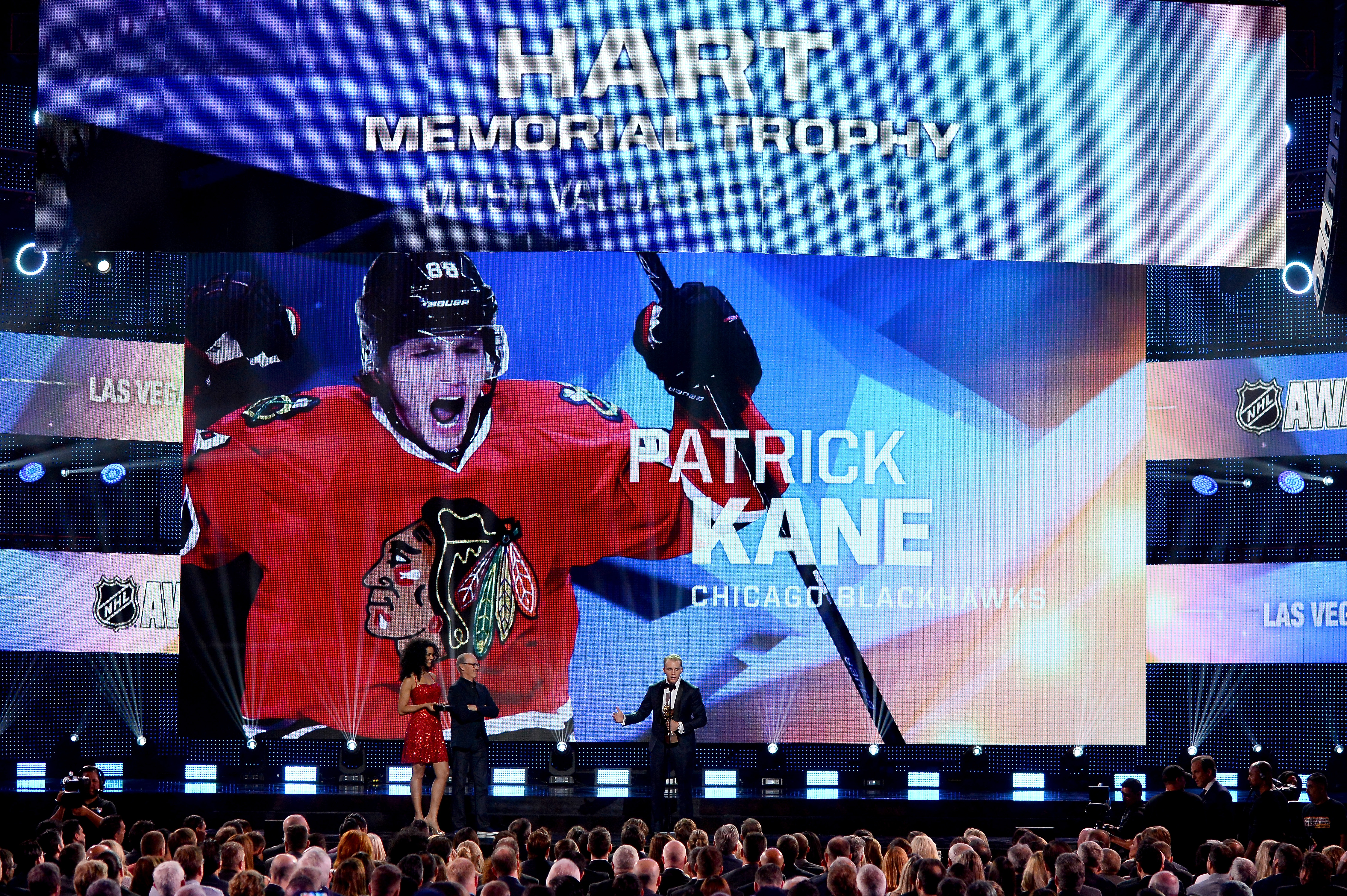 The 2016 NHL Awards took place in Las Vegas on Wednesday night. You may have missed them, as they started an hour earlier than almost every postseason game or you turned them off after the Penn & Teller bit, which was worthy of punishment from the Department of Player Safety.

Most of the awards are voted on by the PHWA, and you won’t believe this, but I’m a member. I know, right? I have a say in whether players win trophies. Me, the guy who thinks Friends is the height of television and dick jokes are the height of comedy, may have cast the ballot that decided the MVP. Life is crazy, man.

In the interest of transparency — a thing not everyone in the PHWA wants — I am revealing my ballot below. The PHWA has no say in the Vezina Trophy, Jack Adams Award, GM of the Year and Ted Lindsay Award, so express any displeasure about that to the appropriate people. For all the voting totals, the PHWA site has you covered. 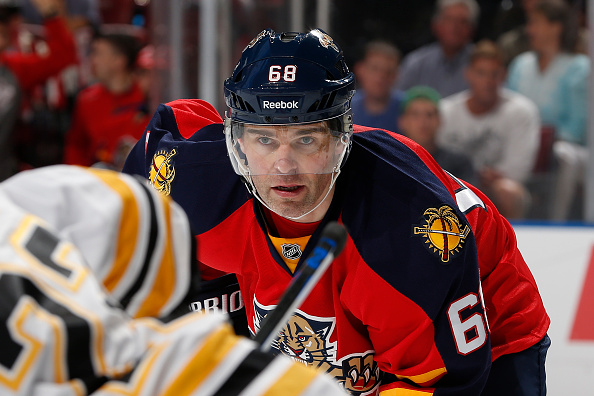 What is it: It is awarded annually to the player who best exemplifies the qualities of perseverance, sportsmanship, and dedication to ice hockey.
Who won: Jaromir Jagr, Florida Panthers
My ballot:

My reasoning: To be honest, I’m sort of baffled as to why this year is the year Jagr wins it. What has he done this year in the realm of perseverance, sportsmanship and dedication that he hasn’t done in the past? He’s 44, yeah, but him doing this at 43 wasn’t enough? “You know, the fact he played until he was 43 didn’t sell me on his dedication but the fact he played until he was 44? That showed me something.”

Dupuis, Zuccarello and Rozsival have all legitimately persevered through what could have been career-ending ailments or in the cases of Dupuis and Zuccarello, life-ending maladies. Dupuis was forced to (unofficially) retire because of his blood clots but went out with the Penguins winning the Stanley Cup, so I’m sure he’ll take that over a trophy people spell wrong half the time anyway. 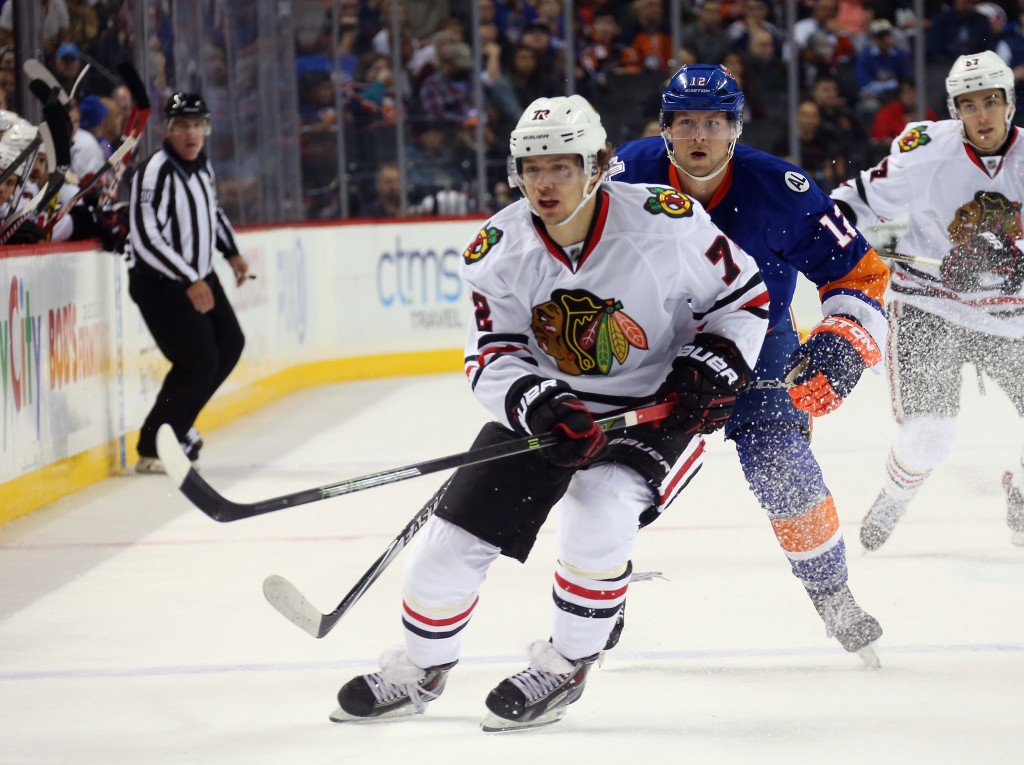 What is it: It’s the rookie of the year. Let’s not overexplain unless we have to.
Who won: Artemi Panarin, Chicago Blackhawks
My ballot:

My reasoning: Look, I’m not a “Panarin is old and didn’t deserve it!” person. I just thought Gostisbehere had the better rookie season. What he did as a defenseman felt like it mattered more to the success of the Flyers than what Panarin did as a forward for the Blackhawks. It was close for me. I have no problem with Panarin winning but I thought Gostisbehere was more deserving. 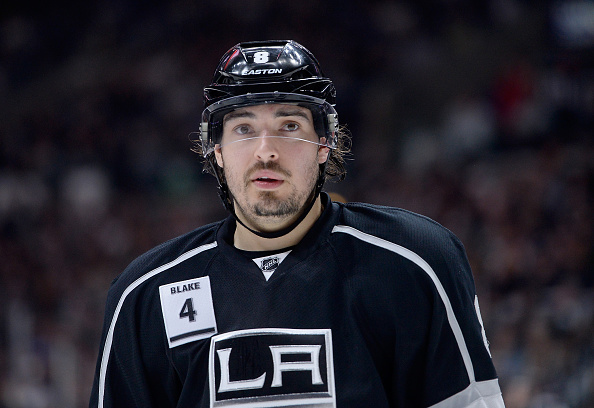 What is it: It’s for the league’s best defenseman
Who won: Drew Doughty, Los Angeles Kings
My ballot:

My reasoning: This is about as bad as it gets. Doughty gets a career achievement award when Karlsson had one of the greatest seasons by a defenseman in NHL history because a large group of idiots think Karlsson doesn’t play defense. It’s sort of embarrassing. Between this and Sidney Crosby winning the Conn Smythe, it’s been quite the last two weeks for career achievement awards.

Here’s a promise: If Shea Weber has at least 60 points next season, no matter what else has happened within his game or with other defensemen, he’ll get his career Norris Trophy.

What is it: It goes to the NHL’s best defensive forward.
Who won: Anze Kopitar, Los Angeles Kings
My ballot:

My reasoning: I voted on this like two months ago, so you’re not going to make me look up all the possession metrics I poured over again. But Bergeron was just the best. Again. But just like with Karlsson and the Norris, voters love to vote for someone else instead of the same old dominant person, I guess. I had Kopitar second, so whatever.

What’s fun for me is I had O’Reilly fifth and he wasn’t even in the top 20, which means I was the only person to vote for him.

What is it: Nobody really knows for sure, but it’s listed as an award that goes to the player adjudged to have exhibited the best type of sportsmanship and gentlemanly conduct combined with a high standard of playing ability, whatever that means.
Who won: Anze Kopitar, Los Angeles Kings
My ballot:

My reasoning: I don’t know, man. All these guys are good at hockey and seem pretty nice. This is a sport that allows fighting and asks its media members to decide who is most gentlemanly. Marleau is always nice. Anisimov once told me a story about buying sausages in Hartford. If any of these guys did a bad thing that I missed, I apologize. Kopitar is very nice. Good for him. 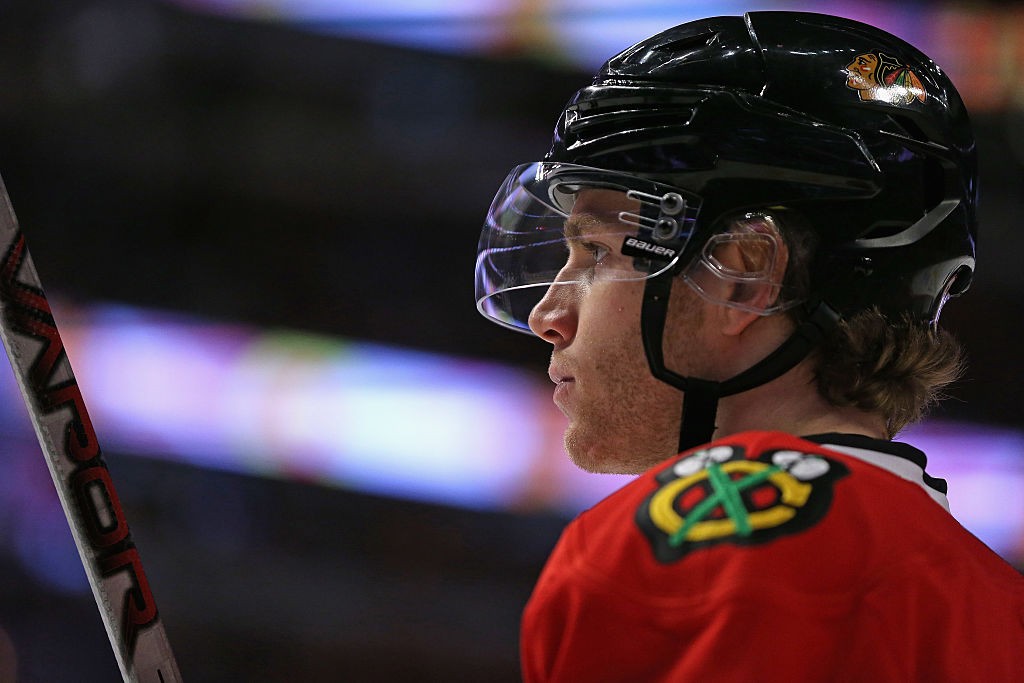 What is it: It’s the MVP. Why do these awards all have complicated names?
Who won: Patrick Kane, Chicago Blackhawks
My ballot:

My reasoning: I didn’t want to vote for Kane, but he was the MVP. The one name on the list that probably has you shaking your head is Kuznetsov, but I had a thought process. He was ninth in scoring with 77 points in 82 games, so let’s not act like I put Doughty ahead of Karlsson here. He went from 37 points to 77 points over the past two years while the Capitals went from 101 points to 120 points and the best record in the league. I thought he was the biggest difference on the best team, so I inserted him fourth on my ballot.

And really, wasn’t that more fun than talking about Kane? I think so.