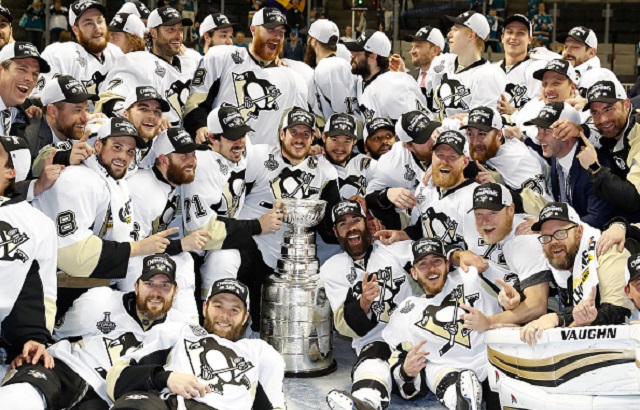 A new NHL season begins Wednesday night at 7 p.m. ET when the Toronto Maple Leafs visit the Ottawa Senators. With the puck about to drop, we at Puck Drunk Love and The Comeback going to take a look at some of the biggest storylines entering the 2016-17 season.

Can the Penguins repeat as Stanley Cup champs?

The Pittsburgh Penguins went on an incredible run after head coach Mike Johnston was fired and Wilkes-Barre/Scranton coach Mike Sullivan took over. Sullivan guided the Penguins to 33 wins in 54 regular season games, maximizing the strengths of a talented roster. Pittsburgh played a smart, balanced and nearly perfect (in today’s NHL) type of hockey. In the playoffs, Pittsburgh was dealt a tough hand, but dispatched the talented Rangers, Capitals, Lightning and Sharks en route to the organization’s fourth Stanley Cup.

Pittsburgh’s nucleus remains almost entirely intact. Little change was made outside of defenseman Ben Lovejoy’s departure. Sullivan will get a chance to enter training camp with a familiar group and not be thrown into the fire as he was in 2015-16. With a highly-skilled roster featuring Sidney Crosby, Evgeni Malkin, Phil Kessel, and Kris Letang, plus two capable starting goalies in Marc Andre-Fleury and Matt Murray, the Penguins are the team to beat.

How’s the youth movement going to operate in Toronto?

The Maple Leafs are in a position rare in recent Maple Leafs fans memory. The club has a smart, rational management team, a great head coach in Mike Babcock and a clear plan going forward. Toronto intentionally tanked the last two seasons and while the on-ice product was, at times, brutal, the assets accumulated through drafting high and selling off assets position the team exactly where it hoped to be two years ago.

This roster is loaded with exciting, young talent. The best include William Nylander, the eighth overall pick in 2014, who tore up the AHL at over a point-per-game clip at 19 years old. Meanwhile, Mitch Marner, the fourth pick in 2015, continued to refine his ridiculous skill with London in the OHL and should be NHL ready. Those players are going to be good, possibly even great, but the cream of the crop in the Leafs prospect pool is Auston Matthews. The first overall pick in 2016 is everything you want in a prospect, he’s got good size, soft hands, excellent vision, elite skill and is responsible on both sides of the ice. Matthews is worth the insane price of admission at Leafs games.

The Colorado Avalanche without Patrick Roy

One of the most stunning offseason developments was former Avalanche head coach Patrick Roy resigning from Colorado. Roy quit the post after reportedly disagreeing with president Joe Sakic about roster moves and control. The overly candid and emotional head coach’s departure might seem like a loss, but losing Roy is addition by subtraction.

Roy’s teams were often among the worst in hockey, going for a grittier, dump-and-chase type of hockey, a method slowly getting phased out in the NHL. The Avalanche routinely finished last in possession stats, putting up some gaudy shot differential numbers during Roy’s tenure. Recently hired Jared Bednar, who guided the Lake Erie Monsters to a Calder Cup Championship, will be a better option if he’s simply competent. Given his track record, the Avalanche might soon use their talent in an optimal way, instead of sticking with Roy’s sinking ship approach.

Can the Washington Capitals become more than regular season champs?

The Washington Capitals were an unstoppable freight train during the regular season, as new head coach Barry Trotz continued to improve the team to the tune of an NHL-leading 120 points. With Alexander Ovechkin achieving another 50-goal season and a Vezina-turn performance from Braden Holtby, Washington entered the postseason as Stanley Cup favorites. What stopped them? The rising Penguins.

The Capitals didn’t panic this offseason and attempt to reset or purge the team, instead opting to beef up the depth. Acquiring Lars Eller from Montreal should improve the club’s already impressive depth. Signing Brett Connolly was a smart, cheap depth move which could pay off. The Capitals didn’t need to be fixed, so the same group will get another chance to dominate the NHL and hoping this time that the dominance extends into the playoffs.

Can the Edmonton Oilers finally make the leap?

It seems we’re asking this very question every season. The Oilers once again drastically underperformed, mostly due to Connor McDavid battling injuries throughout the season and only appearing in 45 games. But Edmonton also drafted another talented forward (Jesse Puljujarvi) who unfairly fell to them in the draft.

Edmonton went all-out this offseason to beef up the team’s toughness, signing Milan Lucic to a mammoth seven-year, $42 million deal. The former Kings and Bruins tough guy will bring a nice mix of grit and talented to the Oilers, despite getting overpaid. The real mistake Edmonton made was reaching for the top-pair defenseman they’ve desperately craved for years. Peter Chiarelli made the offseason’s worst move, trading Taylor Hall to the New Jersey Devils for Adam Larsson. Yep, that’s all he got for one of the game’s best forwards. Edmonton had tons of depth at forward, but Larsson is a good, not great defensive defenseman —  hardly a fair return for Hall.

The Oilers are going to be better than last year’s lottery team, but I’m not sure it will be significant. With McDavid, Lucic and a legitimate starting goaltender in Cam Talbot, there’s no doubt the club could contend. But right now, they’re a fringe playoff team — an absurdity given their talent. Until Edmonton can prove they can capitalize on their talent, there’s little reason to believe in them.