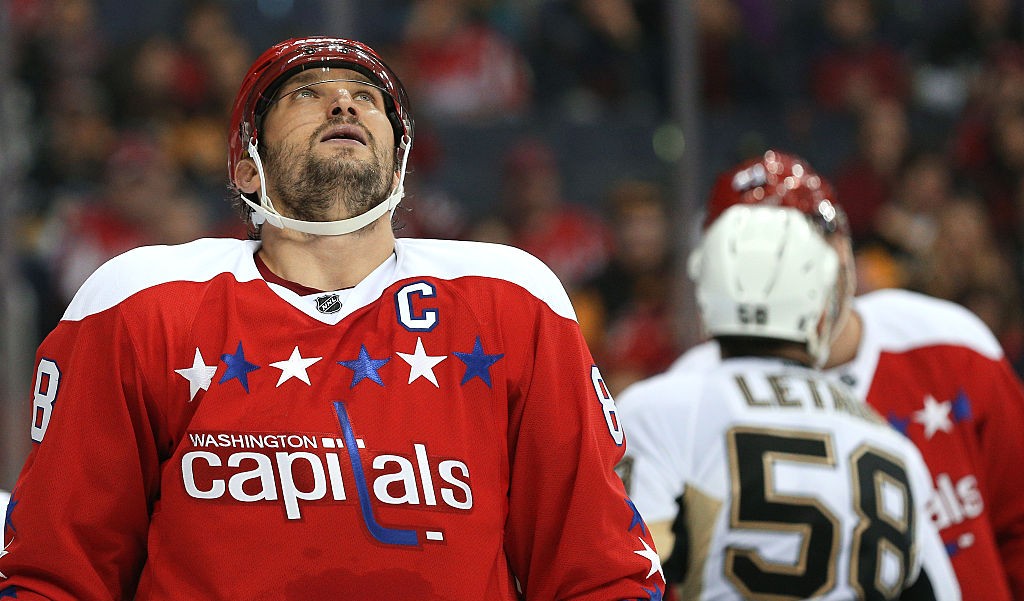 The Washington Capitals are on pace for 124 points. That’s amazing! If they can squeeze out a 125th point, it will be the second-best regular season in 30 years and fifth-most points in NHL history.

It’s not exactly the Golden State Warriors challenging the best record in NBA history but why isn’t this Caps’ regular season a bigger story? Is it because of their history of flaming out in the playoffs? Is it because deep down, not even hockey fans care about the regular season and they are just waiting until the puck drops on the postseason in April?

Whatever the reason, there seems to be hesitancy from some to embrace this Caps team and a lot of it has to do with concerns about them disappointing in the playoffs. That’s silly.

Anyway, here are five reasons why you should be concerned the Capitals are going to disappoint in the playoffs:

1. They have too many points!

You know how some people grow up too rich or too good-looking and everything comes easy to them, then they get into the real world and suddenly they find their wealth and beauty doesn’t get them very far? Actually, I don’t know if that’s true but it’s a trope in a lot of movies and TV shows, so let’s just assume it’s true because I lack first-hand knowledge about either of those things.

The Caps are that trust-fund teenage super model!

There’s something to be said about coasting to the finish line of the regular season and how that affects your competitive nature when you need to be at your most competitive. The Caps have been sitting on the Presidents’ Trophy for months, so facing a team that’s not as rich or as pretty but has had its foot on the gas all season could be a problem.

Just kidding. Wanted to see if you were paying attention.

2. Braden Holtby has been a mess lately

He will probably get seven or eight starts over the rest of the season to right himself, and everyone knows things can change immediately in the postseason, but Holtby hasn’t been very good lately. If a .906 Holtby is what the Caps have in the playoffs, they won’t get past the first round.

Through 72 games, the Capitals have a score-adjusted Fenwick of 51.0 percent, which ranks 13th in the league.

Here are the score-adjusted Fenwicks of the past six Stanley Cup champions:

The 2011 Bruins are the beacon of hope for the Capitals, although that Bruins team had Tim Thomas post a .940 save percentage in 25 playoff games and they still needed to win three series in seven games. Does Holtby have that ability to play out of his mind for two months? Sure, but it’s not something you can assume will happen, especially when he’s been at .906 for nearly then same amount of time recently.

It’s not as though the Caps’ season is a failure if they don’t win the Cup; this is just something to keep in mind if you think the Caps can win four rounds.

Have you read a review for this movie? Are any of them positive? If you can screw up the premise of the two most popular comic book heroes in the same movie, you can screw up a 124-point season. (Ed note: saw this subhead and I totally thought it was going to be a metaphor that an invincible force of strength can still find itself in a battle with a foe that uses brains over brawn. Or builds a metal suit or something.)

You know what the dumbest thing in sports is? Lifetime stats against one team. “Barney Malestrom is 20-7-2 lifetime against the Monstars.” Great. Who cares? How does what he did in the first game of that streak matter to what will happen in the next game eight years later? The team is completely different. Get lost with that.

The 2015 Caps were 1:41 from beating the Rangers in five games and sending Ovechkin to his first conference finals when they allowed the tying goal and lost three straight games by one goal. There are 14 players from that Caps team on the roster today and there’s something to be said about getting over that playoff mental hurdle.

At some point, maybe in the first round, the Caps will again face that type of adversity. If they fail to overcome it again, after a season of more than 120 points, even fewer people will care about a really good regular season in 2016-17.