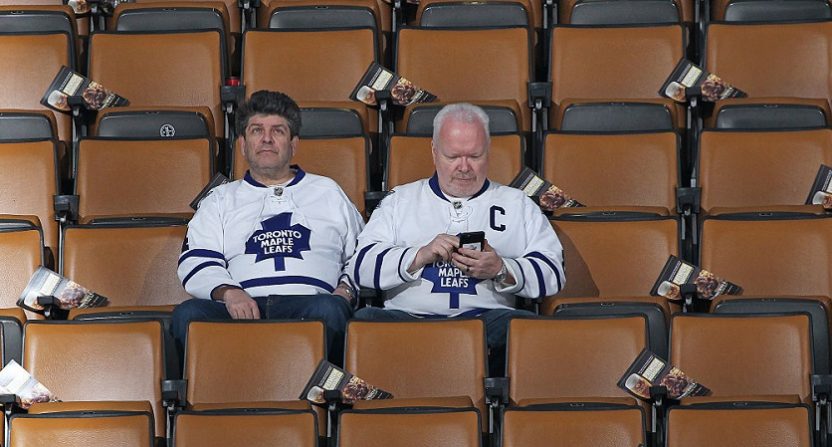 I won’t sugarcoat it — that was the worst trade deadline day in NHL history. There wasn’t a single big move, never mind a blockbuster deal, by anyone. All the key trades — Kevin Shattenkirk, Martin Hanzal, Patrick Eaves (ugh, this is a key trade in 2017) — happened well before Wednesday, leaving us with a letdown on par with learning there won’t be a sequel to The Nice Guys.

There were practically no winners this year. And since the president of my country loves to talk about the losers, why should I be in any different? A lot of people are saying that this is the best idea for a reaction to the trade deadline, tremendous people.

So here are the six biggest losers from the trade deadline as a whole. Sad!

The take: If Marc Bergevin was running a hardware store, this would be an amazing haul, because he has cornered the market on sandpaper. The Canadiens had a glaring need — scoring — and you could make a case that the best scorer involved in any of their trades was Andrighetto, who is now in Colorado. The Habs’ window is open a crack, largely because of how little separates the top teams in the East, yet they didn’t make an impactful move.

Every time Bergevin makes a smart move (Alex Radulov, Julien) after a dumb move (Shea Weber, Andrew Shaw), he makes me think he’s turning a corner. But by loading up on mostly unskilled size and grit, you have to wonder if Bergevin thinks it’s 2002 again.

5. Anyone That Did A 10-Hour Deadline Show 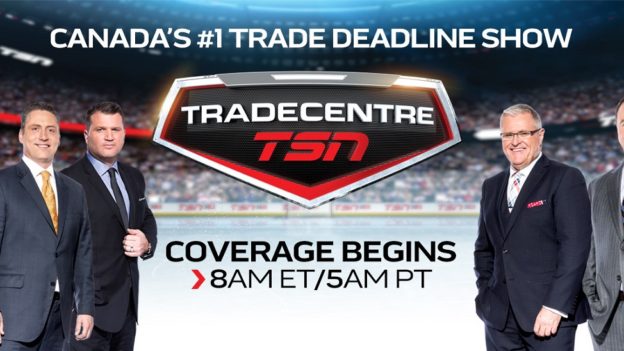 The take: How many more years must we put our hockey media personalities at TSN and Sportsnet through this? Pierre LeBrun and Elliotte Friedman have family that miss them. There are producers and camera operators and countless other people who don’t need to spend 10 hours in a TV studio and probably 16 hours in all to report to you that P.A. Parenteau and Drew Stafford were traded for sixth-round picks. Nobody should have to spend eight hours around Pierre McGuire while he tries to rationalize the Dalton Prout trade.

Here’s an idea — TSN and Sportsnet should bid for my 2018 deadline services. I will get there early, bring coffee and donuts. I’ll even shower. Then when a trade like Curtis Lazar or Eric Fehr or Jannik Hansen happens, I’ll roll my eyes and making a wanking motion. For eight hours. After every deal. We can have a graphic where I give a number of wanks for each trade. “Dave gives the Justin Fontaine deal four wanks out of five.” Hit me up.

The additions: None.
The departures: None.

The take: Someone told me that GM Garth Snow received a 10-year contract extension as a safety net before owner Charles Wang sold the team. I can’t get anyone to confirm this, but doesn’t Snow feeling secure enough in his job during the most disappointing season possible to not make a single trade while the team is a couple points from a playoff spot make you think that 10-year extension is real? Does any GM in any sport have so little success yet feel so secure in the job?

To be fair, not doing anything is better than trading mid-range picks just to squeeze into the final wild-card spot and get trounced by the Capitals. But if the Islanders don’t do anything big before the draft (*cough* Matt Duchene *cough*), just assume Snow will have the job until he dies.

The take: The Iginla trade to Los Angeles at least signals that Joe Sakic was aware that Wednesday was the trade deadline. It’s possible the trade is for nothing, as if the conditions of the fourth-round pick (playoffs, re-signing in LA) aren’t met, the Kings get the pick back. For a team that is set to be the worst since the 2005-06 season, this isn’t much of a makeover for a team that needs one. Sakic is lying to you if he says there wasn’t a market for Duchene.

Then again, it’s possible ownership felt they could wait on dealing Duchene until they fire Sakic after the season. That’s smart. But if not, and the Avalanche get a middling return on Duchene before the draft, please know with 99 percent certainty they could have gotten more for him at the deadline.

The additions: The reality that the Coyotes are stuck with him
The departures: His no-trade clause if the Penguins would take him

The take: This guy. The Coyotes have been a disaster for four years and he refused to leave. He kept re-signing. Now, at the age of 40 and with five goals and a $5 million cap hit, he offered his services to the Penguins, according to a report. The Penguins, and you won’t believe this, didn’t feel like they needed those services. Shocking. How did they resist?

If only Doan had been willing to do this in the past, he could have taken a run for the Cup with a new team. Instead, his career will likely end with four straight seasons with no playoffs. He did this to himself.

The additions: Alcohol, comfort food, knowledge of AHL players that never existed previously
The departures: The desire to ever call out of work to watch a trade deadline show 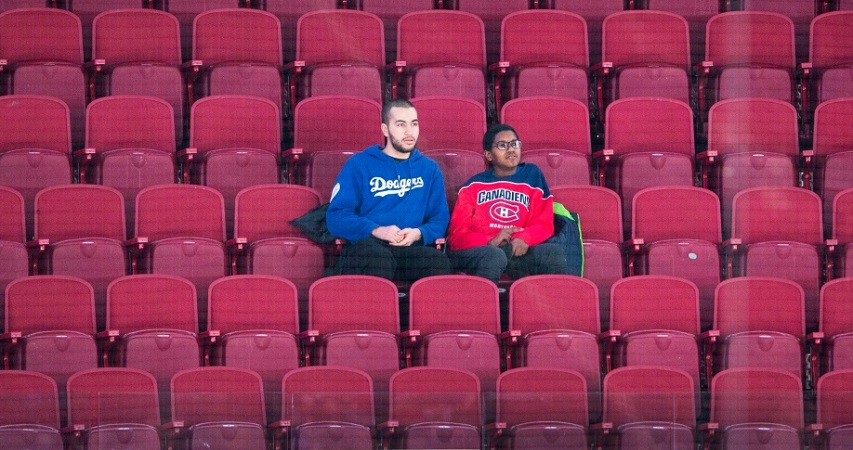 The take: Whether you all watched for fun or to see your team improve or see your team sell off parts, there’s no way you weren’t filled with regret by noon. This would be like watching a Super Bowl that went to overtime tied at 3-3 or if every NCAA Tournament game on Thursday and Friday was a 30-point blowout. You could have saved that personal day or used this one more effectively by doing anything else.

If you used your sick day because you were really sick and spent all day on your toilet pushing out diarrhea until you passed out, that was a more effective use of your Wednesday.