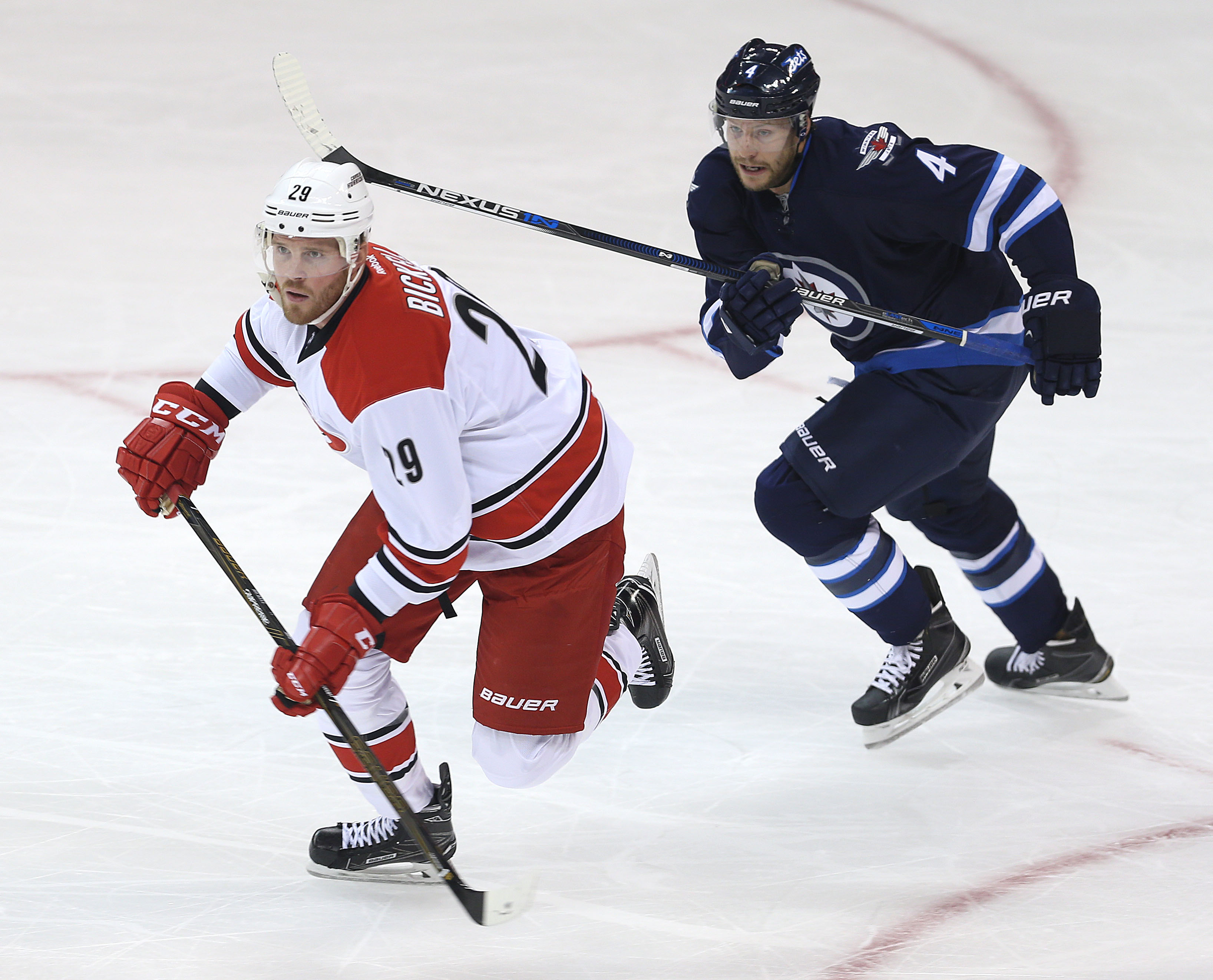 John Scott at the All-Star Game last season was great. It started as a joke but grew into something transcendent, like buffalo chicken on pizza or The Ove Glove. Scott scored some goals, was named MVP, received a check for a million bucks and will have his life turned into a movie.

The NHL being the NHL, despite the 2016 All-Star Game being the most compelling in decades, did its best to create voting rules to prevent that from happening again in 2017.

Here are the new rules that matter:

If a player is assigned/loaned to the American Hockey League (AHL) or any other minor league team between Nov. 1 and 5 p.m. on Jan. 26, the player is not eligible in All-Star balloting. However, if the minor league assignment/loan is due to conditioning reasons, the player remains eligible.

With those parameters, people will still attempt to recapture the magic of last year by voting for another face-puncher. They’ll pick Shawn Thornton or Jared Boll. This would be a mistake. Think of John Scott as Weekend At Bernie’s; think of voting for a useless fighter again as Weekend At Bernie’s 2. Sometimes, it’s best to let the magic of one experience stand on its own forever instead of trying to replicate it.

Yes. Weekend At Bernie’s was a classic film. I won’t hear arguments against this. 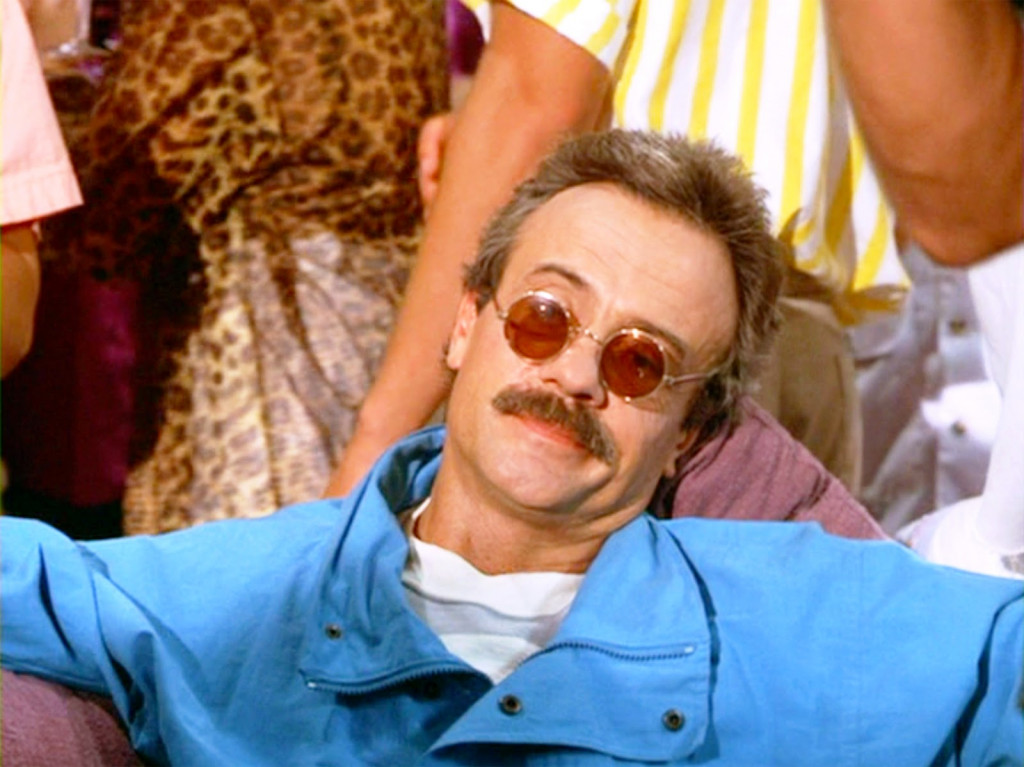 That’s why for this year’s fan vote, there’s only one person worth giving your vote, and it’s Bryan Bickell of the Carolina Hurricanes.

Two weeks ago, Bickell was diagnosed with multiple sclerosis. He hasn’t played since October while he undergoes treatment and has expressed positivity about playing again this season. But there are no guarantees his career will continue after 2017, as the 30-year-old is in the final year of his contract and has a debilitating disease.

A vote for Bickell would be different than a vote for Scott last year or a goon this year. No, Bickell would not be considered for an All-Star spot otherwise, but he’s a genuine hockey player with genuine hockey skills and was dealt a bad hand. He once scored 17 goals in a season and scored 16 goals in 42 postseason games in 2013 and 2014. We’d be showing support for someone who needs it, as opposed to making a mockery of the event for our own enjoyment last year.

The beautiful part is Bickell fits within the stupid rules someone at the NHL office created to prevent another uplifting story from happening. Bickell was on the Hurricanes’ active roster on Nov. 1 and won’t be assigned to the AHL. Maybe when Bickell is ready to return he goes to the AHL on a conditioning assignment, but that wouldn’t exclude him from going to Los Angeles for All-Star weekend.

Of course, if Bickell doesn’t want to do this, that’s understandable. I wouldn’t make anyone spend a free weekend during the NHL season to attend this stupid event, never mind one that may need those days for medical treatment. But since he’s already talking about returning to the ice because doctors diagnosed him early, this feels like it can work.

It’s also great that Bickell’s situation is so different than Scott’s situation, which means there won’t be endless comparisons. The NHL tried to bully Scott out of the game when it became clear he was going to win the fan vote; I dare someone at the NHL to do the same to Bickell if fans felt they wanted to send him to the All-Star Game. Scott’s appearance at the All-Star Game was a goof that worked out so perfectly that they are making it into a movie; Bickell’s appearance would be out of love and support for someone that could use as much of it as he can get.

When Scott got to Nashville, the NHL basically had to pretend they were on board with this, even though someone engineered a trade that sent Scott from Arizona to Montreal in an attempt to deny him entry into the game. Something tells me if Bickell is running away with the vote in mid-December, Hurricanes GM Ron Francis won’t deal Bickell to Vancouver for a seventh-round pick. 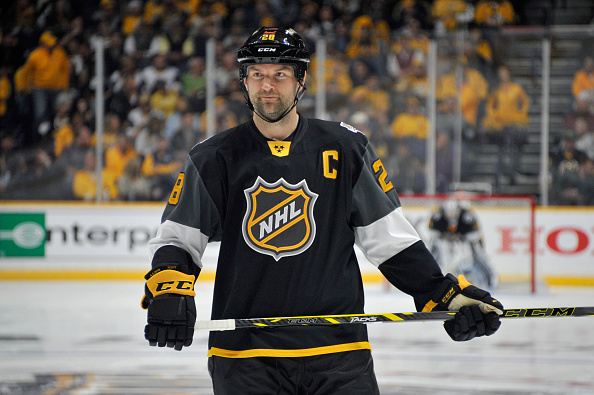 Minnesota Wild goaltender Josh Harding was diagnosed with multiple sclerosis in November 2012 and had to retire two years later. He said it was a mistake to continue with his career for as long as he did and that he should have immediately turned his focus to his family and treating his condition.

The reality is Bickell’s career may not continue beyond this season and he may heed Harding’s words. This could be it. If he’s healthy enough to play, why not do this for him? Because it may cost the sixth-best forward in the Metropolitan Division a spot in the All-Star Game? All due respect to Claude Giroux, but nobody cares. Well, someone probably cares. Like, if Bickell wins the fan vote and that costs Giroux a spot, some Flyers fanboy will tweet garbage about it, but who cares about that guy?

This would be a great gift for Bickell, a PR bonanza for the NHL and would come from a much better place than the Scott vote. If we’re going to stuff the ballot again, let’s do it for the right reasons from the get-go.