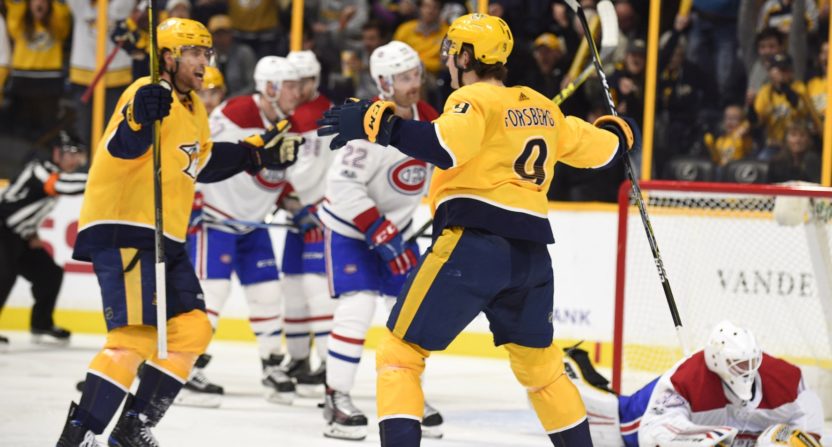 As the National Hockey League’s trade deadline approaches, almost 75 percent of the league believes they’re still a contender. Seriously, look at the standings. Many teams are still within striking distance of a playoff position, creating hope that one addition may shift the tide.

Faux parity be damned, it is time to decipher the contenders from the pretenders, the buyers from the sellers. The trade deadline could make or break multiple teams this year for the upcoming stretch run.

Every Contending Team in the Metro Division (except the Rangers)

This may read as hyperbolic, but there is no reason why every single team in this division (ecluding the New York Rangers) shouldn’t push their chips to the middle. Five Metro teams are going to occupy slots in the playoffs. The Rangers have fallen too far off the pace and aren’t going to be able to make up that ground. The Rangers have already called themselves sellers.

Teams like the Islanders, Blue Jackets, Flyers, Devils and Hurricanes should try to make a run for it. All of those teams are very young and with a piece or two can make noise. The Washington Capitals and Pittsburgh Penguins at the top of the division are still good, but are aging. They aren’t completely invincible and a strategic rental could push them over the top.

After making the Stanley Cup Final during the 2016-17 season, any prognosticator knew that the Predators were going to come back the following season gunning for the Stanley Cup. They didn’t lose anyone of note and were able to add center Kyle Turris earlier in the year to shore up their depth down the middle. Now they are in the market for a scoring winger.

The Predators are front and center for the Rangers’ Rick Nash sweepstakes. He is in the final year of his contract, and despite a scoring drop-off, he is a threat with the puck on his stick. The Buffalo Sabres’ Evander Kane should intrigue the Predators too. They’re already at the top of their division and adding another piece puts them in position to be one of the Cup favorites.

Chock full of entry-level contracts that are going to run out shortly, the Maple Leafs need to make a move while their three young stars (Auston Matthews, William Nylander and Mitch Marner) are cheap and affordable. Each will demand substantial money, and they will need to clear out the proper room to sign them. That is why now is a good time to tinker with the depth and hope some minor changes can lead to a deep playoff run.

The Maple Leafs need a right-handed defenseman that can contribute offensively. They’ll be checking in on the Red Wings’ Mike Green for his services. They’ll also be looking for a bottom-six forward that packs more scoring punch. They have those players on the AHL-leading Toronto Marlies, but they are locked into those slots due to contract constraints. It may take the Maple Leafs to sell a little bit before they become a full buyer.

This has been the same story for the Red Wings since their former head coach Mike Babcock left for the Toronto Maple Leafs. The team needs to rebuild. Any contract that is more than three years and given to someone over the age of 25 needs to be traded away as quickly as possible. The Red Wings have kept themselves in hockey purgatory with their inaction.

With the opening of Little Caesars Arena this past year, the Wings wanted a good product on the ice, but weren’t able to deliver. Forwards Luke Glendening, Henrik Zetterberg, Gustav Nyquist, Tomas Tatar, Justin Abdelkader, Darren Helm, and Frans Nielsen should all be traded while they still hold some value. The same goes for defensemen Danny DeKeyser and Mike Green. There should be a fire sale in Detroit, and it doesn’t appear that it will be happening on the level that it should.

When the Canadiens lost goaltender Carey Price early in the year and realized they couldn’t remain afloat, they should’ve sold high on the forwards they have on their team. Forwards such as Alex Galchenyuk, Max Pacioretty, Tomas Plekanec are all players that should be sold to the highest bidder. Plakenec is in the final year of his contract, but everyone else has long-term value. This team isn’t competing with this forward group and thinking they could was a managerial mistake.

They’re on the hook for a lot of money on defense as well, but with those long-term deals and the players edging out of their prime, they’ll be tough to deal. The Canadiens are in an unenviable position. They need to make drastic changes, and they may not even have the chance to do the full tear down they deserve.

Like the other sellers on this list, the Canucks have veterans they’re committed to with term and money. They need to cut bait and go full rebuild. Their pseudo-rebuild is not working. The Sedin twins command a lot of money but should’ve been traded long ago once the downturn for the team started. They bought into a mirage of a season three years ago and have been chasing it ever since.

Thomas Vanek, Chris Tanev, and Erik Gudbranson aren’t necessarily the cream of the crop, but they’re enough to start a stout rebuild. General Manager Jim Benning just received an extension and will be trusted to captain this ship. It should be troubling for fans, considering he’s sailed them right into trouble.