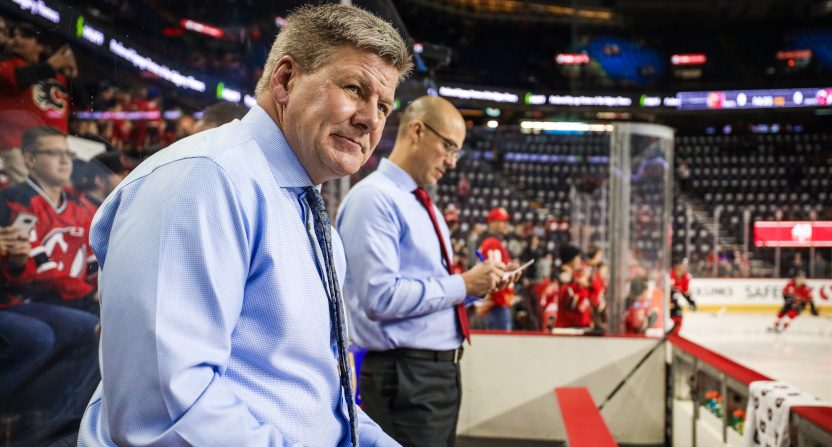 This week saw Calgary Flames head coach Bill Peters come under heavy fire for his past behavior, with former player Akim Aliu saying Peters repeatedly used the n-word towards him over music Aliu was playing in the locker room (in 2009-10, while both were with the AHL’s Rockford Ice Hogs) and with former player Michal Jordán saying Peters kicked him and punched another player in the head (with the Carolina Hurricanes in 2015-16). Both of those accounts received substantial corroboration from other players and coaches. Peters was sent back to Calgary ahead of the team’s game in Buffalo Wednesday, and he eventually issued an apology through the media that day, but his apology wasn’t impressive to many. And Friday saw the news that Peters had resigned:

BREAKING: Bill Peters is no longer coach of the Calgary #Flames. GM Brad Treliving will hold a press conference at 12:30pm ET.

Why did it take so long from the allegations’ emergence Monday to Peters’ resignation Friday? Well, it seems likely that this resignation may have been to avoid an outright firing, and the Flames may have run into some issues if they’d tried to fire Peters quickly. Legal analyst Eric Macramalla (a partner with Gowling WLG in Ottawa and a regular media commentator on sports law issues) spoke to Wes Gilbertson of The Calgary Sun about that for an article published Thursday, and said the time here was likely to let the Flames finish a thorough investigation so they could fire Peters for cause (without too much concern about potential lawsuits from him):

“What’s happening right now is absolutely par for the course. The Flames are doing this precisely the right way. When you have an event like this that involves an allegation like this, the first thing you do as an employer is you initiate an investigation. And then if the allegations are so damning and so offensive, as they are here, you have the option to put the employee on leave, because if he is not on leave, then that might create a stress on the business and on other employees there. The Flames have done that, too.

“…The Flames need to just figure out, ‘OK, is there enough here from a legal standpoint, as well, to fire him without paying him out?’ That is, to allege just cause. If they fire him without cause, then they would owe him what is left on his deal.”

…“If (Treliving) went in and fired him merely based upon an allegation, and the allegation turns out to be wrong, then Bill Peters could sue for defamation, plus what is owed on his deal, plus loss of future earnings. It would be a multi-million-dollar proposition for Bill Peters. …So as an employer, you do what every employer does — you do it the right way. And it takes time. This is going quickly, but you still have to make sure that you have all your ducks in a row before you do something as dramatic as firing somebody.”

The other notable point Macramalla made is that it doesn’t really matter that Peters’ use of the n-word came a decade ago with a different organization (Rockford is the AHL affiliate of the Chicago Blackhawks), as that particular slur “is so toxic and so damning that the Flames can allege that your use of that word, even though it was 10 years ago, has brought our organization into disrepute.” And Peters’ apology did appear to confirm that he used that word. However, that apology really didn’t help his case much, especially with how particular details of it were contradicted by players’ statements:

A statement from Bill Peters, in the form of a letter to CGY GM Brad Treliving:: pic.twitter.com/YouP6ZABrm

As Brett Cyrgalis of The New York Post wrote Friday, Peters’ apology only made him look worse:

But goodness gracious, is there even a baseline of public relations knowledge with Peters’ decrepit “apology” released on Wednesday night? Forget public relations, how about human relations?

First he qualifies his admission by saying he used “offensive language in a professional setting a decade ago” — like it would be just fine now? Then he lied about immediately returning to the dressing room and apologizing to the team. Then comes the kicker, the one line that anyone who has had to apologize before knows is the worst thing you can say: “I also apologize to anyone negatively affected by my words.”

That is straight victim shaming. That is not an apology; it’s the opposite. It’s a declaration that you believe you’ve done nothing wrong and that somehow the problem is the fault of the people who are offended. It’s despicable.

At any rate, Peters’ time in Calgary is now over. And it doesn’t seem too likely he’ll be in demand for high-level coaching jobs any time in the near future.