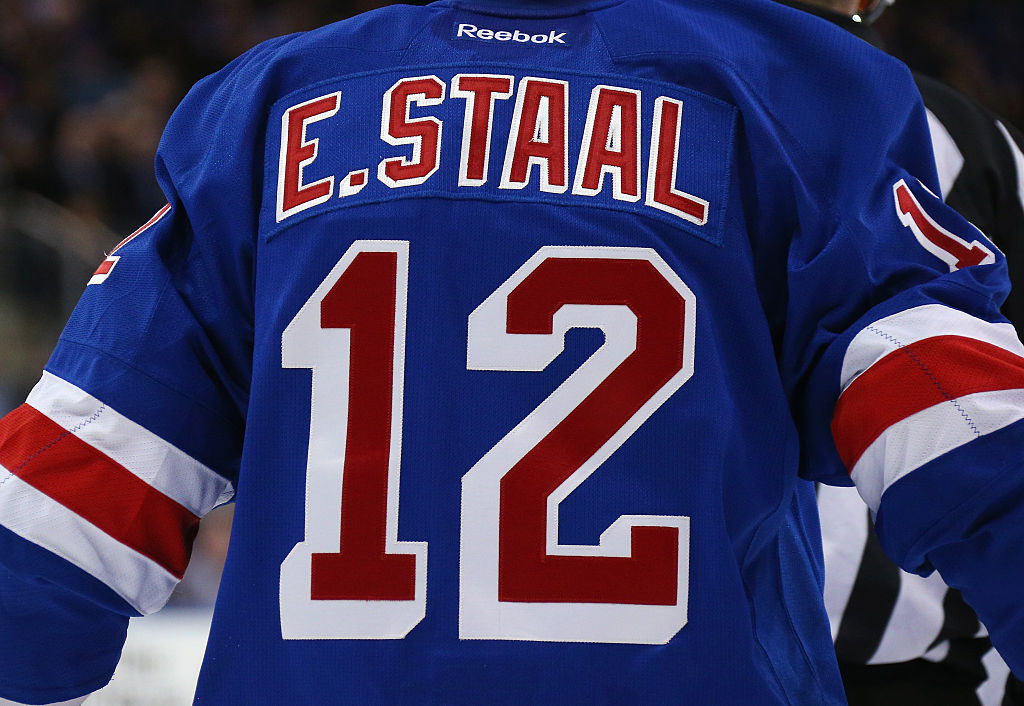 The Washington Capitals are better than the New York Rangers in every way a team can be better than another team.

If these teams meet in the conference semifinals — more and more, it seems like a foregone conclusion — it would be the fifth time in the past seven postseasons it has happened. In a change from recent years, the Capitals would be the overwhelming favorites to win the series. They’ve had home-ice advantage in the previous series and won twice, yes, but this would be a Presidents’ Trophy-winning juggernaut expected to handle a team desperate for one more run before the Stanley Cup window closes completely.

Eric Staal is no longer an elite center, the offensive force he was as a young man with the Carolina Hurricanes. His arrival in New York does not signal a shift in power between the Rangers and Capitals; it represents a flicker of hope that the Rangers, who will be significant underdogs against the Capitals, can pull the upset if things break right for them over two weeks in early May against the NHL’s top team.

For two straight seasons, the Rangers’ recipe for success has been simple; ride Henrik Lundqvist like a thoroughbred down the backstretch of the Kentucky Derby and have the team’s immensely skilled forwards make the most of their scoring chances while usually losing the possession battle. They are the NHL’s leader in PDO the past two seasons, which makes you wonder if they are lucky or are hockey’s version of card counters.

Adding Staal as a third-line center or top-six winger — whatever coach Alain Vigneault feels is best in a given situation — does nothing to improve a leaky defense corps. But for GM Jeff Gorton, that problem was never getting solved via the trade market. Kris Russell? Dan Hamhuis? Roman Polak? The Rangers already have a glut of slow-footed, possession-deficient defenseman and one more wasn’t going to give the Rangers hope against an elite team like the Capitals.

The pucks weren’t finding the back of the net with the same frequency they had in the past for Staal this season — his 6.3 shooting percentage is a career-worst and more than four points below his career average. But he was a possession dynamo this year, which says he has played better than his paltry 33 points, and he may be on the verge of a statistical correction down the stretch and in the playoffs. Staal could be an expert card counter ready to join the PDO-fueled warlocks that are the Rangers.

When the Rangers made their run to the Stanley Cup Final in 2014, they were as deep as anyone. Their third line consisted of Benoit Pouliot, who is now a top-six forward in Edmonton, along with Derick Brassard and Mats Zuccarello, top-line players with the Rangers today. If Staal is used in a third-line role with Kevin Hayes and Oscar Lindberg in the playoffs, maybe they can be that difference-making third line, although asking the Rangers’ top-four defensemen to neutralize the Capitals’ top lines is expecting a lot.

Let’s not kid ourselves — if the Rangers eliminate the Capitals, it will be Lundqvist owning a save percentage somewhere around .940 that makes the true difference. The Capitals will out-attempt the Rangers, and it will be up to Lundqvist to hold open the championship window that only remains that way while the NHL’s fifth-oldest goaltender is stopping close to 94 percent of shots.

(Side note: Learning Lundqvist is that old was like watching the Oscars and realizing Chris Rock is 51 years old. It’s also similar in that I can’t believe how good both men look and if Rock is still on top of his game at 51, maybe Lundqvist can stay there after he turns 34 next month.)

The mental side of hockey is the forgotten side in the analytical age. No one is invincible, but feeling that way matters. Bringing Staal into the fold isn’t exactly transforming the Steve Rogers-esque Rangers into Captain America, but it makes them believe they are better, that they have an edge they didn’t have previously. Eh, maybe Staal makes them the one with the bow and arrow or the spy that knows karate — the Avengers that have skills but aren’t really integral parts to the whole world-saving stuff.

The Capitals may ask themselves that too.

The Rangers needed an overtime goal in Game 7 to beat the Capitals in the second round last year. Since the Derek Stepan shot ended that series, the Rangers have dipped in nearly every way possible, while the Capitals have improved across the board. If and when these teams tussle, it’s the Capitals’ series to lose, recent history be damned.

Getting Staal is the Rangers holding an empty bottle to the sky in the hopes lightning finds its way in there one more time while Lundqvist is still an elite goaltender. For the price of two second-round picks and a prospect, it’s worth it to give this team one more chance to carve through a weak Eastern Conference by slicing through the Capitals for a fourth time in a row.