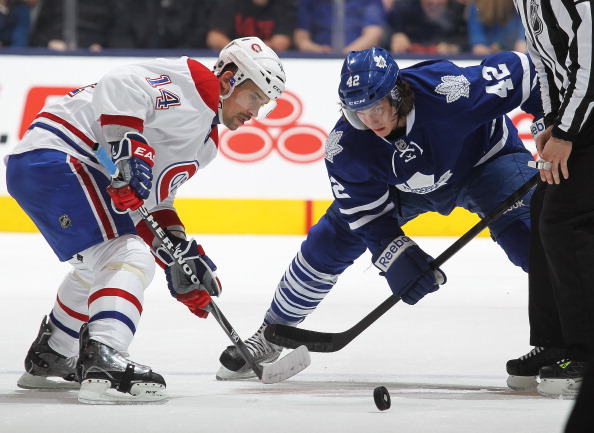 There’s no question that Canada loves its hockey. Many will endure frigid temperatures and lace up their skates to play some shinny on a frozen pond. When Canadians aren’t playing hockey, they’re consuming it, and that hasn’t been a fun ride this season, as all seven Canadian teams are on pace to miss the playoffs.

In the last ten years, at least two Canadian teams have qualified for the postseason every year, except in 2014-15, when only the Montreal Canadiens qualified. If every Canadian team misses the playoffs this season, it would be the first time that’s happened since 1969-70.

To put that into historical context, current Canadian Prime Minster Justin Trudeau’s dad, Pierre was the Prime Minister at the time, and there were just two Canadian NHL teams, the Canadiens and the Toronto Maple Leafs. There may be more pro baseball teams – Canada only has the Toronto Blue Jays – in the postseason than pro hockey teams this season.  One can’t imagine Sportsnet would be thrilled with that outcome, given they paid $5.2 billion – a price which illustrates Canada’s love of hockey – for NHL rights.

How in the world Canada, as a country, will react to being shut out of the NHL playoffs is anyone’s guess. Sure, no Canadian team has won the Stanley Cup in more than 20 years, and probably wouldn’t buck that trend anytime soon, but to have the country’s biggest past-time go unrepresented in the postseason would be insanity.

There would be no friendly trash-talking, no electrifying Canadian anthems, and no hope to see Lord Stanley return to the Truth North. Fans in Vancouver rioted when their team lost in the Stanley Cup, and while it’s doubtful that happens again if no Canadian teams make the playoffs, the reaction around the country probably won’t be pretty.

And yet, while it may be upsetting come playoff time, it shouldn’t come as a huge surprise there may not be any Canadian representation this year.

Before the season started, the Montreal Canadiens (27-27-4) – the winningest franchise in NHL history – seemed like a lock to make it to the playoffs. The team started off on fire, but when 2014-15 Hart Trophy winning goaltender Carey Price went down with an injury, the team was exposed. The fans are now losing their minds, watching their beloved Habs implode while wondering why head coach Michel Therrien hasn’t been fired. Wednesday night, things hit rock bottom, as Therrien had the nerve to call out defenseman P.K. Subban following a loss, which is a huge no-no in Montreal, in what may the final lyrics in his swan song. Instead of the playoffs, they may be stuck re-reading The Sweater, and wondering what could have been.

The rest of the Canadian teams have also been a mixed bag of medicority. The Winnipeg Jets (25-28-3) have a good team on paper but have been stuck with awful goaltending performances from Ondrej Pavelec and Michael Hutchison for most of the season, despite Connor Hellebuyck looking like a stud in 26 games.

The Edmonton Oilers (22-30-6), despite some initial hope that anointed savior Connor McDavid could single-handedly turn their fortunes around, have floundered. The Vancouver Canucks (22-22-12) don’t want to admit they are rebuild ready, and general manager Jim Benning hasn’t proved he’s up for the job. The Calgary Flames (25-28-3) have ridden the PDO train as far as they can, as porous goaltending has caught up to them, despite some talented players on their roster.

The Ottawa Senators (26-26-6) have the best defenseman in the game in Erik Karlsson, yet still have one of the worst d-core’s in the NHL. They’re still going for it though, acquiring Dion Phaneuf and his hefty contract – although that’s like trying to use gasoline to put out a fire.

Through all of this, the Toronto Maple Leafs (20-26-9), who have the most vicious and intrusive media of any team in the NHL, have happily watched other Canadian teams destruct around them, and their fans have been okay with that. Expectations were at an all-time low in Toronto this season, as the club finally embraced a rebuild, making great hires of Brendan Shanahan, Kyle Dubas and Mike Babcock to run the franchise. Fans realized the team was going nowhere, and needed a full-scale upgrade, so watching the team burn in the present while building assets and growing for the future is a welcome tradeoff. The Leafs haven’t been all much worse than their bitter rivals Montreal, despite clearly different intentions – something surely driving Habs fans crazy.

Canadians need to stock up on Molson for the next few months, as watching the playoffs could be an excruciating experience. There’s still a chance a Canadian team could sneak into the postseason and get Canada back on the playoff hype train, but with each passing day the chances of that happening become less and less likely.

The playoffs without a Canadian team is like french fries without gravy and cheese curds; it just isn’t as good. At least Canada’s still got the Blue Jays.