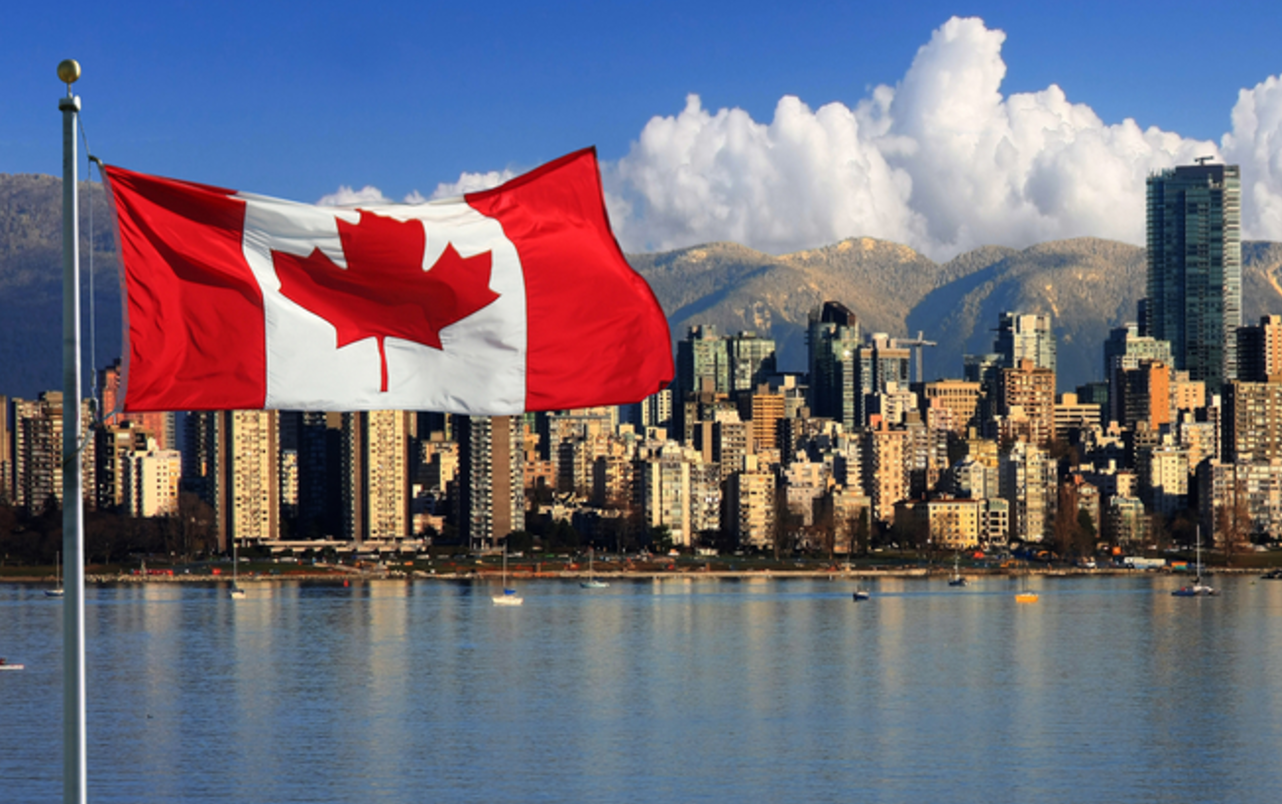 It’s very possible we are living in end times, if not for the world, at least for America. We should have seen it coming when the Chicago Cubs won the World Series, Kevin James landed back on network television and a majority of registered voters thought David S. Pumpkins was hilarious. Donald Trump is the leader of the free world and he can’t even pronounce the word “big league” correctly.

You’re probably thinking to yourself, “I’m moving to Canada.” So was everyone else Tuesday night into Wednesday morning, which is why Canada’s immigration and citizenship web site crashed as the exit polls were being tallied. This is still a good idea, because we can all drive to Canada, English is a national language and when nuclear war starts, we would still be close enough to blast epicenters in the northeast to facilitate our quick deaths.

But maybe you’ve never been to Canada and you don’t know your way around. Your pal Dave has traversed the country and watches a lot of hockey, so I’m happy to be your tourism guide who helps you choose a place to spend the final four years of your life. You’re going to have to start converting miles into kilometers and using that goofy temperature system which states it’s hot when it’s in the teens, but we all must endure our own struggles now.

Here are the seven Canadian NHL cities ranked based on hockey and the cities themselves. It’s been an honor — I mean, an honour — to serve you.

The hockey team: At the moment, the Canadiens are the best Canadian team in hockey and probably the best bet to win a Stanley Cup before Trump melts the ice caps so he can sell “Trump Water” for $11 a bottle in his hotels. You’ll enjoy watching Carey Price, the only wall I endorse for turning aside foreigners.

Pros: The mix of French and English culture is great. Last call at the bars is really late. The mayor tried to extend it to 6 a.m. a couple years ago, so you know it’s a fun town. There’s a casino and a mass transit system. There’s poutine. They may get a baseball team in the near-future. I once saw Wilfredo Cordero and Brad Wilkerson at a strip club there in 2001. That’s a fun memory for me and it can be for you if the Expos come back.

Cons: The Quebec sovereignty movement is a thing there that I don’t understand and it scares me. They want independence from the rest of Canada, so if you’re living in Montreal, you may find yourself in an even newer country a year later. The term “ethno-nationalistic” is used in discussing them, and not for nothing, this is why you left America. Also, the aforementioned casino has the purest body odor your nose will ever encounter.

The hockey team: Much like the premise for this bit, the Senators are mediocre and all the best things probably already happened. You get to watch Erik Karlsson play 25 minutes per night and he will still be Peak Karlsson for the next four years. However, the team plays like 40 minutes from the city of Ottawa. Doing the simple math of Skill x Enjoyment / Kilometres (start practicing typing that now) Traveled, it’s not a desirable drive.

Pros: I ate at a really good Middle Eastern place in 2012. I can’t remember the exact type of food. Iranian, maybe? I think about it when I walk past crappy Middle Eastern places in Hoboken. When the Russians invade at the behest of Kommandant Trump, Ottawa is probably the last major city that will be infiltrated in the second wave. Trump will ride through Toronto shirtless on a horse and decide to rest there for a week before finishing off Ottawa in a day. During that week, we live like Gods. Sorry, typo. Gords. We live like Gords.

Cons: Once I went there for an All-Star Game announcement. Traveled all day and got stuck because of weather. By the time I got to the city, everything was closed — oh yeah, everything closes early there. So I went to the hotel bar, ordered a beer and a quesadilla, when a man began accosting me for 15 minutes. He told me he was there to wield Excalibur and destroy his enemies. He showed me a blurry picture on his phone that he said was proof of god.  Now, I’m not saying it was Chris Neil, but I’m saying he’s still on the Senators and lives in the area.

The hockey team: Johnny Hockey, man. Who knows what foreign policy will look like by the time Trump is inaugurated, so maybe Gaudreau won’t ever be allowed to return home. You get to watch him do his thing for four years.

Pros: If you bump into Brian Burke in the streets, it probably won’t take much to get him to talk about how he could beat up Trump. “I’d take him into a barn, assuming he didn’t build it because if he did it’s probably foreclosed so we’d be trespassing, but then I’d throttle him like he did the Atlantic City economy.” Great beef. You know how some hotels put a chocolate on your pillow? Mine had a small tray of beef jerky. I think about that a lot. I think about a lot of food I’ve eaten in Canada a lot, actually.

Cons: I was there for 10 days leading to that Flames-Canadiens outdoor game and by Day 2, I was bored as balls. Ever been walking around in the winter and think, “Uh-oh, my fly is down?” And you know it’s down because you can feel the cold on your genitals? That’s Calgary winter, only your fly isn’t unzipped. It’s just that cold all the time. If always feeling like you’re walking nude in the cold is your thing, then bump this up to the pros section.

The hockey team: Patrik Laine, man. You’re getting an ascending Laine to distract you from Trump mocking disabled people in the State of the Union address four times. Ondrej Pavelec is gone, which should make you happy knowing that it’s possible to rid yourself of a bad decision after four years.

Pros: This is one of the two cities I’ve never been to. I begged an editor to go there for the Jets’ playoff series against the Ducks but god forbid any money get spent. It’s a five-hour drive to Minnesota if you want to come back for Rudy Giuliani’s administration in 2020. It snows there a lot, so you can probably do a lot of Star Wars Hoth planet cosplay with your significant other.

Cons: There are no mountains. There are prairies, which means we will be sitting ducks when the war starts. Trip Advisor lists a tapas bar as the No. 1 restaurant in Winnipeg, so maybe I’m ranking this city too high.

Cons: The other city I’ve never frequented. A friend went there in December once and told me it’s so cold that you literally can’t be outside for more than five minutes, so they have these indoor walkways that link buildings so you never feel fresh air on your face. It’s like you’re a shut-in even when you leave your home. You can go months without human contact. Wait, why is this a con? Is anyone renting a one-bedroom there I can get into ASAP?

Those @MapleLeafs kids keep lighting it up. pic.twitter.com/nhVhjqbzdL

The hockey team: Fun and good. You’d be getting there at the right time. They’ve embraced Auston Matthews, so you know they love Americans that have something to offer the economy. This team could raise the Cup in 2019, which means it could be one of the last teams to visit the Trump White House that will have been remodeled into a casino by then.

Pros: It’s the closest thing to an American city. It’s big, has lots to offer and the people there do this adorable thing where they wait for the light to change before crossing the street. It’s amazing. You know how when you cross against the light in Manhattan, everyone does it? In Toronto, you feel like a bad-ass leader of a biker gang that doesn’t take the law seriously. Also: terrific falafel.

Cons: Remember Rob Ford? The people of that city elected him to the mayor’s office. He was basically Mayor Donald Trump. If it can happen once, it can happen again. There’s a Trump Tower there, so you’d have to look at that.

The hockey team: Just god awful. The uniforms are awful too. The building is nicely located downtown, but so are funeral homes. You’re moving here for everything but the hockey team.

Pros: Super locally brewed beer. Tremendous seafood. The air is fresher. It rains a lot, but actual rain is better than the metaphorical rain that will coat your psyche in the United States for four years. When Russia invades, they’re never taking Vancouver from the anarchists. And if you don’t feel like fighting, you can just make out on the ground like a god damned idiot and people will think you’re romantic. There’s also weed everywhere.

Cons: There isn’t an edible slice of pizza in the city limits, which is like a cruel trick in a weed-friendly city. And really, the hockey is going to be so bad. But if you’re going to commit to four years of bad policy decisions by people that have no business running anything, you’re better off with it being a hockey organization instead of a federal government.