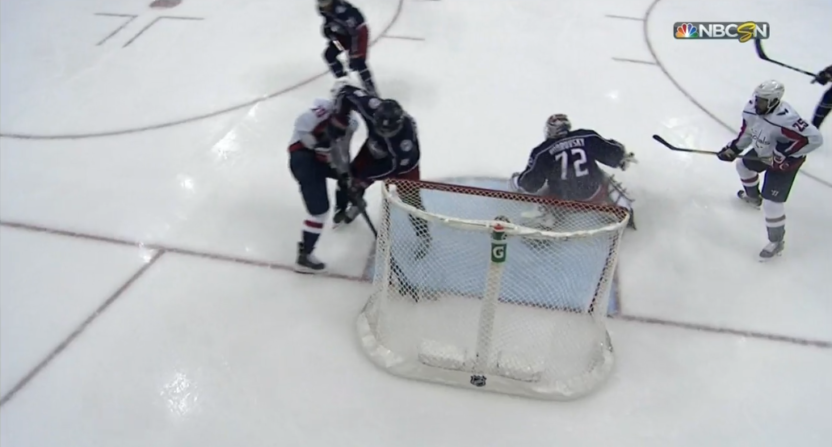 After two straight heartbreaking overtime losses to start the series, the Washington Capitals finally got an overtime victory of their own against the Blue Jackets on Tuesday night in Columbus.

This one actually went into double overtime, with the Caps winning 3-2 on a pinball-style goal credited to Lars Eller with 11 minutes left. He didn’t even realize the puck was in the net until his teammates started celebrating.

A classic “dirty” overtime goal, and this could be just the break the Caps needed to turn things around in the series after two frustrating losses at home.

We’ll see if the Caps take the momentum into Game 4 on Thursday night in Columbus.