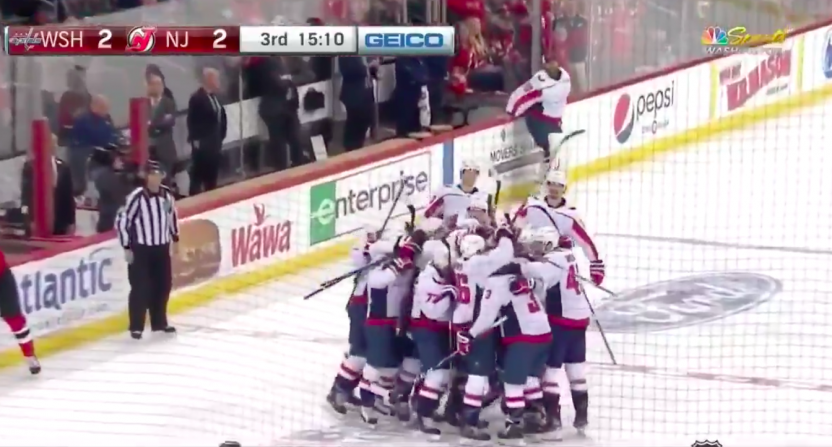 Washington Capitals superstar Alex Ovechkin has pretty much accomplished it all in the NHL. The Russian hockey player has won World Championships for his country, a Stanley Cup for the Caps, and has a Conn Smythe Trophy and three Hart Memorial Trophies to his name. About the only thing left for the prolific goal scorer to do is climb as high as he possibly can on the all-time NHL charts.

He stepped into a very special club on Saturday when he scored his 700th NHL goal, becoming only the 8th player to ever do so.

The players Ovi joins in the 700 Club reads like a who’s who of hockey great. It includes Wayne Gretzky, Gordie Howe, Jaromir Jagr, Brett Hull, Marcel Dionne, Phil Esposito, and Mike Gartner. Gretzky leads all of them with 894. In order to move into 7th place all-time, Ovechkin will have to pass Gartner, who finished his career with 708 goals.

He's the 8th player in NHL history to reach the mark. pic.twitter.com/9XIu7RrwoV

While he may not be done yet, his 700th goal was the culmination of an impressive stretch for Ovechkin, even by his standards. Between January 7 and February 4, he scored 16 goals in 10 games, including three hat tricks. Thanks to this stretch, he now has 27 career hat tricks and 11 40-goal seasons.

Ovi is the first Russian NHL player to make it to 700. While he’s technically the third Capital to make the list, joining Gartner and Jagr, he is the only one to do so while playing for Washington. Considering he’s played his entire NHL career there, it’s safe to say that Ovechkin will go down as the greatest player in franchise history.