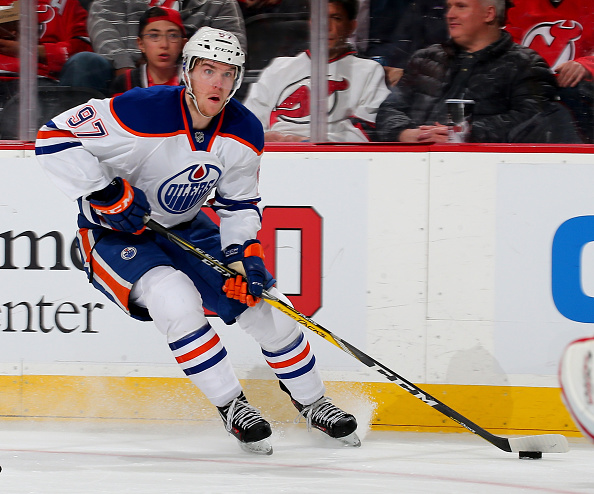 The Edmonton Oilers are nothing more than an oil slick, and have been since they last made the playoffs 10 years ago. The franchise is still dining out on their glory years now 30 years in the past, which means Wayne Gretzky is going to comment on the newest Oilers superstar, Connor McDavid.

“I have a great deal of respect for him. In my point of view, I think he’s mature enough that he can handle [the captaincy] at any age,” said Gretzky in a phone interview with the National Post’s Michael Traikos. Gretz became Oilers captain at 22, but not before he had already won the Hart Trophy four times, won the scoring title three times, and had broken a cornucopia of NHL scoring records.

McDavid hasn’t done anything close to that yet, largely because of an injury that has kept him out for more than half of the season, and because he’s playing on a team that will have an excessive number of lottery balls in the hopper again. But the Great One is still more than confident in McDavid’s ability to lead this once-proud franchise out from the wilderness.

“I think that the best players in the game, the best athletes in their particular sport, are guys that want that pressure. They want that demand put on them. No question, he understands who he is and the focus and everything that is bestowed upon him.”

Colorado’s Gabriel Landeskog became the NHL’s youngest ever captain at age 19, the same age Sidney Crosby was when he was named Penguins captain. Jonathan Toews was 20 years old when he captained the Blackhawks, and they won the Stanley Cup in 2010. Gretzky won the Cup in his first year as captain in 1983-84, but he had Mark Messier, Paul Coffey, and Kevin Lowe to play with. McDavid has a bunch of other high draft picks that haven’t exactly panned out and could find their way out of Edmonton before the start of next season.

“I remember when I took the ‘C’ I felt very comfortable at that point in my career and my life,” said Gretzky. “But I also knew that in the locker room I had a tremendous amount of guidance with people like Lee Fogolin and of course Mark Messier and Kevin Lowe and Paul Coffey. So it wasn’t so much on me to stand up and take charge of the room. That didn’t have to happen.”

McDavid has 28 points in 24 games and could still win the Calder Trophy for the league’s best rookie, even though the team is rooted to the basement of the Western Conference standings. But Gretzky has confidence that the Oilers, and their Albertan rivals in Calgary, could be teams to watch in 2016-17.

“A lot is going to depend on the locker room and what happens there. If you look at both organizations, they’re both building from within and they’re young and they’re hungry and very talented. I think the future is bright and it is exciting. You can build your teams around Connor McDavid in Edmonton or Sam Bennett in Calgary, so I think both teams are definitely going to be teams to watch next year.”

The Oilers move into a new arena next season, and hopefully McDavid will stay healthy so more people can watch his brilliance on the ice. Who he’ll be playing with, whether he’ll be captain, and whether the Oilers fortunes will change are still open questions.