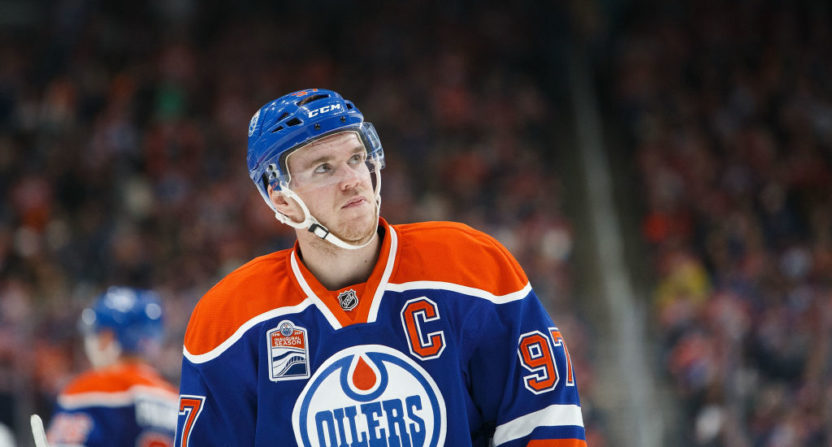 The NHL announced in April that they will not participate in the 2018 Winter Olympics held in South Korea. The league cited several reasons for their controversial decision, but many players and fans were disappointed by the league’s hypocritical choice. With the NHL constantly touting its ambition to grow the game abroad, why would they pass on the game’s biggest stage?

Several prominent players immediately expressed their feelings against the NHL’s decision, and that list is still growing as the 2017-18 season draws closer.

Connor McDavid, one of the NHL’s brightest stars and the proud owner of the largest contract in league history, said he’s upset by the choice to sit out and wishes he could still represent his country.

It would’ve been a special group, and you’re just hoping to be a part of it.”

The NHL’s decision isn’t one players in the league are going to quickly forget. By skipping 2018, the NHL is preventing its stars from representing their country on the Olympic stage until at least 2022. That’s devastating to players such as McDavid who will miss out on playing for Olympic gold during years where his native Canada could have a truly special lineup. Others may never have the chance to compete as careers can change in a hurry over the course of four years.

The National Hockey League Players’ Association has already promised “payback” against the NHL’s Olympic decision when it’s time to negotiate the next collective bargaining agreement (CBA). We can’t see the future, but that sounds like the start of some ugly negotiations and another possible work stoppage.

We can’t read minds, but we’d wager a good amount that the majority of NHL players share McDavid’s feelings and more will take a stand as the Olympics approach.