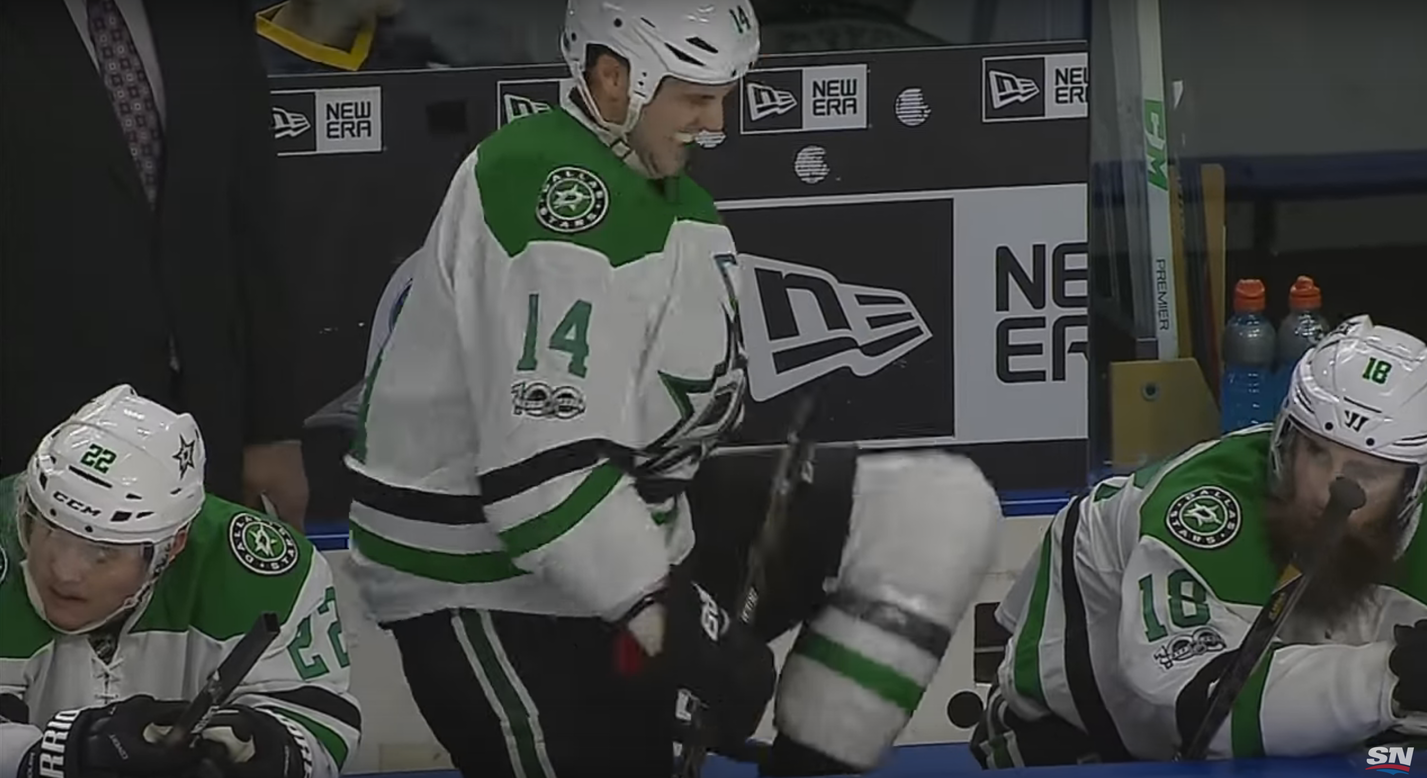 If there is one thing the baseball-playing version of Bo Jackson taught us throughout his career it was that the thigh could indeed be used to break a bat. The two-sport star was rather fond of taking out his frustration on his bat after a strikeout.

Apparently Dallas Stars captain Jamie Benn is a big Bo Jackson fan, because the dude went full Bo Jackson as he grew increasingly frustrated over allowing a back-door goal he allowed to the Buffalo Sabers on Monday night.

Benn took his frustration out in in very Bo Jackson-esque fashion, snapping his stick over his thigh as he skated to the bench. However, that wasn’t enough, as the two replacement sticks that were put in front of him on the bench also received the same treatment.

Yes, THREE sticks went over his thigh in response to a single goal given up. At our count, that is about $600 worth of sticks.

The good news? At least the sticks today aren’t pure wood like they could’ve been. Composite sticks seem to be all the rage these days, and that makes it far-less dangerous to the person snapping said stick. No splinters to worry about, etc.

The bad news? The Dallas Stars can’t find a way to win on the road to save their lives. After the Stars’ 4-1 loss to the Sabers on Monday, the team is a whole 6-12-4 on the road. That is good for just 27th in the league.

Oh, and to top that all off, Benn’s team is even worse against the Eastern Conference, going 2-7-3 on the season against teams from the other conference.

It is easy to see why Benn would be frustrated. Now add in his own inconsistent play and an injury-riddled season and you see it all adding up to the moment where three unassuming sticks were destroyed.