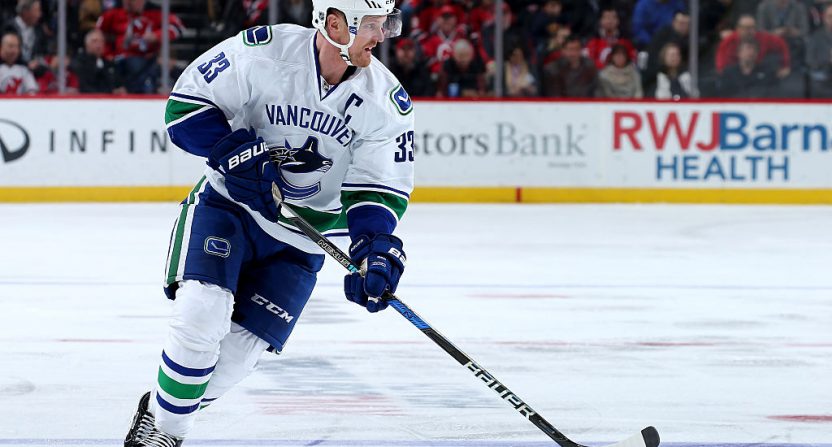 The hockey world will be poorer come Saturday. The Sedin twins – Daniel and Henrik – recently announced that they will retire after the Vancouver Canucks’ season finale against Edmonton this weekend. Fittingly, they made the announcement together.

The Swedish brothers stood out as soon as they were introduced into the North American hockey vortex. The two played professionally in Modo, Sweden’s top professional hockey league, and thrived, playing well enough to earn the attention of NHL scouts. Both were top 10 prospects for the NHL Draft, making it nearly impossible that they would be selected by the same team.

Any other brothers, even twins, would have accepted that and gone on to play for whoever drafted them. But the Sedins, through an agent, made it clear they wanted to play together. Brian Burke was ready to take advantage.

The now-famous general manager was then relatively new, looking to revive the Canucks franchise which had fallen into disrepair after a 1994 Stanley Cup appearance. The team had the third overall pick going into draft season.

Burke traded recently acquired Bryan McCabe to the Chicago Blackhawks for the fourth overall pick. He then traded that pick and two later-round picks to Tampa Bay for the No. 1 selection. That was followed by trading the first pick to Atlanta for the second overall and an agreement that the Thrashers would not take either of the Twins.

The Canucks took Daniel with the second pick and Henrik with the third. It might not have become clear just then, but the maneuvering would completely change the fortunes of the Vancouver franchise.

The Sedins signed matching $1 million contracts with Vancouver, but both opted to stay in Sweden for one more year. It wouldn’t be the last time the two would act together.

They both were solid, but not spectacular while playing on the same line during their first three seasons while Markus Naslund’s line led the team to the playoffs. Henrik had 104 points in that stretch, while Daniel had 97. As had been the case since their childhood, Henrik served as more of a playmaker while Daniel was the goal-scorer.

Both had a bump up in production the next season as Henrik had 42 points and Daniel had 54. But their rise was stunted the next season as the entire NHL campaign was lost to a lockout. The twins returned home to Sweden to play in Modo for one more season.

When they returned, their development days were long behind them. Henrik reached 75 points and Daniel got to 72. They stayed around a point per game as the team started to rise into a playoff contender once again.

In 2009-10, Henrik made another jump. He finished with 29 goals, 83 assists and a league-leading 112 points en route to winning his first-ever Hart Trophy. It would be the most points he would have in any season by a wide margin. Daniel followed suit the next year, scoring 41 goals and adding 63 assists to finish with 104 points. Like his brother, he won the Art Ross Trophy. But unlike Henrik, he did not win the Hart Trophy, finishing second in voting to Corey Perry.

The 2010-11 season also doubled as the high point for the Canucks as a team during the Sedins’ run. The team broke a franchise record with 117 points, taking home the President’s Trophy. Vancouver stormed through the Western Conference Playoffs to get its first Stanley Cup Final in 17 years. Henrik led the team with 22 points during the run, while Daniel had 20 and nine goals.

But the Canucks were unable to close the deal, after going up on Boston 2-0 and 3-2 in the series. They lost Game 7 at home, setting off an infamous riot in downtown Vancouver.

The twins followed that up in 2011-12 with 30 goals for Daniel and a league-leading 67 assists for Henrik while leading the Canucks to 111 points and another President’s Trophy. However, Vancouver meekly bowed out in five games in the first round and did the same the next year.

The Canucks began to trend downward from there as mismanagement doomed the Canucks to long-term failure. Yet the Sedins remained productively while their trajectories remained eerily similar. They were both just under a point-per-game during the lockout-shortened season of 2012-13. The next year, both dipped pace-wise with Henrik compiling 50 points and Daniel getting 47. Both picked up in 2014-15 to 73 and 76 points, respectively. But both dropped by double-digits the following season. In 2016-17, Henrik put up 50 points and Daniel 44.

This season, despite horrific circumstances, the Sedins continued to show up. While Henrik only has three goals, he leads the team with 45 assists. Meanwhile, Daniel is up to 52 points. Not bad for a pair of 37-year-olds.

With just a few games remaining, Henrik has 1,068 points in 1,327 games while Daniel has 1,038 points in 1,303 games. There are more similarities I could mention, like the viral video of the two drinking water completely in sync on the bench during a game, or having matching contracts throughout their careers.

But there’s more to the Sedins than their quirky uniformity. They’re both among the best players of their era, breaking the 1,000-point barrier during a time when offenses were suffocated. They played for the seven best Canucks teams by point total and helped return the franchise to relevance, even if powers beyond their control reversed that recently.

The twins were also nearly universally admired by their peers, the media and coaches. Save for some predictable bigotry and xenophobia from the dregs of the hockey world, they received almost universal praise during their careers.

They played clean, creative and beautiful hockey, the kind we don’t see enough of in North America anymore. They were a joy to watch.

Henrik and Daniel Sedin came to the NHL together, and that’s exactly how they should enter the Hall of Fame.