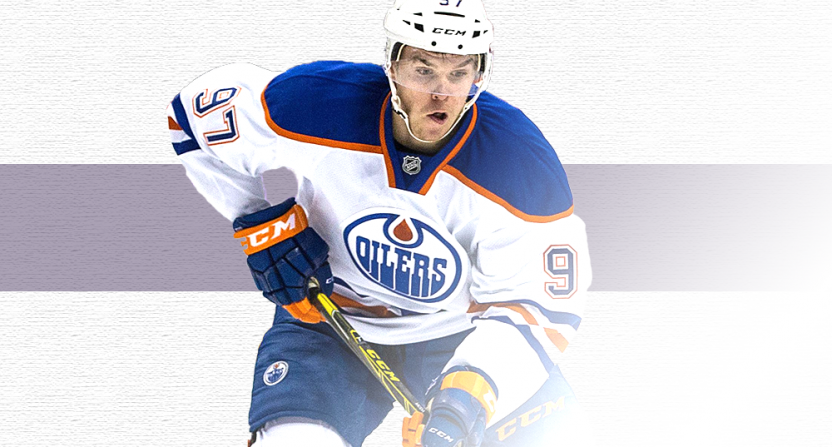 When the Edmonton Oilers won the 2015 NHL Draft Lottery and landed Erie Otters’ forward Connor McDavid, it seemed to spell the end of the club’s firmly entrenched mediocrity. McDavid was a generational talent who was supposed to catapult the Oilers back into contenders. McDavid’s done as much as he can, yet, somehow, Edmonton is poised to miss the playoffs for the third time in four seasons during his tenure. It’s clear they’re failing to capitalize on his staggering ability.

In his four-and-a-half seasons, McDavid has unquestionably been the most talented, game-changing player in the league. The 21-year-old’s scoring numbers are sublime, hitting 100 points in two straight seasons and on pace for a career-best 125 points in 2018-19. He’s a joy to watch. Despite his individual success, Edmonton has won just 20 of their first 43 games. It’s baffling that the Oilers stink so badly despite McDavid’s production.

So why haven’t the Oilers got better? In the most basic terms, Edmonton, specifically team president and general manager Peter Chiarelli, have cataclysmically failed at surrounding McDavid with even average talent.

Chiarelli’s transaction list, for the most part, reads like someone actively trying to sabotage his own team. He traded left winger Taylor Hall to New Jersey for defenseman Adam Larsson in perhaps the worst trade in NHL history. Hall would be the league’s MVP the next season. He gave up a first-round pick and second-round pick for defenseman Griffin Reinhart, who’d play 29 games before being lost in the expansion draft.

Chiarelli signed left winger Milan Lucic, a tough guy relic of the old NHL, to a seven-year, $42 million deal in the summer of 2016. Lucic has two goals this season and is the most expensive fourth-liner in the game. Chiarelli turned center Jordan Eberle, a consistent 25-goal scorer into center Ryan Strome.  Strome would score 14 goals in 100 games before getting traded for center Ryan Spooner – who the Oilers can’t even give away.

Elsewhere, the Oilers lack the necessary depth to be competitive. Edmonton sits 22nd in goals for despite McDavid’s elite scoring numbers. Outside McDavid, center Ryan Nugent-Hopkins and forward Leon Draisaitl, the Oilers’ top three forwards, the team is trash. Only six forwards have eclipsed the 10-point mark. How you can have the league’s top scorer and have so little other contributions shows how much weight McDavid is forced to carry.

Defensively, the team’s a mess. Chiarelli’s assembled a mix of mid-to-bottom pair defenders—nearly all of whom have been asked to do much. There’s no true number one defenseman. Chiarelli envisioned Larsson as that guy, but the 26-year-old Swede doesn’t have the skillset to be anything more than an okay middle-pairing defender. Between the pipes, things don’t get much better, as Mikko Koskinen and Cam Talbot have yet to prove deserving to be starters at the moment, despite flashes during their Oilers’ tenure.

Chiarelli, GM of the 2011 Stanley Cup-winning Boston Bruins before joining the Oilers, is essentially the kid on the playground who traded away all of his first edition Charizard Pokemon cards for Blastoise cards because of the logic that water beats fire. He doesn’t realize the value of his own players. He’s lost almost every big trade he’s made and has been straight up embarrassed in multiple deals. That’s not to say every single move he’s made is a bust, but Chiarelli hasn’t improved his team since joining in April 2015.

Someone needs to take Chiarelli’s phone away from him. It’s frankly shocking he hasn’t been fired already. He’s clearly feeling the heat. In a last-ditch effort to save his job, Chiarelli fired coach Todd McLellan and replaced him with Ken Hitchcock. But the coaching was never the team’s biggest problem. He is.

The best move Chiarelli made was convincing McDavid to sign an eight-year, $100 million extension. Locking him up long-term curbed any fears he’d leave the franchise once he realized things weren’t getting better as long as Chiarelli was calling the shots. Thankfully, it appears Chiarelli’s days are numbered. Still, the Oilers have wasted McDavid’s talents since winning the jackpot and drafting him. Edmonton can’t continue to fail him; McDavid’s too good to have his elite production wasted. But Chiarelli hasn’t shown a lot of reasons for fans to be optimistic that he can improve the team around McDavid.