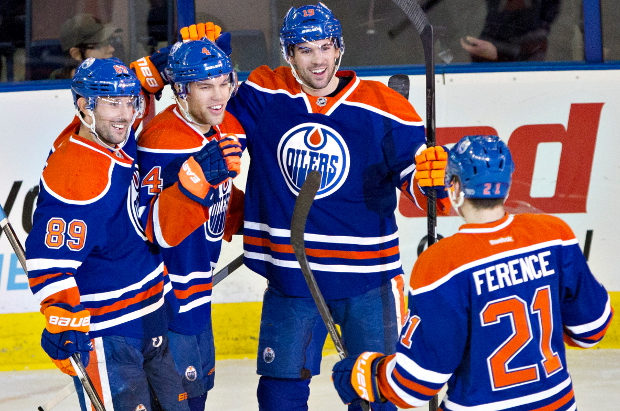 This was entirely predictable and we should have seen it coming.

The Edmonton Oilers were always going to break their playoff drought at some point, but much success beyond that was put in jeopardy the day they brought in Peter Chiarelli. The fact that the Oilers are 7-9-2 to start this season and have a negative-eight goal differential despite an 8-2 win on Tuesday should not be too much of a surprise.

Chiarelli is not a good general manager and he never was. There’s a notion of which we should disabuse ourselves that any executive who presided over a successful team was inherently good at his job and deserves more work. Chiarelli is a fine example.

He “won” a Stanley Cup with the Bruins in 2011. Of course, he inherited two of the most prominent players involved in winning that title. Patrice Bergeron was drafted by the previous regime and Tim Thomas was signed the year before Chiarelli showed up. He did sign Zdeno Chara, but even Jim Benning, the Vancouver Canucks GM perceived as the worst in the NHL, would have known enough to do that. Together, those three made up the trio that carried Boston to a nice little six-year period of success. They were undoubtedly the most important players in both of the Bruins’ Cup runs, joining David Krejci and Tuukka Rask (both of whom Chiarelli inherited).

His major moves involved trading Phil Kessel, in his early prime, for the picks that turned into Tyler Seguin and Dougie Hamilton. He later traded Seguin in one of the worst and most indefensible moves in league history. He did some good things too, obviously, but taken as a whole, his tenure can be viewed as not getting the most out of a fantastic group that he had little say in assembling.

All of this is to say, hiring him in Edmonton was a mistake the day it happened and every day he keeps his job further damages the potential of a franchise that could have dominated for a decade.

When Chiarelli took over the Oilers in 2015, they weren’t just a team with playoff potential or even just Cup contender potential. They had a real look at a historically great run with the right management.

Connor McDavid joining a forward corps of Taylor Hall, Ryan Nugent-Hopkins, Leon Draisaitl, Jordan Eberle and what talent was left of Nail Yakupov was a potential murderers’ row before Jesse Puljujärvi was drafted. Of course, the defense was a mess and they needed a goaltender. But both of those situations were manageable, especially considering the excessive amount of potential top-six forwards.

In the time that has since passed, McDavid has won an MVP and earned his status as a generational talent while Draisaitl has emerged as a top-tier scorer. Cam Talbot has provided solid goaltending. And yet, the team started the season the way they’ve started almost every year since 2009: terribly.

It’s hard not to point the finger at Chiarelli.

Hall, Eberle and excessive cap space became Adam Larsson, Ryan Strome and Milan Lucic. It’s not so much that Strome and Larsson are terrible, it’s how much value the team wasted in trading away a very good and a great forward. To come away with anything but a top-flight defenseman in those deals is a disaster. This is also forgetting the fact that they gave away Yakupov at his lowest value and inexplicably bought out Benoit Pouliot.

The team handed out $21 million worth of AAV to McDavid and Draisatl, giving the clear signal that it’s their team going forward. But they’re also paying $6 million per year through 2022-23 for Lucic, $5.5 through 20-21 for Andrej Sekera and $4 million through 2021 for Kris Russell. So even though the team will have a good amount of cap space next summer, how much do you trust the front office to spend it wisely?

The Oilers may very well make the playoffs this year, but it will be an uphill climb. They’re already four points back of the eighth-place team in the West with a slew of solid teams between them and a playoff spot. This is not a position that a franchise who has picked first four times, third, fourth and eighth in the NHL Draft in the past decade should be in. But it’s the position Chiarelli has put the team in.

Oilers fans should be disappointed and angry, but not surprised.