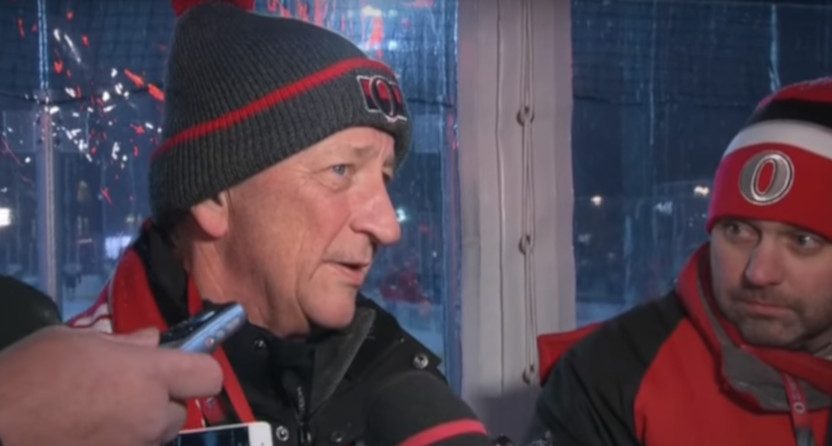 Ottawa Senators fans aren’t the biggest champions of franchise owner Eugene Melnyk these days. The outspoken billionaire (in theory) has long been outspoken and not in a good way. He’s coming off a season in which he traded away the team’s star player and fan favorite, released a bizarre video in which he somehow made fans feel more disenfranchised, and then went on to take shots at fans and local reporters during radio interviews.

So no one is going to feel too bad for him with the news that the Mohegan Sun casino in Connecticut is suing Melnyk over $900,000 in gambling debts. According to a lawsuit filed in June, Melnyk issued the casino a series of drafts that a Toronto bank failed to honor. The first draft was issued on March 17, 2017, and four more were issued on March 19. Three of those March 19 drafts were issued within one hour of one another. Per the suit, four drafts were for $200,000 each and the last one was for $100,000.

For those wondering, a bank draft is basically a check where payment is guaranteed by the issuer after a review of the account to see if there are sufficient funds available is completed. The casino is looking for repayment of the $900,000 as well as $15,000 in damages, costs, and interest.

Considering the 60-year-old’s net worth is estimated at $1.2 billion, it certainly creates a lot of questions if he was unable to secure that money at the time. Chief among them is whether or not Melnyk has the financial wherewithal to own and run an NHL franchise by himself.