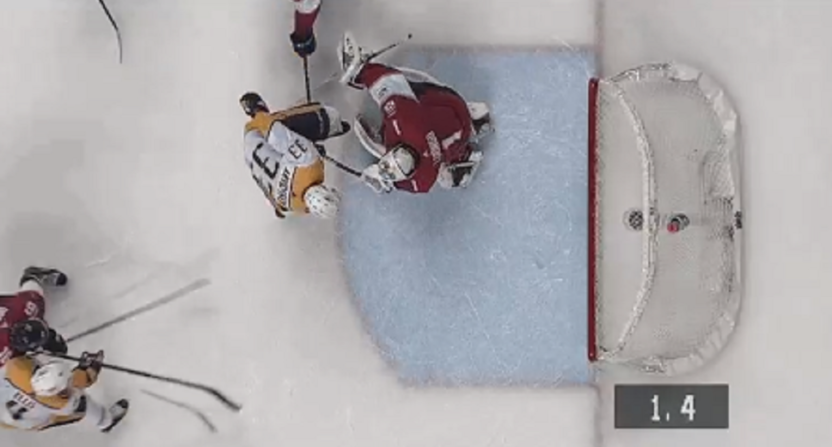 It appeared the Nashville Predators tied the Florida Panthers with 0.6 seconds remaining in regulation on a Filip Forsberg goal. However, after review, officials ruled that Nashville’s Viktor Arvidsson interfered with Florida goalie Roberto Luongo, and the goal was waved off.

Apparently this is goalie interference. Filip Forsberg ties things up with 0.5 remaining and after review it gets called off after being called a good goal on the ice. #Preds pic.twitter.com/ebj9bKQwsU

Well, the goal being disallowed got a lot of reaction on Twitter, and from famous people, even.

It’s no surprise that country music singer Carrie Underwood was quite angry, as her husband Mike Fisher plays for the Predators.

Biggest pile of ? ever! Preds we’re straight up robbed. https://t.co/sdr8kkMa1A

I am seriously livid. @NHL , fix this.

Even actor Kiefer Sutherland — best known for playing Jack Bauer on 24  and currently playing President Tom Kirkman on Designated Survivor — tweeted that the Predators were robbed.

Dear @nhl I love you and I always will but @PredsNHL were robbed tonight.

Hey @NHL , those are the kind of calls that cause fans to lose faith in the head office.. Always let the officials on the ice have final say.. That is weak.. At least it wasn’t an important game. #sarcism

It’s certainly an annoying regulation loss for the Predators, but they’re still in good shape to get the Western Conference’s top seed and potentially the Presidents’ Trophy with 113 points in 80 games.