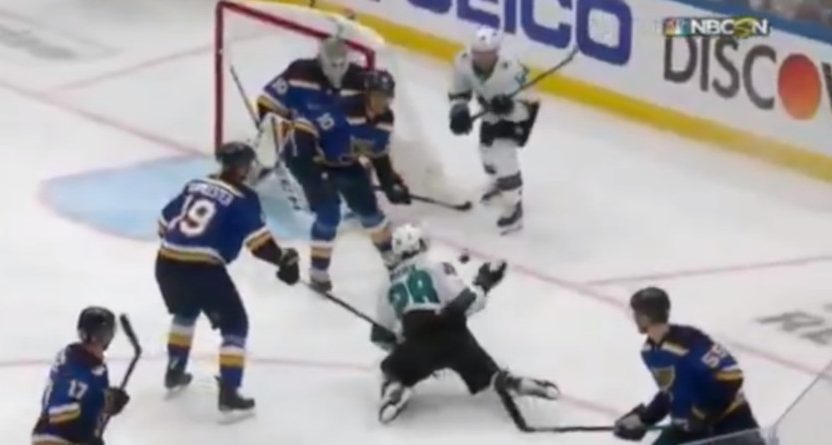 GamblingNHLBy Andrew Bucholtz on May 16, 2019

We’ve seen some interesting promotional strategies from FanDuel Sportsbook over the years, including paying out Alabama national championship bets months early (whoops). They’re now back in the news again around Game 3 of the NHL’s Western Conference Final Wednesday night, which ended with the San Jose Sharks beating the St. Louis Blues 5-4 overtime, a finish that sparked a whole lot of controversy thanks to an uncalled illegal hand pass from Sharks’ forward Timo Meier that set up Erik Karlsson’s game-winning goal, but wasn’t eligible for review.

That controversial finish led to FanDuel deciding to refund all moneyline bets on the Blues in that game:

We have to hand it to the Sharks, they're unwavering grit made for a thrilling Game 3 finish.

However, due to the controversial nature of San Jose's OT winner, we're refunding all St. Louis ML bets from last night's game 💰

Blues fans, #PlayGloria and we'll see you for Game 4! pic.twitter.com/VeSiocYLX7

That’s a decent promotional move by FanDuel, getting them some attention at presumably not a huge actual cost. (It would have worked a little better if they had used the right “their” in the tweet, though.) And it gets FanDuel in the conversation around that game, which is definitely getting some attention, especially after series supervisor Kay Whitmore didn’t defend the call but only said it was non-reviewable:

Pool reporter: Did any of the officials see it?

Whitmore: “It’s a non-reviewable play. You can read between the lines. You can figure out what you want. You watched the video. But it’s just non-reviewable. I know that sounds like a cop-out answer, but that’s the truth.”

Pool reporter: Any leeway for Toronto to step in?

Whitmore: “If there was, then you answered your (question). The way the rules are written, any chance there is to review, everything is reviewed that’s reviewable. But as the rules currently stand, the play is non-reviewable.”

That’s led to local outrage in pieces like CBS St. Louis affiliate KMOV’s “‘It’s [expletive] garbage’: Blues lose on botched call,” which includes the stellar line of “the most blatantly blown call in St. Louis sports since first base umpire Don Denkinger’s in the 1985 World Series.”  It even spawned a Maradona meme. And it’s led to national criticism from everyone from Scott Burnside to Craig Custance. So there’s a lot of talk here for FanDuel to piggyback off of, and this move makes some sense for them. Don’t expect the books to start doing this on every controversial call, though.