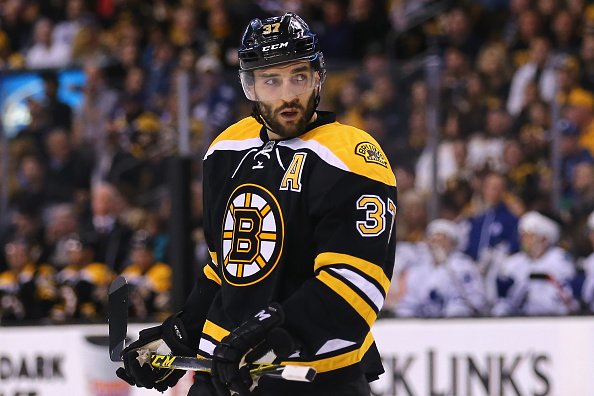 Like most of us entering the new year, some NHL players need to pause and reflect on 2016.

Thus far through the 2016-17 NHL campaign, select players are left wondering just what happened to their season. While not every player failing to produce points has played poorly, the results have not been kind for some, no matter what the effort.

As we near the halfway point of this NHL season, it’s easier to assess a player’s struggles with a larger sample size.  Here are five players hoping for better results in 2017.

The New York Islanders handed Andrew Ladd arguably the worst free agent contract of the offseason with a massive seven-year, $38.5 million deal. Ladd isn’t a below-average player, but Garth Snow outbid himself to sign a 31-year-old on the decline for a crippling long-term contract which pays him like the star he isn’t. Ladd’s struggles to live up to the deal aren’t necessarily his fault, but his production is lacking.

Through 35 games, Ladd has scored seven goals and 11 points — about a 25-point pace over a full season — which is way off his normal production. The 14-year veteran tallied at least 46 points in each of the past six seasons. The decline can be mildly attributed to his ice time being dropped by a couple minutes per game, as he’s skated on the fourth line. But his 12.3 shooting percentage is above his career average. Ladd hasn’t been unlucky.

Andrew Ladd (finally) unloaded his first with the @NYIslanders​. pic.twitter.com/SLvgcr2poN

His production is 10th among Isles forwards behind bottom-sixers Jason Chimera, Casey Cizikas, and Cal Clutterbuck. That’s embarrassing, considering Ladd’s annual $5.5 million ties him with superstar John Tavares for highest-paid forward. It doesn’t add up. New York is getting little production at his value.

Sure, Ladd provides other intangibles to the Islanders like grittiness and leadership, but those qualities don’t take away the fact his contract is already an albatross. Considering it’s the first year of a seven-year (!!) deal, Ladd needs to pick up his production and quickly. Will that happen? I wouldn’t count on it. At this point of his career, Ladd can be a quality middle-six winger. But he’ll never live up to his insane contract.

Brian Elliott was sensational for the St. Louis Blues in 2015-16, so when the Flames picked the goaltender up for a relatively cheap price of a couple draft picks last offseason, he appeared to be in the perfect situation to continue his late-career success. Unfortunately for the 31-year-old, his season started off poorly, allowing 14 goals in his first three starts with Calgary and he has never recovered.

In 88 starts with the Blues over the past two seasons, Elliott delivered a quality .932 even strength save percentage. With his confidence seemingly shaken in Calgary, that number dipped to .907 through 17 starts. In all situations, Elliot’s numbers aren’t good. He’s got six wins, nine losses and one OT loss in 16 starts, with a 3.07 goals against average and a .890 save percentage. He’s been unable to sustain any run of success which caused the Flames to turn to Chad Johnson, who’s the starting goalie for the time being.

I still believe Elliott is a very good starting goaltender in the NHL. But his recent play has indicated otherwise. He needs to refresh and start anew in 2017. With the Flames’ playoff chances teetering on his performance, it’s time for Elliott to step up.

With Auston Matthews and Patrick Laine lighting the lamp on what feels like a nightly basis, the NHL has been blessed with many talented rookies producing insane numbers in their inaugural seasons. Another talented youngster who’s gotten lost in the mix is Jesse Puljujärvi. Fans were frustrated when the 18-year-old, the consensus No. 3 pick in pre-draft rankings, somehow fell to Edmonton at the four spot. Puljujärvi appeared destined to be another huge piece for the Oilers, but he’s not quite there yet.

Puljujärvi has appeared in 25 games with the Oilers, scoring just once with eight total points. His minuscule scoring output isn’t due to a lack of trying, as he’s shooting just 2.5 percent in all situations. Puljujärvi has also dealt with injury issues and been lucky to see more than 10 minutes per game of ice time as of late. With more opportunity, Puljujärvi would produce. But right now, he’s not getting it.

So Oilers fans need to chill out. At his age, his production is normal. Not all rookies can score like Matthews and Laine. That doesn’t mean Puljujärvi can’t contribute.

Colton Parayko has scored at a nearly 50 percent rate with 17 points in 36 games. That doesn’t sound too bad, eh? So why is the hulking defenseman on this list? Because he still hasn’t scored a goal.

The 6-foot-5 Parayko has the dubious distinction of firing 90 shots on goal without scoring. That’s hard to do. Especially for a blueliner who’s got an absolute howitzer of a slapshot — reminiscent of former Blue Al MacInnis — which has been clocked at 102 mph. For whatever reason, Paryako hasn’t found the back of the net, which is odd, considering he scored nearly double-digit goals as a rookie.

If Parayko keeps firing pucks on goal at his current rate, he’ll eventually find the back of the net. There’s no need to adjust what he’s doing. Parayko is still generating shots at a healthy rate while playing important minutes on the Blues’ backend. It must be frustrating not to score, but he’s just been severely snakebitten.

Patrice Bergeron cuts the Sabres lead in half 2-1 pic.twitter.com/45Q8qGLFwk

Patrice Bergeron is one of the best two-way forwards in the NHL. If you say otherwise, you’re wrong. The 31-year-old does all the little things right defensively and is a plus player offensively. His stature in the game makes his struggles so far in 2016-17 shocking.

Through 34 games, Bergeron, coming off a 32-goal season in 2015-16, has scored just six times, including a goal against the Sabres on Thursday. His shot numbers tell the story: Bergeron is shooting 5.3 percent at even strength and 4.9 percent in all situations. He’s scored one goal for about every 20 shots he’s taken. Bergeron’s career shooting percentage is in the double-digits, so his drought can be attributed to bad puck luck. He’s still an elite possession driver (62.0 Corsi For) and a nightmare to play against.

There’s little chance Bergeron ends up with his on-pace totals of 14 goals and 25 points. The goals will come. Like Parayko, Bergeron just needs to keep shooting. He’s not cursed. The puck will go in eventually.

The Bruins are a fringe playoff contender, so the longer that Bergeron’s drought continues, the worse shape they’ll be in. I’m betting, however, the worst is done for Bergeron and his goal scoring totals will increase in the new year. Perhaps Thursday’s scoring effort was the start of a healthy streak.