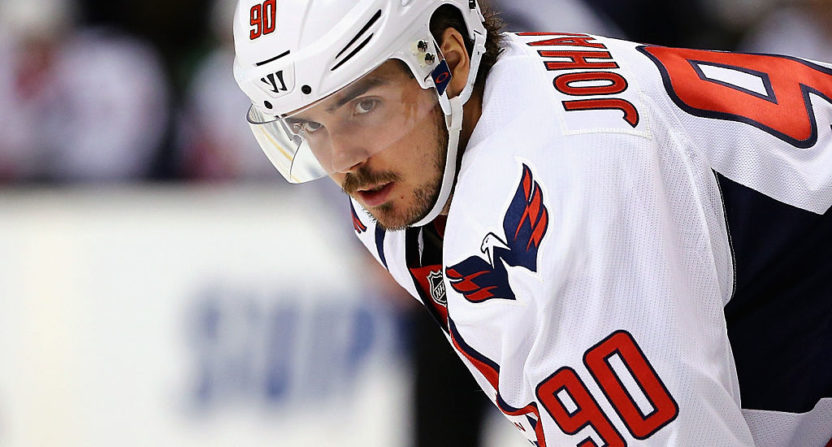 With another NHL season quickly approaching (training camps open in just under two weeks), it feels like an appropriate time to profile five players who will be worth watching for the upcoming 2017-18 campaign.

Most of the players listed here are on new teams and thus could thrive in different roles and better opportunities. But there are a couple of young players who still have some upside to fulfill as well.

Johansson experienced a breakout season in 2016-17, scoring a career-high 24 goals and 58 points. He accomplished those numbers while earning second-line ice time. In New Jersey, he’ll join the third-lowest scoring team (2.2 GPG) in the league, so he will get a boost in opportunity as the Devils look for more scoring beyond the first-line.

The left wing could slot in on the first-line alongside Taylor Hall and Nico Hischier, supplanting Kyle Palmieri. But even in a second-line role, Johansson could still hit 60 points and be a valuable contributor going forward. For the small cost of a second- and third-round pick, the Devils added a dynamic scorer for a minuscule cost. So even if his stats don’t jump, there’s tons of value still.

The Carolina Hurricanes’ goaltending has held a solid, smart team back from contending. So acquiring Darling from the Chicago Blackhawks in a cap-dump for a third-round pick was an absolute no-brainer.

Despite not ever being a regular starter and just appearing in 75 games despite being 28 years old, Darling is exactly what Carolina needed. The 6-foot-6 goalie’s career .932 even strength save percentage is nothing to scoff at. Even with an increased workload, the Hurricanes should see an immediate uptick in goalie performance. Think of the deal similarly to when the Oilers traded for Cam Talbot. It’s a risk, but one with the potential of paying off big-time.

Connor McDavid has overshadowed Eichel, as has playing for a generally terrible Buffalo Sabres squad. But make no mistake, Eichel is a star. The 20-year-old center scored at a nearly point-per-game pace with 57 in 61 games, and will likely make another leap in 2016-17.

Eichel fires a ton of shots on goal (4.08 last season) and possesses the ability to be a top-five NHL center. Honestly, if healthy, he could hit triple-digit points. That shouldn’t be expected to happen, but the sky’s the limit for Eichel. The Sabres have themselves a generational player with still untapped potential.

Panarin has consistently been one of the best wingers in the NHL over his first two seasons. The 25-year-old’s production was somewhat overshadowed playing alongside Patrick Kane, but now in Columbus, Panarin should continue his nearly point-per-game pace.

He has it all offensively — a gifted passer, an above average goal-scorer and someone who makes his linemates instantly better. Despite his new digs and linemates, Panarin’s production should get even better. Outside Kane’s shadow, Panarin is likely to show he was a key driving force in their on-ice tandem.

I’m putting Sheahan on this list solely because he experienced a nightmare 2016-17. After scoring 27 goals in the past two seasons as a serviceable depth piece, the former first-round pick cratered. He failed to score until the last game of the year, a 79-game goalless drought. The streak wasn’t for a lack of trying, as Sheahan became the first forward in NHL history with at least 100 shots not to score.

Unless he’s cursed, Sheahan should return to double-digit goal numbers. He’s not much more than a bottom-six center, but he’s better than being in the NHL history book for the wrong reasons.