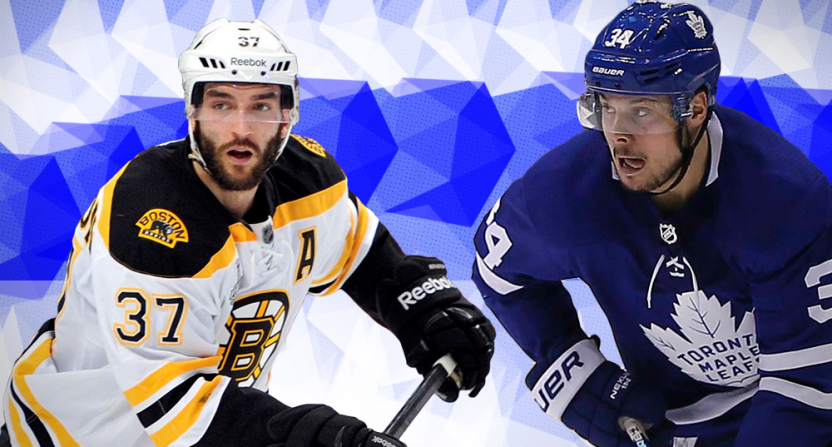 The NHL’s trade deadline is less than a week away, and teams are starting to gear up for the playoffs. With five days until the February 25th trade freeze, teams need to decide (if they haven’t already) if they’re buyers or sellers. It’s not an easy decision for some organizations, but for five teams, it’s clear they need to add during the deadline.

The Bruins are having another stellar season under head coach Bruce Cassidy and look to be the greatest threat to the first-place Eastern Conference powerhouse Tampa Bay Lightning. But after getting bounced by Tampa in the second round of last year’s playoffs, they need to make a big move to add to their core.

Boston is a middle-of-the-pack offensive team despite wingers Brad Marchand and David Pastrnak and center Patrice Bergeron averaging well over a point-per-game each. Adding a top-line winger like Columbus’ Artemi Panarin or even a middle-six guy like the Kings Tyler Toffoli would go a long way. Bergeron and David Krejci could use the help. Acquiring depth to the bottom-six should also be a priority. They’re off to a decent start, bringing in forward Charlie Coyle from Minnesota on Wednesday for prospect Ryan Donato and a fifth-round pick.

In what’s potentially captain Zdeno Chara’s last season, the Bruins should go all-in, even if they’re lacking future assets. They have a promising team that could contend for the Cup this year with some help, and taking one last big swing with their current group seems more than worth it.

The Maple Leafs have already started adding pieces for the playoffs, acquiring sturdy defenseman Jake Muzzin from the Los Angeles Kings. Still, Toronto has a lot of work to do if they want to be competitive in the postseason.

Bringing in another top-four defenseman would represent a worthy move. Even with the Muzzin acquisition and the emergence of Morgan Rielly as a Norris Trophy candidate, getting a right-handed puck mover would add to the team’s biggest weakness. Detroit’s Nick Jensen would be a perfect fit. The Leafs’ offense is dynamic, but if GM Kyle Dubas can get a veteran winger who can fit in on the second or third line for a reasonable price, he should be all over it. Toronto’s got plenty of young players and assets to dangle to facilitate a deal.

Elsewhere, getting a veteran backup goalie to spell Frederik Andersen or start in case of emergency would be wise. Garret Sparks is an OK backup, but if Andersen goes down, it’d be a huge risk to rely on him. Toronto could be very active before the deadline as their future is now. The Leafs are really good and with a few moves could be primed for a lengthy playoff run.

Pittsburgh endured a brutal start to be right in the thick of playoff contention in the East. But with star centers Sidney Crosby and Evgeni Malkin both 30+ years of age and an expensive roster, the Penguins need to take advantage of their closing window.

The Penguins addressed their depth by swapping forwards Derick Brassard and Riley Sheahan with Florida for Nick Bjugstad and Jared McCann, but GM Jim Rutherford needs to keep improving the team’s forward depth. Someone like Detroit’s Gustav Nyquist would make sense – he could be had for relatively cheap, is a free agent at the end of the year, and could make an immediate impact. It also wouldn’t hurt for Rutherford to look for a veteran defenseman who could spell the bottom pair.

Pittsburgh doesn’t need to swing for the fences in making a move, but making some minor improvements at the deadline would benefit them.

The Hurricanes are playing great hockey in the last month, propelling them up the standings in the East. However, even with the recent addition of right winger Nino Niederreiter from the Minnesota Wild, Carolina needs top-six talent to support All-Star Sebastian Aho.

Loaded with good young defensemen, the Hurricanes have what most teams crave. Trading one of Dougie Hamilton, Justin Faulk or Brett Pesce in order to get back a goal-scoring center would seem like a perfect move. In an ideal scenario, Carolina and the Maple Leafs could work out a deal, as they’ve both got what each other needs.

Petr Mrazek and Curtis McElhinney have kept the Hurricanes afloat between the pipes, but if the team’s serious about competing this year adding a veteran starter like Detroit’s Jimmy Howard might stabilize a glaring weakness. It’ll be interesting to see what route Carolina chooses at the deadline.

The Predators are looking to return to the Stanley Cup Finals after losing in six games to the Penguins back during the 2016-17 playoffs. Nashville’s core remains as talented as ever, but adding a top-six winger should be a priority.

With the likes of Panarin, Ottawa’s Mark Stone and New York’s Mats Zuccarello reportedly available, the Predators could be wise to dangle their first-round pick in order to make a move happen. Trading a second-round pick to New Jersey for Brian Boyle and a seventh-rounder to Colorado for Cody McLeod was a massive overpay, and gives Nashville a little less to work with. Still, bringing in a big name would solidify the Predators’ chances in a surprisingly weak West.