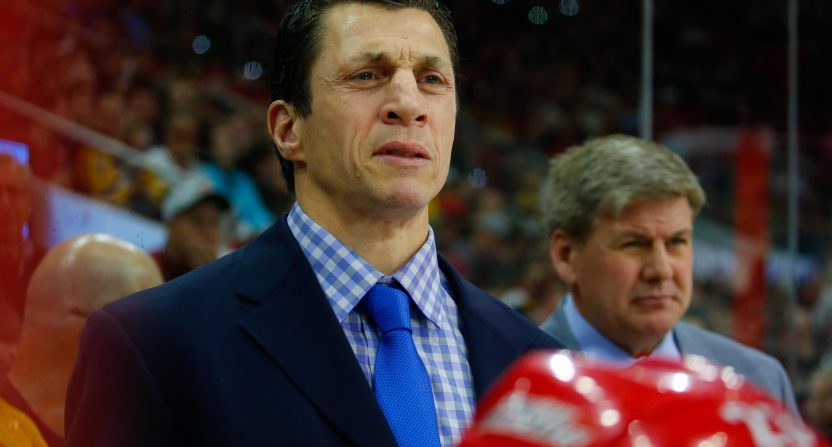 After former Carolina Hurricanes head coach Bill Peters left for the Calgary Flames, it felt like another in a long line of internal moves for the team. Owner Tom Dundon acquired the team and let it be known that he would be more hands-on with his approach. With many open positions within the organization, there were more questions than answers. It appears a spot has been filled as former team captain Rod Brind’Amour has been named head coach after serving as assistant coach for seven years.

In addition, the Hurricanes announced that Don Waddell will be president and general manager.

Having had an analytics-based approach, the Hurricanes have underperformed in recent years despite rising expectations. Enter Dundon, who serves as Chairman and Managing Partner of Dundon Capital Partners and now the majority owner of the Hurricanes. He will throw a beloved figure in Brind’Amour in the proverbial fire after Ron Francis was moved from general manager to president of hockey operations to no longer being with the team. Moving former players in and out can not only damage the team itself but their legacy as well.

Hurricanes better off with Waddell / Brind'Amour over Francis / Peters? Not quite the revolutionary shakeup we were expecting from Dundon.

The Hurricanes have a Stanley Cup under their belt in their relatively short history and Brind’Amour was a crucial part of it. Now, he will try to lead them back there as the coach. They will also have the second overall pick in the 2018 NHL Entry Draft giving them a solid building block. As a southern market that has seen consistent losing in recent memory and a new owner, the leash could be short if a turnaround doesn’t start and start quickly.