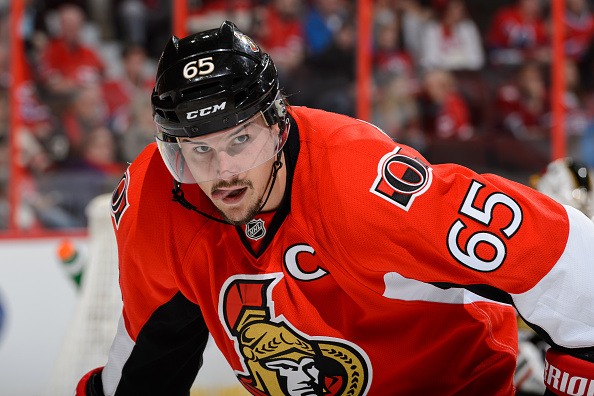 Patrick Kane’s streak is over, but ours is just still going strong. It’s time for another installment of The Comeback’s weekly hockey mailbag!

1. What are your thoughts on the hideous Pacific Division? It might get two teams into the playoffs with 80 points while two teams in the Central miss with 90 points. Should the NHL change the playoff format?

I remember when the NHL announced the league was bagging the six-division format and returning to the four-division setup you see today. It harkened back to my Patrick, Adams, Smythe and Norris days. I could not wait for it. As you may know, anything that existed when you were young is better than the new things of today.

But it turned out it wasn’t going to be like old times, because of the imbalance in the conferences. Suddenly, the NHL foisted wild cards upon us. I’ve never been subjected to it, but I imagine this is how people are tricked into going somewhere only to be locked in a room for hours while a guy tries to sell you a time-share condo in Ft. Lauderdale. “Yeah, yeah, the top four teams in each division make the playoffs, although, if you come with me, I can give you a great rate on one week at Wild Card Beach Towers in mid-February for a great price.”

Meanwhile, people are whining that the Oilers are getting too many No. 1 picks, not that they could theoretically be a sub-.500 playoff team. The NHL wants to be a big-time league like the NFL so maybe they’re excited about having their own version of 7-9 teams making the postseason.

Just go top eight. Fans don’t care about these divisions, especially when some matchups only happen four times a season to accommodate playing everyone in the other conference at least twice. Raise your hand if when you go to check the standings, you click right on the wild card standings and totally ignore the division standings. If you didn’t raise your hand, what are you doing?

2. Did you see the story about the contract demands of all the Jets free agents? Who would you re-sign and who would you let walk? Also: Would you trade them at the deadline if the Jets are out of it?

The Jets probably will be one of the Central teams screwed out of a playoff spot by a crummy Pacific team, so GM Kevin Cheveldayoff will have a tough decision if his team is selling at the deadline.

The easiest decisions are letting Dustin Byfuglien go and re-signing Jacob Trouba, no matter the team’s situation. Byfuglien is very good, but he’s a heavy-set man turning 31 in March. Someone will overpay him in July and it shouldn’t be the Jets. Trouba is 21 and an RFA, so the Jets will low-ball him a bit, as the CBA demands. He’s very good and you can’t let that type of asset go.

The issue is Andrew Ladd. He’s your 30-year-old captain who is good for 50-to-60 points per season. He reportedly wants six years and a shade less than $7 million per season, which is a boatload for a player of his age and caliber. Yeah, he’s your captain, but he’s captain of a ship that has never gotten more than 40 feet from the dock and when it did, it immediately sank.

I’d pay Ladd. See if he’ll take five years and $30 million. He’s worth it. Plus, the Jets pack their building now, but if you do too much selling in what could be another season devoid of playoffs, you run the risk of pissing off your fans. You don’t want to sign a guy just because of that, but Ladd is should be worth that deal over five years.

Once Ondrej Pavelec’s deal comes off the books after 2016-17, the Jets have a chance to be a regular playoff contender.

@davelozo How many actual good teams are there in the NHL right now?

I don’t know if it’s because there’s a salary cap or it’s simply the natural result of the evolution of the sport, which features players reaching the threshold of size and strength, but it seems like not much separates the good from the bad these days. Everyone has the same access to the same information about how to train, how to practice and how to maximize skill. What more can we do in terms of employing never-before-seen coaching strategies?

It all comes together to produce a league where every team sort of melds into the others. It’s hard to tell the good from the bad. Throw in the fact that luck plays such a huge role in the outcome of games and it’s damn near impossible to parse the differences between the 12th- and 25th-best teams.

I’ll break this down into teams I know are good and teams I think could be good.

I know they are good: Montreal, Washington, Los Angeles, Dallas

In that second tier, those teams can go either way. Detroit is five points back of the lead in the East yet their goal differential is even and they just lost to Buffalo. Tampa has been a mess for about 30 games but the roster is so talented. Maybe the Rangers figure out they should defend the area around the crease. Maybe they don’t. Chicago feels like Rob Scuderi can help them.

You will probably consider those second tier teams “good” at some point this season.

In the first tier, I think you know what you’re getting out of those teams over 82 games when they are healthy.

Based on sheer math, one bad team makes the playoffs every year in this sport, seeing as how if you are No. 16 out of 30 you are, by definition, below average. And almost everyone not listed has a chance to appear to be a good team because of the aforementioned luck and bounces that define this sport.

So, four teams out of 30. You probably only want one or two more teams to be actually good in a league that size anyway. A lot of games are flat-out unwatchable because teams are so system-reliant and sometimes tired because they are playing a contact sport on consecutive nights.

This is a good point. There’s neither animal-based shenanigans around the NHL’s big events nor is there anything involving celebrities. The NBA has a celebrity game where Mone Davis takes Kevin Hart to the hole; the NFL has a puppy bowl; MLB has a softball game where Rollie Fingers pitches to someone on a Fox sitcom.

The NHL has none of that.

So should the NHL go with animals or famous people at the All-Star Game or Stanley Cup Final? 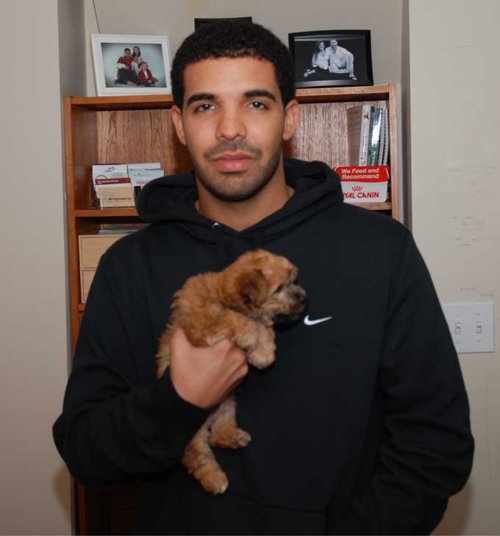 My idea: The NHL All-Star Co-Ed Celebrity and Animal 3-on-3 Extravaganza

Each team gets a puppy and two celebrities. To accommodate the puppies, the game is played on asphalt, no skates. We want this to be safe for the animals. So imagine one team with a puppy, Chloe Grace Moretz and Tim Robbins and another team with a puppy, Carrie Underwood and Drake. The goaltenders are trained bears.

The puppies are highly trained to fetch, so we will have famous dog trainers Cesar Milan and John Garcia sitting inside the bear-guarded nets clapping and saying, “Come here!” to the dogs. Humans can’t check the dogs. The dogs can attack the humans. If the dog carries the puck into the net and past the bear, goal.

Games last 10 minutes. They are refereed by monkeys on roller skates pulled by cats.

I’m being told that PETA is banning me from all zoos and wildlife parks for the rest of my life.

@davelozo always wondered, why can't goalies be captain? Thanks Dave

Goaltenders can be captains; they just can’t wear the ‘C’ because back in the day, a goaltender that wore the ‘C’ would leave his crease to argue with officials, thus creating lengthy stoppages and a rule change.

I don’t know what prevents a regular skater wearing a ‘C’ from doing the same thing. If Henrik Sedin really wanted to make a stink about something just to give his teammates a breather, he could.

I’d argue all kinds of inane stuff if I were a team captain. “So, wait, what you’re telling me is you agree with the hospital? Come on, stripes. A patient in that hospital’s care made his way to the roof, jumped off and landed on George Costanza’s car, thus destroying it. The hospital should absolutely have to pay for the damage, as their negligent care is what resulted in the damage.”

This question also makes me wonder about ice time in hockey 20 years ago, when every single whistle after a goalie stopped the puck resulted in a 45-second machismo-fueled shoving match near the net. Did star forwards get like 26 minutes of ice time while teammates stalled with face washes and crap talking? Was there even a need for a fourth line during some games? Is that part of the reason why point totals used to be higher for elite players? Those players just played more?

I submit that previous paragraph for your mailbag.

Isn’t it great how “He doesn’t kill penalties” is supposed to exclude you from winning the Norris but not the Hart? One day, we should make up a list of all the dumb things that get said in every sport that we take for granted. “With a 4-9 record, may as well go for it here on fourth down!” is my favorite, as if the wins and losses in previous games have any bearing on the chances of converting this particular fourth down.

His Fenwick-relative is around +4 percent, which is phenomenal for a player that matches up against the opponent’s top players. He’s third in ice time (27:30) in the NHL and plays six more minutes than anyone on the Ottawa Senators. He’s fourth in scoring with 34 points.

The Senators are a playoff team with him yet without him, they’re probably sliding into tank mode. Karlsson’s candidacy feels a lot like Mark Giordano’s last season. If he avoids injury, remains in the top 5 in scoring and the Senators sneak into the playoffs, I’d consider voting for him.

7. If you owned a bar that needed rescuing, what would the name of it be, specialty drink, ambiance & subsequent interactions w/ Jon Taffer, and what would the new name be?

Taffer interactions: There’d be one in the kitchen, where he questions why I believe sprinkling shredded cheese on beef Hot Pockets is something that should be on the menu for $9, and one behind the bar, where he asks why the only mixed drink my bartenders know how to make is a White Russian while I’m drinking a White Russian.