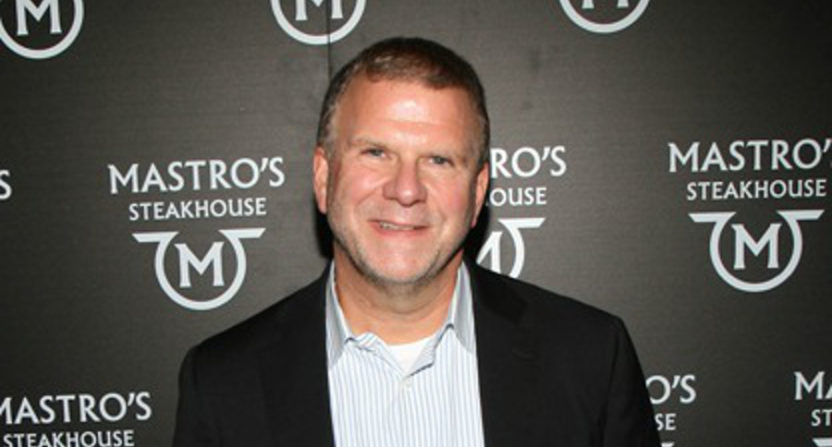 Houston is the fourth-largest city and the seventh-largest television market in the U.S., but there hasn’t been a lot of talk about putting a NHL team there thanks to former Houston Rockets’ owner Leslie Alexander controlling their arena and not being particularly interested in buying a hockey team or having someone else’s team play there. With the Rockets sold to Tilman Fertitta for over $2 billion in September, though, it looks like that could change, as Stephen Whyno of The Associated Press writes:

Fertitta released a statement Thursday confirming interest in a hockey team in Houston. He recently met with league officials.

“I’m very interested in the possibility of bringing the NHL to Houston, but it will have to be a deal that makes sense for my organization, the city, fans of the NHL throughout the region, and the NHL Board of Governors,” Fertitta said. “We are in the very early stage of evaluating what opportunities may exist but there is nothing definitive at this point in time. We are simply asking questions and exploring our options.”

NHL Commissioner Gary Bettman told The Associated Press before the season that if Fertitta had any interest in a franchise, he’d expect to hear from him. Former Rockets owner Leslie Alexander had been considered a roadblock to the NHL in Houston.

“It’s the fourth-largest city in the United States, which is interesting, but there hasn’t ever been any interest because the (former) owner, Les Alexander, controlled the arena and never wanted a hockey team unless he owned it, but he was never prepared to acquire one,” Bettman said. “He had no interest in having a hockey team owned by somebody else come into his arena, so there was never an opportunity to go there.”

It’s a long way off from this happening, and there are questions about just how viable a NHL team would be in Houston. For one thing, big TV markets alone don’t automatically equal NHL success, as Atlanta (9th) and Phoenix (11th) could tell you. Houston also has plenty of other sports teams competing for sponsorship and ticket revenue, including the NFL’s Texans, MLB’s Astros, the NBA’s Rockets, the University of Houston Cougars, and the NWSL’s Dash.

The city does have a hockey history thanks to the WHA’s Aeros, which played there from 1972-78, and the subsequent IHL/AHL team of the same name that played there from 1994-2013, but that doesn’t automatically mean a NHL team would receive huge support, and Fertitta’s expression of interest was pretty muted at this point.

And there are already notable NHL expansion or relocation contenders in Quebec City and Seattle (where city council gave an important unanimous vote of approval on amendments to the Tim Leiweke/David Bonderman/Jerry Bruckheimer group’s KeyArena renovation plans Thursday, paving the way for a Dec. 4 final vote on that memorandum of understanding), and Houston isn’t necessarily jumping the queue.

But at the very least, it’s notable to have the Houston roadblock of Alexander removed and to have Fertitta publicly declare some interest. And the NHL would certainly be at least intrigued by the idea of a team in Houston, a big market that already has a presumably-workable arena and one that could provide a rivalry for the Dallas Stars. Stars’ captain Jamie Benn told Whyno he thinks a team could work in Houston:

“I think the market of Houston could definitely hold a hockey team and having a basketball team there, football and baseball,” Benn said. “I don’t see why hockey couldn’t fit. I think it’s just taking the step to trying to get a team there and finding people that are passionate about hockey in Houston.”

We’ll see if these discussions actually go anywhere, but having Houston in the NHL conversation for the first time in a long while feels notable, and that might change the expansion/relocation talk a bit.

This is one heck of a cross-promotion.

This is one heck of a cross-promotion.