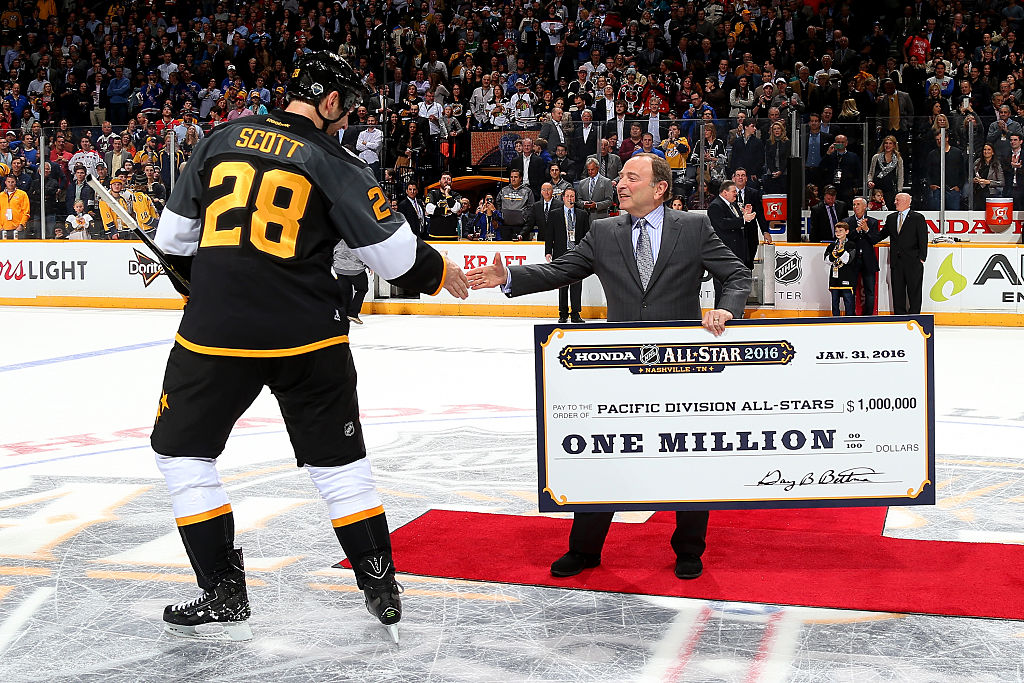 When John Scott went to the NHL All-Star Game last year in Nashville, plenty of people in the hockey world were outraged that the “sanctity of the game has been tarnished” or some other nonsense like that. Other people, like me, loved the occasion and the celebration of hockey’s lesser known and lesser appreciated players, or the guys that made up the glue of most teams. And Scott wasn’t out of place at all at the game, since he helped his Pacific Division team win the 3-on-3 competition.

But the NHL, because they hate fun, isn’t keen on this happening again.

What they’ve done in order to prevent another John Scott from making it to the All-Star Game is instituted these guidelines for who can and can’t be selected as voting opens:

Essentially, the league is saying that players who have been demoted to the AHL from November until the game itself are now ineligible for the All-Star game, which is a dang shame and also serves as an easy out in case someone like Florida’s Shawn Thornton picks up a head of steam. It’s also quite a bummer for most injured players in the league, as they’re ineligible to be on the ballot until they’re activated, so for players like Jack Eichel, who should be at the game, they’re SOL.

Otherwise, the NHL has put all players to be eligible on the ballot once more, with the only caveat being that if they’re demoted, they are now unable to play in the game. The 3-on-3 tournament with fans voting for each division’s captain is the format that will be used this year, which is one of the few things the NHL has gotten right about the All-Star Game in recent years.

There will never be another “John Scott” in the All-Star Game, i.e. the perfectly Hollywood combination of the grassroots vote, the NHL trying as hard as they can to keep Scott away from the game but failing miserably, and the league becoming the perfect heels for this story of triumph, perseverance, and sticking it to the man. Another player like Scott could in theory still make it, though the magic of last year is probably not being matched again.

Voting starts December 1. If you want to vote for someone like Scott, may I recommend Florida’s Shawn Thornton? He’s not getting sent to the AHL anytime soon, if you know what I mean…