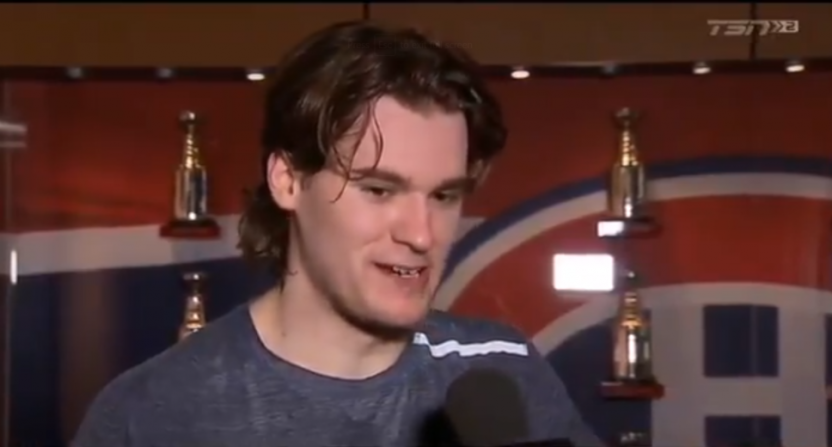 The tale of the Ottawa Senators’ dysfunction this season has been well-told, including the team trading Mike Hoffman this summer after teammate Erik Karlsson’s wife accused Hoffman’s girlfriend of cyberbullying, trading Karlsson himself to the San Jose Sharks in September for a less-than-impressive package of prospects and picks, having their general manager struggle for four seconds before saying “We’re a team” when asked what he was optimistic about, and the whole thing with players trashing coaches in a video recorded by an Uber driver.

Oh, and that video led to access retaliation against one of the papers that published it, and to a bunch of suspicious bot accounts going after that paper. And that’s before you get to owner Eugene Melynk suing a partner in an arena plan, and a whole lot of controversy between the team and the city. And it appears the rest of the NHL has been paying attention to the mess in Ottawa, with Montreal Canadiens’ forward Jonathan Drouin saying in a TSN interview about the team’s repeated games against the Senators (Montreal won 5-2 Tuesday, but the teams play again Thursday, and then yet again on Dec. 15) “We hate those guys like they hate each other” before correcting to “like they hate us”:

Why is no one talking about this slip up from Drouin about the Ottawa Senators? 😂😂😂 pic.twitter.com/MQAnypM7n9

That’s just hilarious, and it’s hard to dispute with all the internal fighting in Ottawa that’s come to light publicly this season. But hey, maybe the Senators can use Drouin’s quote as some bulletin-board material, and momentarily put their differences aside to come together against the Canadiens. Whether or not they do that, Drouin certainly gave us one of the best soundbites in a while, even if it was inadvertent.