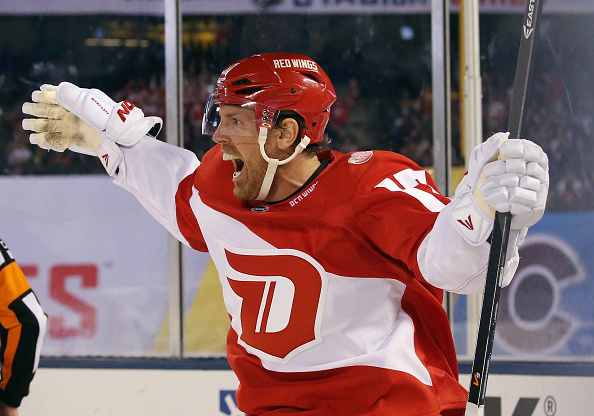 In 2017-18, the NHL will welcome the Las Vegas (WHATEVERS) as the league’s 31st team. New owner Bill Foley will fork over the $500 million expansion fee and the NHL will help wealthy owners buy a few helicopters and boats.

But for little people like us, it means one year to prepare for what that team will look like. Expansion draft rules have been leaking and thanks to a fun tool at General Fanager, any old idiot (like me) can pretend to be the GM for all 30 teams and protect the players you think will be unavailable for next year’s draft.

So for fun, and since the NHL wants us to believe that the Las Vegas Aces will be competitive (unlike past expansion teams), I decided to use the General Fanager tool to get an idea as to what the Las Vegas Buffets will look like.

As you’ve probably already discerned, as great as the General Fanager tool may be, there’s a massive amount of guesswork involved beyond getting in the heads of GMs when it comes to protecting their seven forwards, three defensemen and one goaltenders a year from now. Where will this year’s current crop of UFAs sign? Will they sign multi-year deals? What about trades? 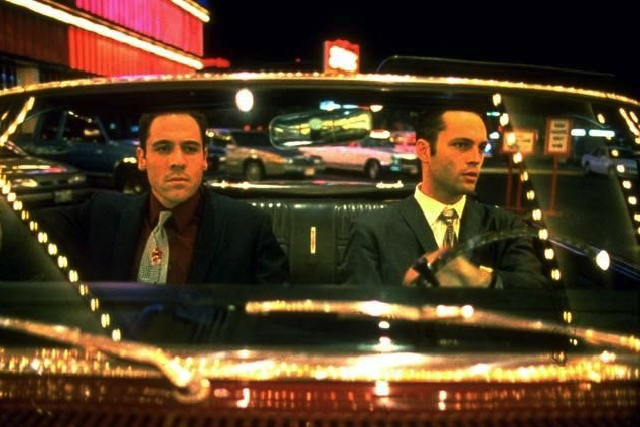 There’s a whole lot of speculation that goes into this, but hey, it’s the middle of June, free agency is two weeks away and why not have a little fun?

So after cycling through all 30 teams, carefully deciding which players to protect and making a few logical leaps, here is a projection of the 2017-18 Las Vegas Sigfried & Roys roster:

So here’s the thing: No matter how you want to pick and choose from available forwards, no matter what GMs do in real life to protect a player that may not be eligible for protection now, it is a sea of mediocrity. The Las Vegas Double Downs should have a bounty of third-liners and reclamation projections from which to choose next year.

Moulson has a $5 million cap hit through 2019, a reputation of a hard worker and good teammate, and has produced in the past. So he has all the trappings of the big-money forward the Las Vegas Hangover Wasn’t Funnys need. The same can be said for Vanek, who (enter commentary about his gambling past here).

Richards will be 37 next year, which means he will be satisfied to retire with two Cups or he will want one more year in the league. His experience and leadership would be valuable to the Las Vegas Spearmint Rhinos, who are setting up to be a roster full of depth forwards.

Campbell can be that tough, gritty, championship-winning veteran that sets an example for blah blah blah. Predicting this roster is a fool’s errand but I’ve got $20 that says Campbell is a member of the Las Vegas Ocean’s Elevens next season.

On the other hand, there are so many defensemen available! This isn’t great, but it’s good. And you’re probably wondering why Jacob Trouba or Simon Despres aren’t here when both are available. I’m guessing that there’s no way that despite having three defensemen with no-move clauses now, the Winnipeg Jets won’t go into next summer with Trouba exposed. The Ducks are an in a worse position, as Fowler and Despres are both exposed now. Here’s to believing the Ducks will make a move that lets them protect Despres. (Or Fowler, who knows?)

This is bad news for fans of teams that are hoping to see their old, slow, overpaid defensemen take a hike next year. Brooks Orpik, Dan Girardi, Matthew Carle and Andrew MacDonald? Why would the Las Vegas Wayne Newtons take any of them when there are plenty capable defensemen available? Those four seem more likely to be victims of buyouts before they land in Vegas.

Johnson will have one year left at $4.3 million next summer, making him a strong option as the veteran on the blue line in year one despite not being very good.

Welcome to the portion of the mock draft that features the wildest guessing of all. Jimmy Howard will likely be available and maybe even Jaroslav Halak. But why go expensive and older when the Las Vegas Gamblers can go younger and cheaper? And if the Jets choose Connor Hellebuyck as the goaltender as the future, Hutchinson and Johnson can make a nice first-year tandem.

How many points will this theoretical team earn in 2017-18? As badly as the NHL wants this team to be competitive out of the gate, it’s just not going to happen. It won’t be a 24-point season like the Ottawa Senators had in 1992-93, but this team won’t be contending for anything except a top-five pick.